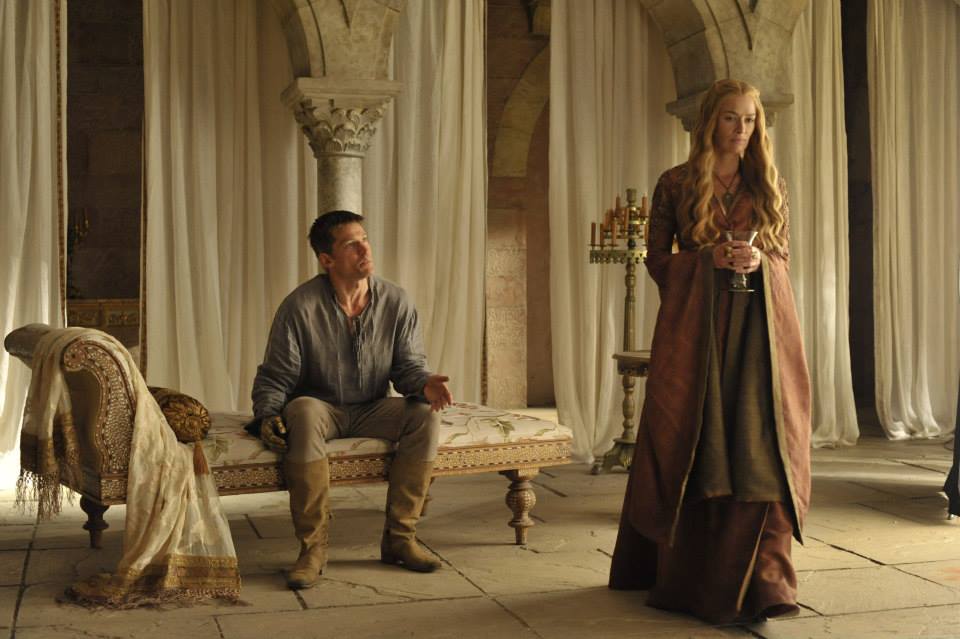 I decided to wait a week before commenting on the episode of Game of Thrones that will probably live forever as “That One With The Unnecessary Rape Scene.” For fans of the book, in particular, the showrunner’s decision to have Jamie rape his sister next to the dead body of his son seems misguided at best and misogynistic at worst.

But I am going to go ahead and blow my normal feminist cover: I don’t particularly care if the scene was misogynistic. I could talk a lot more about the use of the body as an object for both male and female characters on Game Of Thrones, but I don’t particularly want to. Last week’s episode made a poor calculation when it had Jamie unambiguously rape Cersei, but not because of the sexual politics of the move. The rest of the episode was obsessed with questions of women and power. Game of Thrones treatment of rape as an overall plot device is complicated and nuanced, and this particular instance (like the ones that precede and follow it) is a lot more than a simple piece in a sexual politics puzzle.

No the scene is problematic from a purely character stand point. Jamie Lannister raping his sister, and to me the scene certainly plays unambiguously, doesn’t fit with a Jamie so drawn to chivalry and romance. It doesn’t play with a Jamie who would do anything “for love.” And it doesn’t play with a Jamie who, in the very next episode, we are supposed to root for as he signs up with his brother. The only level on which it works, in fact, is as a step in Cersei’s character development, where she learns beyond a shadow of a doubt that the men around her cannot be trusted with her well being. In the book, the scene reads similarly (and still kind of rape-y), but it’s obvious that Cersei lusts after and wants her brother. Taking away that ambiguity makes for less interesting scene, and a less interesting Jamie.

But aside from that, how’s the show faring? Well this week’s episode, called Oathkeeper after the sword Jamie gives Brienne as he sends her off to find Sansa Stark, is notable for being one almost entirely created within the show universe. Jon Snow’s jaunt over to Caster’s Keep, the white walker mythology getting fleshed out, everything with Bran – these are all show unique inventions that still fit perfectly within George RR Martin’s world. They keep the show fresh, just when the books started feeling stale.

The show is also doing great things with Daenerys, who at this point in the books I was beginning to seriously tire of. They do a great job of tying her conquering in thematically with the power struggles of the gang over in Westeros while still maintaining her storyline as its own unique beast, uniquely suited to Dany’s character arch. I spoke earlier about the rape episode, “Breaker of Chains,” being a construct full of examinations of women’s power. Dany’s is one of the most interesting here, as she seizes power in a way that is uniquely feminine and compassionate. Unlike Cersei, whose quest for power is always rooted in the male gaze (sleeping with people to gain their allegiance, showing her physical might), Daenerys rules as a mother figure, offering freedom and love over the male rulers. It’s a storyline that’s about to get a lot more complicated.

In “Oathkeeper,” she’s leading a massive, violent slave rebellion that sees her taking down a whole city without so much as wielding a sword. It’s a storyline that’s a mishmash of a lot Dany stuff in the book, and it’s further evidence that the showrunners know what they’re doing.

Also taking fate into her own hands? Margaery Tyrell who this week has a cringe worthy scene of emotionally seducing the young Tommen Baratheon. Margaery and the Queen of Thorns (who this week basically takes responsibility for Joffrey’s death, along with Littlefinger) remain two of my favorite characters, even if seducing a pre-teen for power seems more than a little icky.

But the real action this week is up north, in the decidedly masculine land beyond the Wall. In order to let the mutineers do their dirty work for them, Jon’s bosses at the Night’s Watch send him off to quell the rebellion. Before he can get there, however, Bran and his crew (HODOR!) fall prey to the mutineers. Let’s take a quick question just to make it clear how fucking gross the show makes the mutineers. They violently, disgustingly rape all of Caster’s daughters, lock up Ghost, and basically live like disgusting little kings. It’s enough to make you miss Caster. It fulfills another of Game of Thrones pet themes: that without order or rule, men basically turn disgusting and cling cruelly to every little scrap of power they have. I am very much so looking forward to someone coming and killing all of them, freeing Bran (and Ghost! POOR GHOST!), and then killing all of them again.

I’m worried, sincerely, about some of the choices that show runners are making, and what it says about how the show is going to handle the two most boring books (and, past that, getting beyond the books) but I think the past two seasons of ground breaking awesomeness has earned them a little slack. A lot of this season has been fascinating, horrifying, and just as beautifully put together as anything the show has done, and I cant wait to see even more of it.