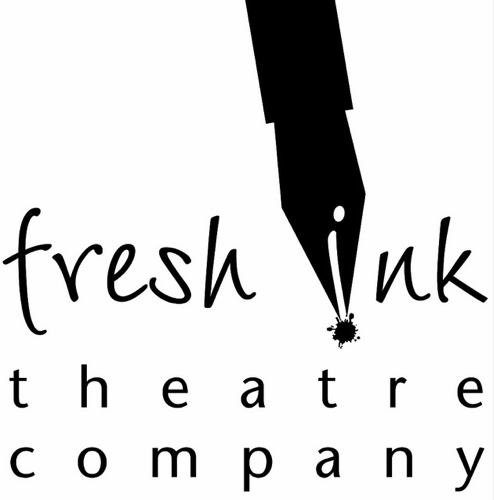 Plays are short. Obviously, we’ve all been to plays that feel far too long, but when it comes down to it, a full-length play has only a few hours to express everything that the playwright wants to say. A novelist can ramble for hundreds of pages but a playwright must be brief, confining all the grandiose reflections on the universe that she wants to make in about two hours of drama. The trouble with Fresh Ink Theatre’s latest premiere of 1 2 3 is that playwright Lila Rose Kaplan forces too many plots into a two-hour piece, leaving no time for any point to develop compellingly.

1 2 3 tells the story of three nameless teenage sisters, only called 1, 2, and 3, who try to remain in contact with each other after their terrorist parents go to prison. Meanwhile, 2 takes up ballroom dancing and starts dating her instructor/partner. From the get-go, the major problem with 1 2 3 is that it feels like two different plays happening at once, a play about 3 sisters and a romance filled with dance. The romance never feels like it informs or connects with the play’s central story about the three sisters. Even as the love story complicates and involves the other sisters, it never feels like it has anything to do with the parental/interpersonal issues that the girls face during the remainder of the play. The plot disrupts further as Act 2 jumps forward in time about ten years and we’re introduced to the characters experiencing new struggles as adults. It’s as if 1 2 3 is not 1, not 2, but 3 plays all stuck together in one evening.

The play begins with little exposition as we’re thrown into the world of the sisters’ exuberant personalities. Louise Hamill and Lydia Barnett-Mulligan as 1 and 3, respectively, give highly theatrical, energized performances. An animated approach makes sense for the characters, especially for Barnett-Mulligan, who’s still a childish pre-teen in Act One. The Factory Theatre is such an intimate space, though, that the actors’ gestures and vocalizations feel a bit too in-your-face, and it becomes exhausting to spend the evening so close to such animated people. Intimate black box theaters, where the entire audience is just a few feet from the actors, lend themselves to an almost cinematic level of close-up, subtle nuance, even in a high-octane work. Perhaps the fringe companies that work at the Factory are so full of young artists out of college with great enthusiasm and a taste for highly theatrical material that they keep producing work inappropriate for a tiny space.

Sarah Gazdowicz gives a more even-keeled performance as 2, with the kind of relaxed focus and nuance that works well with intimate theater. Joan Mejia as the dance instructor/love interest is by far the most understated performer, complimenting the girls’ excitability with a cool reserve. Yet, he’s so cool and relaxed that whenever his character has a pivotal moment, where something like a marriage proposal happens, it feels unexpected and emotionally unjustified.

The script is largely to blame because many moments in the play happen without any dramatic initiative. There’s the proposal scene and a death scene that come out of nowhere, with no build-up in the text and no way for the actors to progress through their arcs in a way that makes sense. Almost every moment in the play just happens with no logical reason behind it. Why does 2 start taking dance lessons? Why is 1 giving a lecture at a college? How did we end up in Sturbridge Village at the end of the play? It’s as if the only reason that events keep happening in the play is because the playwright had an idea for something interesting to happen. With no dramatic flow or justification, the events of the play lose their believability. It doesn’t help that the show is so fast-paced that the actors barely have time to react to anything that’s going on. But if the pace slowed down and Kaplan added some material to make the plot flow better, the show would run four hours.

On a technical level, the production makes impressive use of the Factory Theatre’s limited staging resources. This is the first show that I’ve seen at the Factory with good lighting. Juliana Beecher’s design utilizes purposefully exposed bulbs that don’t try to shield the theater’s naked lighting system, a system that’s always distracting with more realistic sets. Anita Shriver’s set design is impressionist and symbolic, with strange patterns of laundry on clothes strings that reflect the characters’ desires to create a comfortable home.

But the technical elements can’t overcome 1 2 3’s script problems. Kaplan is an acclaimed playwright whose more successful work has played at the A.R.T. to raves and even at the prestigious Old Vic in London. Perhaps if she drastically simplifies the play, 1 2 3 could become a solid piece of drama. The premise of three daughters of terrorists striving to stay connected is appealing, but in its current form, 1 2 3 tries to do too much and ends up offering too little.