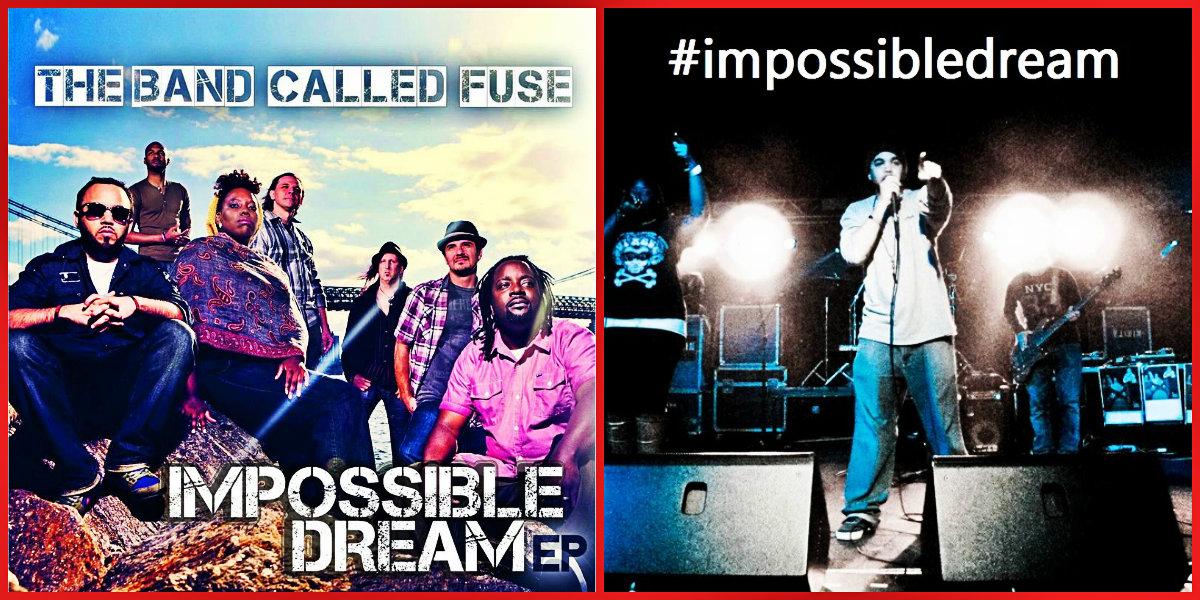 Artists have a tendency to show their roots whether it’s the music that inspired their current love for music or the nations that raised them. The Band Called FUSE hails from a multitude of locations bringing diversity to the crafting table when writing starts. Sometimes the results could be a lackluster cluster of noise due to the pride each member brings but the other times, when the synergy is clear the music moves along in great strides. All seven members have found a way to, forgive me, fuse their personal flavors seamlessly on their recently released EP Impossible Dream.

This EP has range. We have a storyteller’s lyrical sense, guitars showcasing heavy riffs or contemplative atmospheres, and a conversation between multiple vocalists that happens with ease. The centerpiece track being “Last Call”, a track that oozes an immediate sense of closing hours at a bar on a rainy night and everything you’ve done is looking back at you in that empty glass. It’s a showcase for their ability to turn the amps down and be introspective.

Bookending the EP we have ferocious tracks that equal in distortion and rough-necked ways. It’s a great way to move through the 5 track EP – start hard, bring you in with energy and let you get lost in it and before you realize, you’re calmed down by crooning only to get caught back up in the constructed noise as it slowly builds up again. And that noise, even if it is a ground that has been treaded by a few before them, is incredibly crafted.

Those roots I mentioned before, specifically music this time, maintains this blend of 90’s era rock, soul, & hip-hop. Obvious comparisons to Rage Against the Machine are obvious but you can also hear elements of Black Star in here when we focus more on the hip hop side or Jill Scott when the gentler side shines. A lot of music fans will find something in this and I’m sure will eagerly want more afterwards.