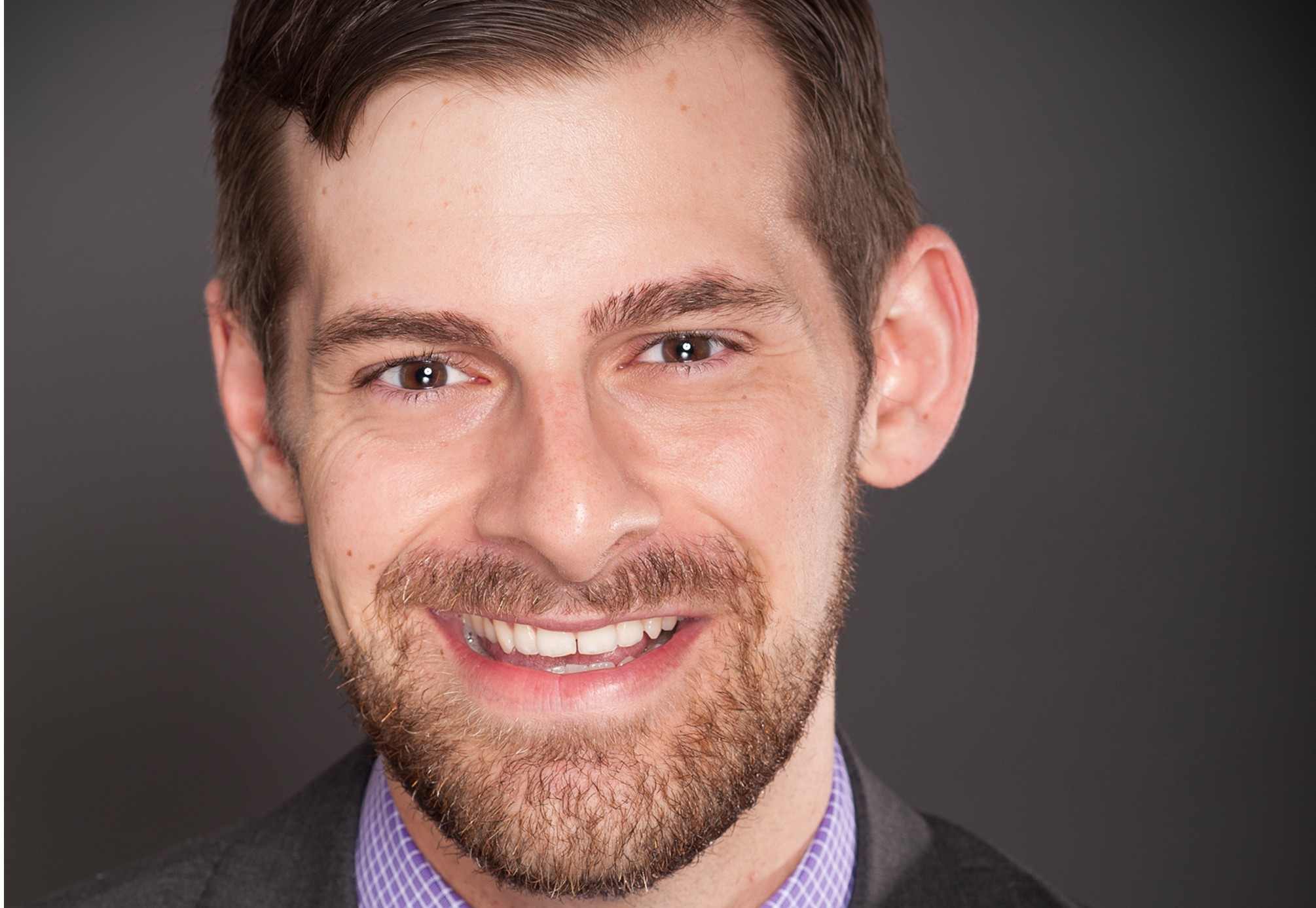 Thomas Middleton played the mysterious Alidoro with a rich and expressive baritone voice in the Boston Opera Collaborative production of Rossini’s La Cenerentola (Cinderella) for which he is nominated for Best Supporting Actor in a Musical/Opera. Thomas talks about some of the challenges of playing the non-“Fairy Godmother” role in this classic story, how he prepares for his operatic endeavors, and his love for pizza.

Can we start by you telling us a little about your background? Where are you from? How did you get involved in theatre and, specifically, opera? What is your training and education?
I am from Timmonsville, South Carolina. I come from a musical family, and some of my earliest musical activities involved singing in my church choir (which my aunt directed) and doing little plays and musicals in church. From there, I began singing in school choirs and playing trumpet in the school bands from grade 5 up through high school. I also studied guitar and I was a jazz guitarist in high school. I performed in my high school’s show choir and chamber choir (the South Florence Choraliers), so I did a lot of classical and musical theater. I got my first real taste of the theater as a sophomore when I sang the role of Andrew MacLaren in Brigadoon.  I had a great time doing that and, during the next summer at a band camp, I decided I wanted to do music professionally. When it came time to choose what instrument to study professionally, I chose voice, specifically classical voice, because I simply felt a connection with being able to act and sing to tell a story and connect with the audience in that way.

How did you prepare for your role in La Cenerentola?
I began the same way I start every role: I scan the score to see where I sing and highlight my part, then I translated it word-for-word.  After that, I listened to a Met Opera production to get a general idea of what the show sounds like. From there, I spoke through the text over and over to get a feel for the language. Then I drilled the rhythms, and finally the pitches.  Then, I took what I had prepared to my vocal coach and teacher. When it came time to begin the production process, Andrew Altenbach (nominated for Best Director of a Musical/Opera for La Cenerentola) spent a lot of time coaching me and the rest of the cast, making sure that we were ready to go by the time that staging began. That, of course, is the musical part of preparing for the role.

For the dramatic portion, I read and re-read as many different versions of the Cinderella story as I could find.  My role as Alidoro fulfills the “Fairy Godmother” character in the traditional story, but in a non-magical (and non-female) way.

What was the most challenging part about performing such a traditional story? What was the easiest part? Did you have a favourite moment?
It was challenging taking on what is the “Fairy Godmother” role in the traditional Cinderella story because: 1) I was not a woman and 2) I do not have magical powers. I had to tap into something different to create a convincing performance, so I played Alidoro as an advisor to the Prince and Cenerentola, rather than a magical entity.

The easiest part of performing this story is that Rossini (composer) and Jacopo Ferretti (the librettist) took care of changing this traditionally magical story into a non-magical one with the material itself.  The story just made sense.

My favorite moment, in regards to the opera itself, is the Act 1 quintet. It was really fun to sing!

How did you make the most out of your role? Why do you think audiences and reviewers reacted with such accolades for your work?
Honestly, I had a great time preparing the role under the direction of Katherine Carter (nominee for Best Director of a Musical/Opera for La Cenerentola) and she had me playing Alidoro with such specificity that it made it easier for the audience to connect with the character.  I suppose that is, in part, why audiences responded to my performance.

What have been some of your favourite roles? Any dream roles or productions?
Being relatively young, I don’t have many roles under my belt, but one of my favorites (besides Alidoro in La Cenerentola) was the role of Harašta in The Cunning Little Vixen at The Boston Conservatory.

One day, I’d love to sing Figaro in Il barbiere di Siviglia (The Barber of Seville).  This is my favorite role in my favorite opera and, hopefully, I will get to sing it sometime in the future!

Why do you think audiences react positively or negatively to opera? Why do you choose to perform it?
As in every entertainment or artistic medium, people connect with certain things. For some, opera gives them the chance to live through the characters and to enjoy beautiful music. For others, they may not enjoy sitting through several hours of singing to see the story unfolding.

I choose to perform opera because it makes me happy! There’s nothing like the excitement of stepping out on stage to sing in front of a packed house.

What is your favourite thing about Boston?
Obviously I love the strong musical scene.  It’s the reason I moved here! Other than that, I like the fall and spring seasons. Oh, and there is a plethora of good bagel and coffee shops here, which is not the case in my hometown!

What challenges you? What intimidates you?
I find it hard to plan out meals and to eat healthily when I get busy with school or a production. I try to eat well and exercise, but sometimes it’s hard when I’m busy.

I’m intimidated by the career of singing itself. It is a challenge, but I look forward to it!

How (if at all) do you think the genre of opera is evolving? How are new companies and productions performing historical works? Do you see any changes? Should there be?
Opera is definitely evolving. Or rather, the game is changing. In the current economy, many opera companies have folded and closed, or have had reduce the number of shows each season. It’s becoming increasingly harder to make a living in opera as a young singer, so it’s important for people of my generation to be involved with companies like Boston Opera Collaborative so that we can get experience singing while our voices mature.

I think that I asked this question to Sadie Gregg, but I expect that you’ll have an equally great answer. If you could be play any role of the opposite gender in any play/musical/opera/etc, which role? Why?
I would play Cio-Cio San (Madama Butterfly) in Madama Butterfly.  This opera was one of the first I did when I was in college at the Lyrique-en-Mer festival in France, and it holds a special place in my heart.  Cio-Cio San sings some of the most beautiful music I’ve ever heard, and I’m jealous that I can’t sing it.

Do you have any upcoming projects or productions?
I am heading to my hometown in April to sing a concert of baritone arias with the band at Francis Marion University in Florence, South Carolina.  I’m very excited to be singing on this concert because this will be a nice homecoming for me.

Do you have anything else that you want to share with our readers?
You all should go out and experience live theater and music.  It’s something that is important to me, and I hope you take advantage of your local options!