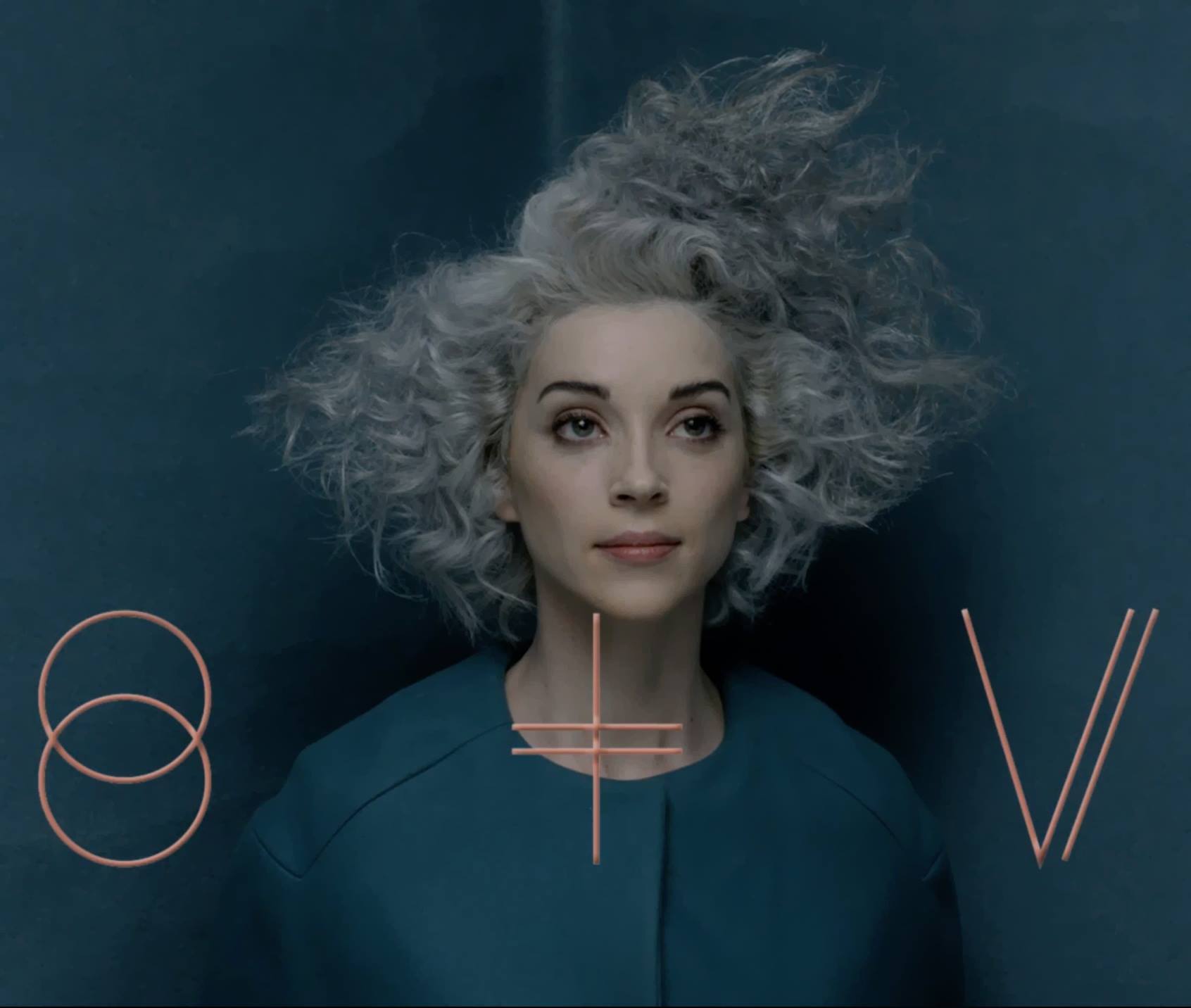 Annie Clark is not your normal artist. Every album has worked itself into this great little niche she’s been carving out where the music is challenging yet invasive. Debuting withMarry Me back in 2007, her sophomore album Actor (2009) was an incredible feat of balance between melodic pop and dangerous lyrics. I mean, with a track called “Laughing With a Mouth of Blood” one could expect such an experience. Two albums later – one being a collaboration with David Byrne – we reach our latest effort from the Oklahoma native and holy crap is it a fantastic time.

“Am I the only one in the only world?” Some of the first lines we hear and subsequently repeated through opener “Rattlesnake” are what I take to be Annie’s thesis for this album. Taken from a true story about running naked one night in Southwestern US, Annie heard the sounds of a rattlesnake near her and began running back to her friend’s ranch to immediately write the song. The intensity and fear is evident throughout especially after asking that question about loneliness; the only answer she gets is from a rattlesnake. However, there’s a freeness in her delivery of all this. Our narrator has found some sort of joy in this extremely aggressive situation and that’s a new idea for St. Vincent. Most of her struggles are internal, focusing on the problems which keep her stuck in her head. Here, we have her galavanting through the desert in nothing but her boots.

St. Vincent’s production shines from top to bottom. Pulling in some phenomenal talent for the sessions, the cohesion in its layering is astounding. “Digital Witness” delivers an incredible brass movement that instantly hooks you. Annie’s fluctuation in her deliveries blend seamlessly into each transition – sometimes adding to the punch or in other instances letting the music stand by itself as she just sprinkles a few harmonies on top.

St. Vincent showcases a side of pop that I believe has been lost within the music industry. It’s darker, and not in the forced mystique Lorde kind of way but in the way it grips your heart and shakes it. It’s an attack, a wake up call that seems really gentle however the deeper you go into that rabbit hole, you find yourself wondering where you are and if anybody’s at the other end. The way out is through they say.