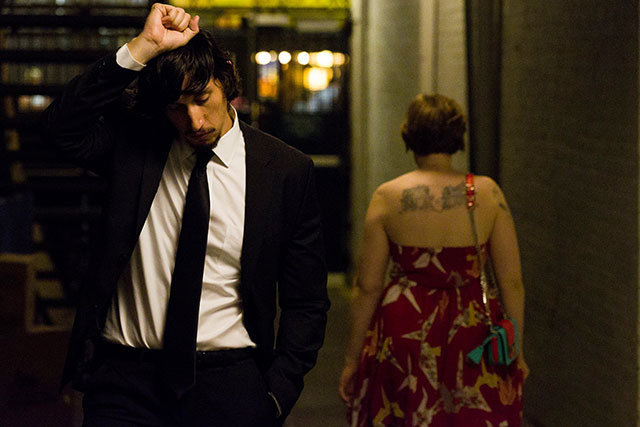 This season of Girls was kind of a downer. I really hope Hannah ends up going to Iowa, though. I think it would be good for everyone. Somehow I don’t see that happening. Maybe she’ll go and quit.

Let’s start with the absolute best part of the season finale “Two Plane Rides.” Caroline has been with Laird this whole time. I can’t even picture a better couple. These two are so great on their own, they have to be perfect together. And, they’re expecting! Caroline and Hannah talked about how it’s a probably a girl and they can feel a vagina forming in there, but I’m not sure that’s how that works. I really hope that they come back next season.

Shoshanna isn’t going to be the one to get her act together. During her year of debauchery, Shoshanna managed to fail Glaciology. I never took Glaciology, but it feels like one of those classes that every humanities major takes so that they don’t have to worry about passing. Anyway, Shoshanna failed it and now she’s three credits short of graduating. My heart actually broke for her. In the midst of her break down, Marnie shows up to confess. She tells Shoshanna about Ray and doesn’t really seem fazed at all about Shoshanna screaming in her face. Shoshanna struggles the entire episode. She realizes she wants Ray back, but he says they’re in two different places now and can’t be together. She ends up finding her Glaciology textbook and throwing it at her window.

Marnie, on the other hand, is over the moon this episode after her confrontation with Shoshanna. She gives Desi James Taylor’s guitar pick for good luck because it’s the play’s opening night. The end up making out and Marnie can’t wipe the grin off her face. She tells Hannah and Elijah about it. Hannah quickly balks because it another guy in a relationship, while Elijah just tells her that he’s good at predicting things and he predicts this will not end well for her. She doesn’t listen, though. She’s just super happy. That is until she sees Clementine in the bathroom. They’re both wearing green dresses, obviously. Clementine let’s her have it. She’s on to Marnie and tells her that she will not be recording an album with her boyfriend. Marnie gets the last laugh, though, when she creepily watches Clementine and Desi fighting.

Jessa is the only character not to go to Adam’s opening night. She’s with her new employer and quickly learns that the only reason she was hired is because her new boss wants to kill herself. She finally agrees to buy her drugs and help her kill herself. But at the last minute, her boss yells at her to call 911 because she doesn’t want to die.

As usual, Hannah and Adam left on a dramatic note. Hannah got into the best writing program for grad school, but it’s in Iowa. She’s so excited because now she has something to be proud of and brag about. She calls her parents and says she’s not sure what she’s going to do, but they convince her to take a chance and go. She decides the best time to tell Adam is right before he makes his Broadway debut. This is honestly one of her most manipulative moves yet. Adam’s pissed after the show. Everyone thinks that he did a great job, but he felt like he did horribly. And it’s all Hannah’s fault. He’s had enough.

Adam goes off to the party. He takes a picture with the case and one of the women in the show tries to kiss him on the cheek. Could he be moving on already? He looks pretty miserable. Also, Elijah tries to sneak himself into the picture. He’s incredible.

Meanwhile, Hannah goes home alone. She grabs her acceptance letter from Iowa and grins. Hopefully she’ll go and this will be healthy for her.

This was a great episode in a pretty frustrating season. The finale was funny and sad and frustrating and incredibly creepy at times. It had all the different aspects that make a good Girls episode. Nobody really ended up in a good place except for maybe Hannah and that got a little frustrating. Hopefully next season we’ll see a little bit more growth.