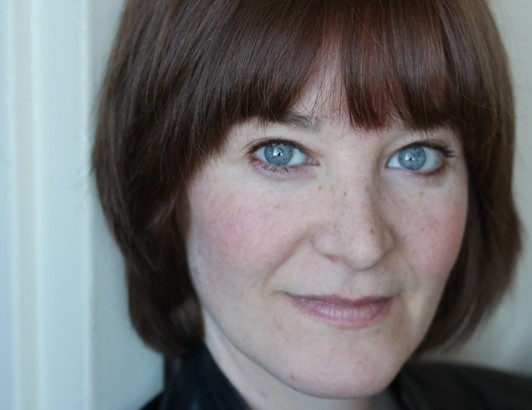 The ebullient Best Actress in a Play nominee joins the Nominee Interview Series with her many thoughts on the problem play, her difficult character, and the trip that helped her find Isabella.

Can you remember your first experience with theatre?
The summer I turned 5, Star Wars was released into theatres. My older brother had gone away to university to study music theory and theatre, and when he’d come home, he’d always play with me. One day I was pretending to be Princess Leia, and obviously I was doing a hatchet job of it. He turned to me and said, “Carmen, it’s not enough for you to just pretend to be Princess Leia… you have to really believe you ARE Princess Leia.” That was it. I was totally, passionately hooked.

What actors and actresses have always inspired you?
I’m a bit embarrassed to admit this, but I wasn’t exposed to professional theatre when I was growing up, so it wasn’t stage actors who inspired me .

But when I was in my teens, I loved TV sketch comedy: Monty Python, SCTV, Saturday Night Live, Kids in the Hall…

Gilda Radner was a very special favorite because I’d never seen a woman do such radical, comedic things before, and that opened a window in my imagination for what was ‘acceptable’ behaviour for a woman to emulate – although she was just modeling herself on what she’d learned from the bravery and spirit of Lucille Ball. Now Tina Fey and Kristen Wiig are continuing to build upon that same feminine genius, and I’m so admiring of them.

I don’t feel comfortable naming names of actors in our community I’m inspired by – there are TONNES – but what if I accidentally leave someone out?? How would that make them feel??

So here’s a list of film actors who inspire me. They all either have a theatre background or are known primarily as character actors: Peter Sellers, Max Von Sydow, Johnny Depp, Heath Ledger, Chris Cooper, Tilda Swinton, Willem Dafoe, Kathy Bates, Claire Danes, Meryl Streep, Jeff Bridges, Christoph Waltz, Gary Oldman, Cate Blanchett, Judy Dench and, of course, the irreplaceable Philip Seymour Hoffman – his death is such a gargantuan loss for the film community, and for actors everywhere.

Describe your first day of rehearsal at the Stratford Shakespeare Festival.
In a word: petrifying. I was understudying Seana McKenna’s Richard in Richard III. Thank God I never ended up having to go on for her – what a catastrophe that would have been.

Do you try and see every play in the season? What were some of your favourites of 2013?
I see every play at least twice. Shows can change and grow so much over the course of the run. This is my fourth season and, so far, I’ve been lucky enough to be cast in the plays that would probably be my favorites if I were an audience member.

Measure for Measure is an incredibly tricky play. What were some of the biggest challenges you encountered throughout rehearsals?
Probably getting past my own very limited ideas of who I thought Isabella was. Let’s be honest – most of us have pretty specific ideas of whom we think these iconic characters are. I really struggled with the assumptions being made about the character I was playing, and about who I perceive myself to be in comparison to that; both as a person and as a performer. I didn’t see myself as an ‘obvious’ Isabella.

Ms Henry was incredibly supportive in that regard – she didn’t want an ‘obvious’ Isabella. She wanted me – 40-year-old, 6-foot-tall, mousey, tomboyish me.
Martha understands that the way each actor interprets the text is going to be totally unique, and so instead of trying to force a performer to cram themselves into the limitations of a cultural ideal – young, petite, blond, beautiful, etc. — she gives them complete freedom to inhabit a character according to their own hearts and minds and impulses. That can make for very challenging, imaginative, and engaging theatre.

Isabella is a highly moralistic character who has to make some very hard decisions about how far she is willing to go to save a life. How did you approach interpreting her attitudes and limitations for a more modern setting?
I think the biggest difficulty when it comes to Isabella is that people in our current society can’t possibly imagine someone who is described the way she is – that is, intelligent and attractive and of noble birth – would want to become a nun! And the Poor Ladies of Saint Clare are the most restrictive and impoverished sect of nuns that exists.

That kind of devotion, the dedication required to be able to commit oneself to a life like that, was a HUGE challenge for me to understand on a really deep level. I wanted to personalize my experience of Isabel. I thought one way to get inside Isabel’s [mind] would be to cloister myself and take a vow of silence for a period of time. That’s what she intended her life to be — if she were able to take her vows — so I decided to try it.

I spent two weeks by myself in a 200-year-old farmhouse about 4 miles outside Assisi, Italy — where Saint Clare began her practice alongside the Franciscans — just meditating and walking in the hills, breathing the fresh air, cooking really simple meals, journaling, and reading my script.

Every few days, I would travel into town and visit the basilicas and the convent – wandering the cobblestone streets, in the cold spring weather, singing vespers in the evenings, or just sitting in the churches and meditating.

Then, after my two weeks in Italy came to an end, I went to Austria (where Measure For Measure is set) and spent a week in silence, strolling the streets of Vienna, and I stayed at a modern Benedictine monastery.

Tom Rooney is a long-standing My Theatre Favourite. Tell us about working with him as Angelo.
Well, he’s definitely the most generous actor I’ve ever had the privilege of working with.

Tom also listens to his scene partners very carefully (which in itself is an extremely difficult skill to master) and then he makes his acting choices based on what he receives.

Plus, he receives whatever you give him completely free of judgment or criticism, so everything is accepted, and therefore anything feels possible. It’s very immediate, alive, and free.

Maybe that’s what prompted Ms Henry to give us permission to follow our impulses when it came to performing the second Angelo/Isabel scene. She set out the blocking parameters, but eventually she told us it could be different every performance if we wanted, and I don’t think we did it exactly the same way two times in a row; we were always too interested in exploring the possibilities.

Did you make a decision about the Duke’s unanswered proposal at the end of the play?
I did. And I also think that Ms Henry wanted the final moment to be deeply ambiguous. Your question reflects her success in having accomplished that.

Did you have a favourite moment in the production?
Yes. Dylan Trowbridge, who played the character of Froth, would glide around the stage in a big, happy circle as he made his final exit from one of the courtroom scenes, shaking the other characters hands with glee and grinning like an idiot — until one of the police officers finally got fed up with his antics and escorted him out. Normally something like that would drive me bonkers because it’s schtick – you know… gimmicky. But for some reason, when Dylan did it, it was totally charming and it worked. I would be sitting in the wings waiting for my entrance and watching it on the monitor. It always made me laugh and smile.

You’re slated to return to the festival this season. Tell us about your roles.
I’m SO EXCITED!!

I’m playing the roles of Kattrin in Mother Courage, and Octavia in Antony and Cleopatra.

Kattrin is the mute daughter of Mother Courage, played by Seana McKenna. The piece is set during a 12-year period of the 30 years war.
Kattrin’s Mother doesn’t want her to fall in love with a soldier, which is the reason she desperately wants the war to end– so she can meet a man who isn’t a soldier and have a family. But as the war drags on she begins to realize that she’ll never be able to settle down and live her dreams – she’ll have to stay with her mother and continue living out of a wagon, roaming from place to place. So when the opportunity arises, she decides to do something drastic with her life… but I can’t tell you what that something is, because it will spoil the story!

Octavia is the widowed sister of Octavius Caesar, played by Ben Carlson.
Octavia is really just a political pawn, but I think she’s keenly aware of that fact. She chooses to marry Antony (Geraint Wyn-Davies) for political reasons — because her brother Octavius needs her to. And she loves her brother deeply — kind of weirdly so, if you get me — and she agrees.
But Antony is passionately in love with Cleopatra (Yanna MacIntosh), and he throws Octavia over for a life with the Egyptian Queen – an act that enrages Caesar to the point of deciding to go to war with Antony.

Do you have any dream roles you’re just itching to play?
Frankie from Frankie and Johnny in the Claire de Lune, Maureen in The Beauty Queen of Leeane, Martha Dobie in The Children’s Hour, Jean Brodie in The Prime of Miss Jean Brodie, Joan of Arc in The Lark, Hedda in Hedda Gabler, Elizabeth Proctor in The Crucible, Yelena in Uncle Vanya, Masha in Three Sisters, Hermione in The Winter’s Tale, Queen Margaret in Henry VI, Blanche DuBois in Streetcar …. I really like exploring women who are forced to re-think what they know about themselves. If they initially come off as a bit nutty, or suspicious, or cold, or frigid, or emotionally hard, even better; I like trying to quietly discover a character’s vulnerable aspects and then asking audiences to reassess the opinions they’ve been forming up until that vulnerability is revealed.
I’m a bit embarrassed that I’m so unfamiliar with more contemporary work. I know there’s wonderful writing happening right now, but I’m in the classical bubble for the time being.

What have you been doing in the off-season?
Seeing a LOT of theatre; NYC, Toronto, Winnipeg, Saskatoon, Kingston, I’m hoping to go to Calgary in March …. It’s been great. I’m so happy when I’m watching other people work. Being on a lengthy contract the past few years has been a huge blessing, but it doesn’t lend itself to taking in a lot of the fantastic theatre that other companies are doing.

If you could pick one definitive moment in your career up to this point, what would it be?
Standing in the wings on opening night of my very first performance of The Syringa Tree, with my knees shaking uncontrollably. It felt like they shook throughout the entire 90-minute performance, but afterward … I thought to myself “I did it! And if I could do that, then I can do ANYTHING.”