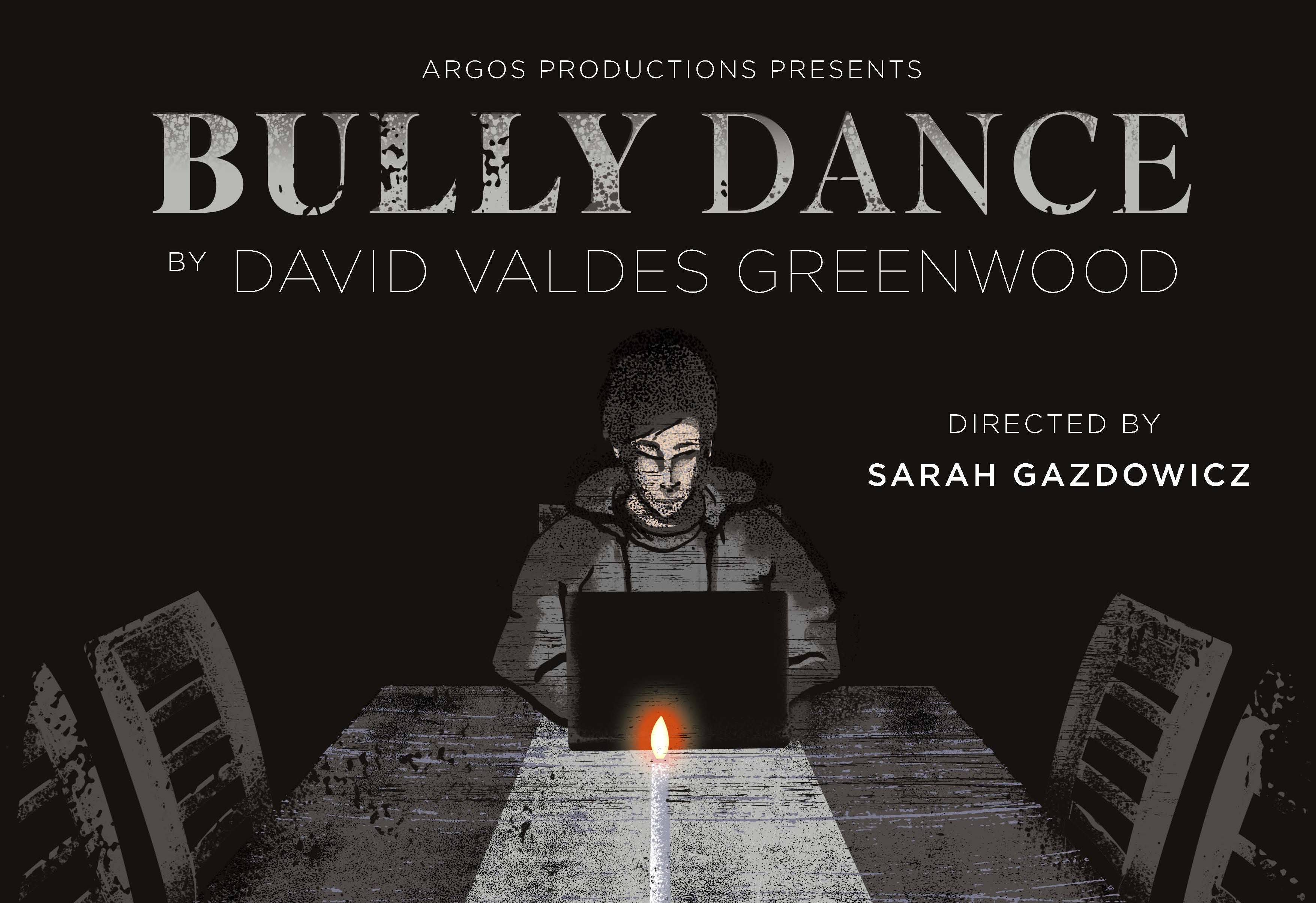 Like Spring, I’m late. However, March is jam-packed with exciting theatre that I just couldn’t pick my “Must See” picks for the month. This month, we have Chekhov’s The Seagull, a personal favourite of mine; Stupid F**cking Bird, Sort of Adapted from Chekhov’s The Seagull; Bully Dance, a dark and twisted mind-raising play; But the Giraffe! And Brundibar, a play and opera about loss of innocence and overcoming adversity; Hello Again, a rarely performed tale of love and time; and Sexyback: or what you will, an exciting new collaborative dance, music, and theatre piece setting ‘90s and ‘00s boy band music to Shakespeare’s delightful Twelfth Night.

In a way, much like Spring, this month hallmarks the loss of innocence. From Bully Dance and Brundibar’s stark reminders of the evil present in our world, to The Seagull and Hello Again as reminders of how we overcome such loss of innocence, to the light-hearted Stupid F**cking Bird and Sexyback to remind us of the joy of laughter and music, these works remind us that behind every storm, we have the potential for bright sun. And I had to stop myself from bursting into Katy Perry’s Firework. And maybe there’s a reason for that: music and art are so entwined in how we express ourselves through difficult times. Won’t you share your experience, your loss, you love with us at one of these Greater Boston shows this month?

To be considered for April’s entry, please email me at brian@myentertainmentworld.ca by March 26, 2014 with information on your production, including company name, production title, director, location, production dates, and a brief reason why your production should be considered. April’s listing will be posted at the very beginning of the month.

Brian’s “Must See – March” for Boston include:

The Seagull, by Anton Chekhov, translated by Paul Schmidt, directed by Maria Aitken
Huntington Theatre Company
Avenue of the Arts, BU Theatre, 264 Huntington Ave., Boston, MA
March 7 – April 6, 2014
I have been waiting for this production since its announcement last spring. I think (and many people disagree) that this play is Chekhov’s finest work. With a sharp concept and understanding of art, Chekhov tells the story of dreams and passions dashed, and the struggle to find new forms, new life, while holding onto the old successes. These concepts and ideas are timeless for all theatre artists and their patrons. They make for rich storytelling with some of Chekhov’s most richly drawn characters. Leading the pack, Kate Burton (who you may recognize from the hit TV show, Scandal) plays the matriarch, Irina Nikolayevna Arkadina, with her son Morgan Ritchie playing her on-stage writer son, Konstantin. It’s no surprise that I am excited to see Maria Aitken’s comedic and poignant take on this classic with such a rich on-stage and off-stage relationship present among her actors.

Stupid Fucking Bird, sort of adapted from Chekhov’s The Seagull, by Aaron Posner, directed by Danielle Fauteux Jacques
Apollinaire Theatre Company
Chelsea Theatre Works, 189 Winnisimmet St., Chelsea, MA
March 28 – April 27, 2014
Okay, what are the odds that the always-smart Apollinaire Theatre Company perfectly times their next production as a parody of the very successful Huntington’s newest production, The Seagull? While I know nothing about this play, I am quite aware of how easy it is to ridicule and tease Chekhov’s melodramatic work with fresh modernism and fun. With rave reviews from the Woolly Mammoth Theatre Company’s production, this “remix” should offer a splendid commentary on Chekhov’s relevancy in today’s modern world. The juxtaposition of the two incredibly talented companies gets me extra excited for parallels, dialogue, and great fun to be made. Now, where is the company doing The Nina Variations?

Brundibar & But the Giraffe!, music by Hans Krasa, libretto by Adolf Hoffmeister, adapted by Tony Kushner, directed by Scott Edmiston
Central Square Theater, produced by Underground Railway Theater
March 6 – April 6, 2014
So, I’ve become a slight opera snob in the past few months. Taking notes from my 2013 Boston My Theatre Awards, I decided to review more opera in the Boston area. And what awesome performances have I seen. Brundibar is a fairy-tale opera with dark undertones; Tony Kushner’s involvement raises the bar even more. Additionally, Scott Edmiston has proven to be a much-admired Boston director. While I am unfamiliar with But a Giraffe!, I am excited to see the pairings, as adapted by Kushner. While Brundibar’s story seem silly and trifle, the importance of telling and exploring such work cannot and should not be underestimated. As an opera performed originally by children in a Nazi concentration camp, the opera offers hope in some of our darkest times with an uplifting triumph of good over evil. If you aren’t moved by this warmth, perhaps Boston’s frigid winter has gotten to your heart.

Bully Dance, by David Valdes Greenwood, directed by Sarah Gazdowicz
Boston Playwrights’ Theatre, produced by Argos Productions
March 7 – 22, 2014
My March Must See is late, however, that means that I’ve already seen some of the productions on this list, including Argos’s Bully Dance. This 90-minute whirlwind of a performance is everything that theatre should be: entertaining, enlightening, thought-provoking, and powerful. It features My Theatre Award Winner Juliet Bowler, who is just so engrossing in whatever she does, along with a team of talented female actresses, ranging in ages and experiences, but all so heartbreakingly wonderful. The play takes the audience into the shoes of so many different characters, allowing us to wiggle around, uncomfortable, disjointed, and so alive. My Theatre favourite Sarah Gazdowicz directs this smart piece with the soft touches of a painter, creating a beautiful scene and a haunting memory.

Hello Again, book, lyrics & music by Michael John LaChiusa, directed by Michael Bello
Boston Center for the Arts, Calderwood Pavilion, produced by Bridge Repertory Theater of Boston
March 12 – 29, 2014
It’s no surprise that I love Bridge Rep. They’re the newest company to hit Boston by storm, starting their first season with no less than four full productions. Their production of The Libertine was stunning and magical. This production is a rarely-produced, episodic musical by Michael John LaChiusa, a cult favourite musical theatre and opera composer with such hits as the Broadway (but forgotten) Wild Party. This musical focuses on the love affairs of ten characters. The fascinating part (aside from the extremely talented and dynamic cast that Bridge Rep assembled) is that LaChiusa tells each story in a different decade of the 20th century. The musical is sexy. It’s timeless. It’s not to be missed.

SEXYBACK: or what you will, an original collaborative piece by Touch Performance Art, in collaboration with OBERON New Work Series, directed by Marisa Rae Roberts
Club OBERON, 2 Arrow St., Cambridge, MA
March 24, 2014 Workshop
Twelfth Night meets Justin Timberlake? Am I falling in love in the Forest of Arden, or am I inhaling another glitter-fest at Club OBERON? Club OBERON took Boston with glitter bombs and gyrating fairies with The Donkey Show, a performance arts piece that combines techno dance with Shakespeare’s A Midsummer Night’s Dream. And just after the production reaches 500 performances, we’re given a treat in Boston with its newest sister project, Sexyback. This month, we have a workshop preview for a larger production set to open in the Fall 2014. Featuring a plethora of talented (and handsome!) male actors to make you swoon, why don’t you dance and sing along with me to our teenage dreams before they were shattered by Miley Cyrus and her cohorts? Did I mention it’s FREE?!