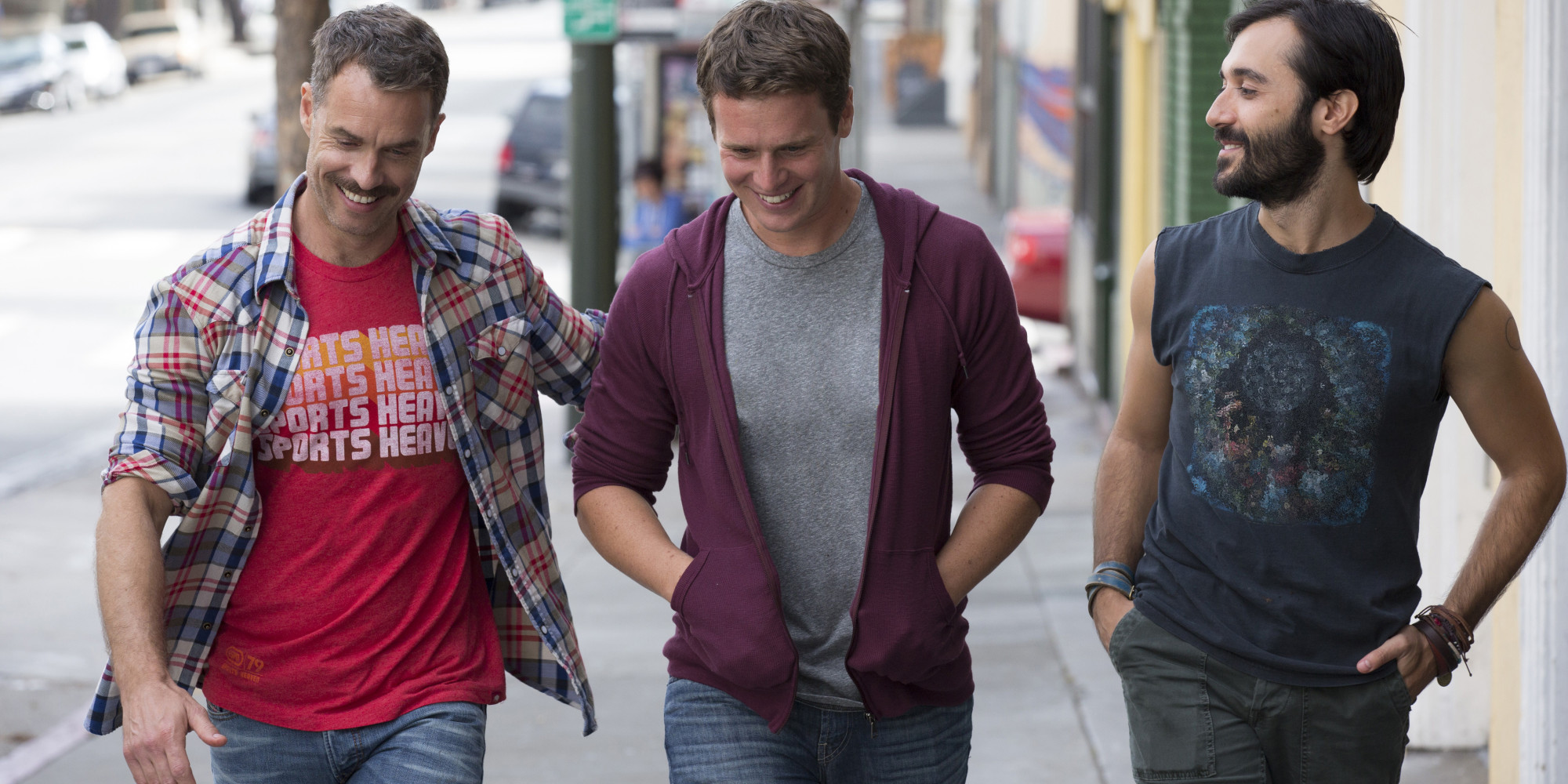 I suppose my first question is this: do you guys think it’s weird for a straight girl to tune into Looking entirely because Jonathan Groff is just about the cutest thing ever to happen? Good, neither do I. I mean, it’s a little strange, perhaps, since the most recent episode featured him stripping off some guy’s tight pants and proclaiming his disappointment at not finding an uncircumcised penis, but I will take any Groff over no Groff any day (unless said Groff is written by Ryan Murphy). It doesn’t hurt that as Patrick- the nice, sweet Colorado boy who is the titular seeker in this new HBO comedy from Michael Lannon and Andrew Haigh- Groff is particularly wonderful.

A few years back, the erstwhile Melchior’s name was dragged into that idiotic Newsweek argument about gay men playing straight characters. In his widely misinterpreted article, Ramin Setoodeh made the colossal mistake of lumping Groff’s performance as Glee‘s straight male diva Jesse St. James in with the work of one Mr. Sean Hayes, his point being that sometimes gay men shouldn’t be cast in straight roles because they honestly don’t read as straight. Now, as the daringly outspoken Aaron Sorkin wrote in his Huffington Post response, “it’s impossible to believe that Mr. Setoodeh would prefer if Ian McKellen would stop doing King Lear“. But, whatever Setoodah meant in broader strokes, he was explicitly saying, at least, that neither Jonathan Groff nor Sean Hayes, specifically, can pull off playing a straight man. He’s right about Hayes. Not because he can’t play straight but because Sean Hayes can’t play anyone who doesn’t closely resemble Sean Hayes and he just happens to be gay. But on the topic of Groff, he was just flat-out wrong. Anyone who saw any one of his performances in the two years he spent as the leading man in Spring Awakening (or has even heard the soundtrack) knows Jonathan Groff can play straight. His chemistry with Lea Michele was so electric that people used to wonder if they were engaged. The slightly-off-topic reason that I bring this is up is that I’ve long believed that said Newsweek article (and the horrifically written Glee role it refers to) likely contributed to stunting a career that should be much bigger. Beyond the public knowledge of Groff’s sexuality and the offbase assumption that it will show through any performance he gives, there’s no reason why Groff shouldn’t be where Andrew Garfield is, or Liam Hemsworth, or Joseph Gordon-Levitt (though he’s a special case who makes a lot of his own opportunities). But, living in the world we do- where Neil Patrick Harris and Zachary Quito (incidentally, Groff’s ex) are considered anomalies for playing iconic straight characters and there’s a backlash to the idea of the crazy sexy Matt Bomer playing Christian Grey- it seems the possibilities for the should-be mainstream leading man have been limited to gay roles and Disney cartoons that bizarrely underuse his singing voice (what was up with the lack of Groff on that soundtrack, Frozen?!).

That entire long-winded last paragraph ultimately leads here: if we’re going to pigeonhole our gay leading men into just gay roles, it’s about damn time that someone wrote an appropriate showcase. Enter Looking. I can’t tell yet if it’s actually really great or if that’s just me really enjoying the first two episodes. I also couldn’t tell you if it’s doing a respectable job of representing the lives of modern gay men in San Francisco (though I can certainly say that Patrick’s woes have a ring of truth beyond the limits of sexual orientation). But it’s giving Jonathan Groff a vehicle. An interesting and unique vehicle full of ample screentime to show off his charm and comic timing, and a character made up of more than one adjective. Patrick isn’t yet the most original character in the world, but he’s fantastically relatable and a really solid and likeable leading man on whom you can build a strong series. Following the 1 taken, 1 hooking up, 1 looking for love model of many a successful sitcom, Looking has a small ensemble of so-far interesting characters from Frankie J Alvarez’s antsy, coupled-up artist to Murray Bartlett’s Grindr-using bachelor and his witty female cohort. The scripts for the first two episodes were tight, the pacing good, and I already have a ton more affection for this show than for its timeslot counterpart Girls (Looking, in development, was often referred to as “Girls with gay guys”, which it’s not).

Looking might be my favourite new show in awhile. But, just checking again, you guys don’t thing that’s weird, right? To hell with what you think, Looking is great.