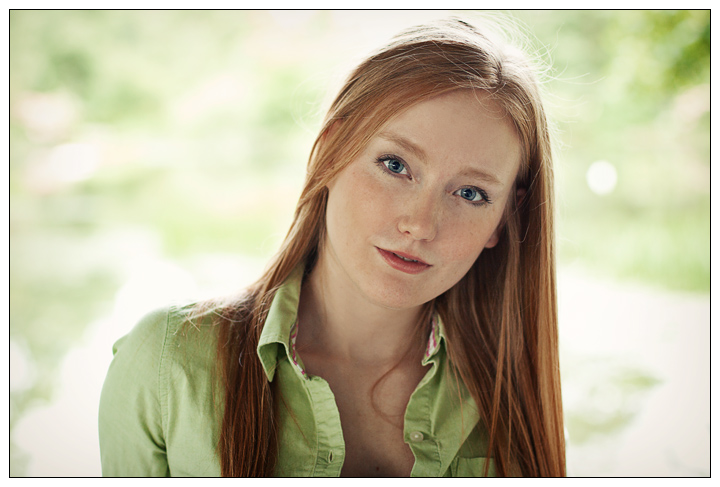 Director Matthew Gorman‘s vivacious Twelfth Night at Hart House is one of our most-nominated productions of the year. One of those nominations is Best Supporting Actress in a Regional Production for Alison Blair who brought new life and great wit to the key role of the conspiratorial Maria.

The young actress is already a Shakespeare veteran. Read her thoughts on the inventive production and making Maria stand out.

Can you remember the first theatre production you ever saw?
The first time I ever saw a production on stage was Beauty and the Beast at the Princess of Wales Theatre in 1995. I can vividly remember the moment that the woman playing Belle sang “Home” and how absolutely enthralled I was in that one scene. It was probably that one moment that made me decide that I wanted to be on stage for the rest of my life.

What’s your favourite role you’ve ever played?
That’s a toughie. I’m not sure I have an absolute favourite because I love almost everything I’ve ever done, but I would say the most fun I’ve ever had was playing Danereys Targareyn in the Queens Players Toronto production of Thrones and Recreation. Seriously, I had dragons and was the khaleesi, what could be better?

Do you have a dream part you’d like to play one day?
I have several. The top right now would be Belle in Beauty and the Beast. Juliet is definitely a big one as well.

How did you get involved with Hart House?
It’s pretty much your typical, I saw the audition posting on some internet site (probably the TAPA blog) submitted, auditioned and the rest was history. I had seen a lot of shows at Hart House before though as I am a U of T Alumni so Hart House was always present in my life as a student, I guess it’s kind of fate that I would end up in a Hart House show at some point.

Had you played much Shakespeare before?
I’ve done quite a bit, I guess you would say performing in the cannon is really where I started my theatre training. I went to a performing arts elementary school where we were exposed to a lot of Shakespeare and performed in Henry V and Hamlet as well as a few others. I also attended Stratford’s Shakespeare School where I had the opportunity to perform a lot Shakespeare. I also was in a production of The Winter’s Tale in school and an adaptation of A Midsummer Night’s Dream in the summer of 2012. I find that Shakespeare is so accessible to the theatre community that there is always a lot of opportunity to explore the cannon which is great.

What were some of the challenges of setting the entire action of the play in a bar?
I think the biggest challenge was taking a show that takes place over three months and condensing it into one night, but the urgency that is so present in the text really helped that and I felt that it became pretty believable. I don’t think setting the show in a bar really posed any huge challenges but instead gave us a lot of great opportunities to really highlight the urgency and stakes of the show and give us some awesome pub music and physical comedy.

What were some of the unique elements that you brought to the role of Maria?
Maria is a role that is usually played by women that are very different from me, so I really had to find Maria in myself and figure out how to bring my youth and particular brand of sarcastic humour into the role. I think my Maria was definitely a bit sharper than she is generally played and maybe a bit harsher (I had a lot of playing with Sir Andrew in a pretty cruel way). Also, I think that Maria is a role easily written off to a fringe comedy character, so I found it really important to have some conflict within the character and a genuine love for Sir Toby to complicate her role a bit.

Matthew Gorman is also nominated this year for directing Twelfth Night. What would you say is the most important conversation you two had in developing your interpretation of Maria?
Matt is an awesome director in that he never really wants to have a long drawn out conversation about the way he wants a particular character to go, he will just let you play and offer suggestions along the way. There was one moment in rehearsal when Matt had me laugh in Christopher Manousos as Sir Andrew’s face. It was in that moment that I really found where I was going with Maria and had my “oh, so this is who this woman is” lightbulb moment.

The play ends with Maria married to Toby. Write me a two-sentence sequel.
In the fallout from their prank on Malvolio, Maria and Toby are thrown to the street to fend for themselves. They form a threepiece acoustic indie band with Fabian and make millions off of their hit single “Yellow Stockings”.

Did you have a favourite moment in the production?
I was a huge fan of Scott Farley’s scene with Arlin Dixon when he made his entrance in the yellow stockings. Every time he said “..but yellow in my legs” I had to laugh.

Which directors and actors have had a major influence on you throughout your career?
There are many people who have had a huge influence on me as a performer. I cannot begins to thank Samantha Wilson who helped me on my journey through highschool and Neptune Theatre School to get to my undergrad, and Patrick Young and Ralph Small on my journey through theatre school. Those three teachers have really helped me to become the hardworking actor I am today.

As far as actors go I will always look up to Nicole Kidman and Bernadette Peters. The work that they do continually inspires me.