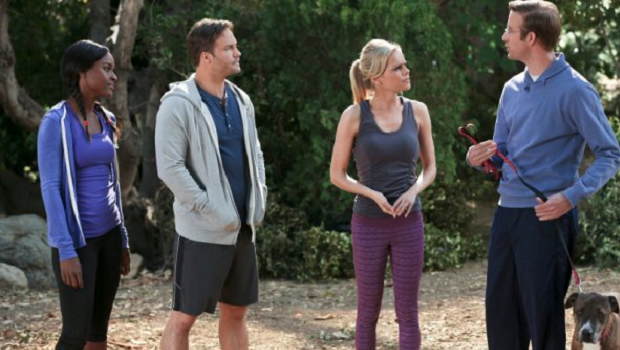 If it weren’t for the CW, I would still be so narrow minded as to think that doctors actually did any work. Thank goodness Hart of Dixie breaks down barriers and shows us things other than Dr. Brick Breeland recommending popsicles as a solution to hot soup. And who needs the main character to represent a strong female in the working world when we can have her directing cabarets? Okay, okay, maybe I’m being a little harsh, since the doctors do live in such a small town that the closest hospital is one town over, but Zoe Hart has been spending an awful lot of time obsessing over boyfriends both ex and current. Save a life every once in a while, would you?

Instead of diagnosing burned tongues, Zoe was busy directing Shelby’s cabaret in hopes of proving to Joel and Wade she was more that just science brained (although maybe she should have proved that was true first). Brick gives in her the job after Lemon’s advice to hire someone that would ruin the show, in order to send Shelby back out of town. Even though the plan works perfectly, and Shelby ends up on bed rest from the stress, Brick still can’t resist Shelby and ends up telling her the truth before sharing a secret kiss. Zoe ends up handing the reins to Joel, who still can’t save it, until a very pregnant Shelby shows up in bed saving the show with her beautiful voice.

Lavon is busy eating ice cream until Lemon motivates him to continue to save Bluebell from a merger, so he convinces the Governor of Alabama’s sister to stay and see how unique the town of Bluebell really is. After a plea from Sherriff Bill in front of the Governor’s sister, and a saved cabaret, she decides to put a word in to her brother and his colleagues.

Meanwhile, since Scooter McGreevey, Filmore’s lawyer, can’t know about the Governor’s sister being in town, George and Lynly decide to crash his and Tansy’s hiking date, which is extra cute when they all wear blue. Maybe the wardrobe person was super sad that day? George can’t take Scooter’s attitude anymore and reveals that he knows about the plans to assimilate Bluebell into Filmore, mall and all. Scooter gets angry at Tansy for spying, and tells her to check where her allegiances lie. The three remaining hikers head back to George’s boat for a few beers, and apparently for Lynly a few two many as she passes out after saying that Tansy deserves better than Scooter. Tansy and George step outside to chat and get awful friendly when Tansy reveals that maybe she should never have let him go. But surprise! All Lynly needed was a 30 second nap to rally and she secretly over hears everything! Yay, one step closer to getting rid of her, even if it means seeing Lavon tear George apart.

Finally, Wade is still in that awkward loving Zoe but dating her cousin faze so he gets upset when he figures out Vivian is lying about cancelling their date. He confronts her instead of just texting sad emojis like a normal person would do, and she reveals she likes him, but 9:30 is too late for a single mom and school teacher. I feel you girl, 9:30 is tea and pyjama time.