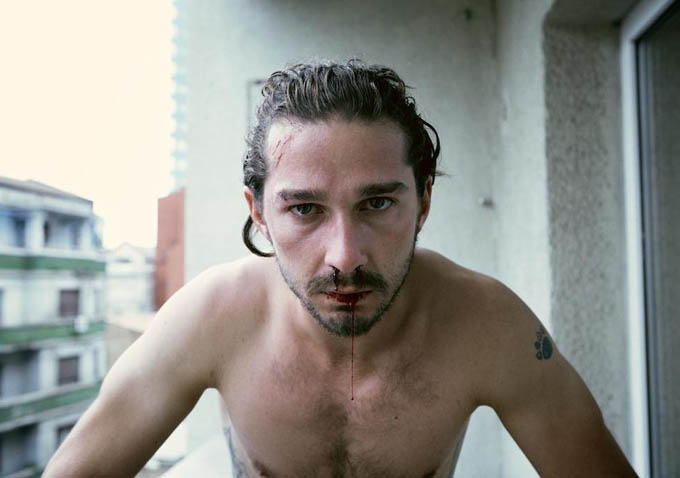 It’s difficult to determine if there is simply an ingredient missing or if something is wrong with the entire recipe. In Charlie Countryman, originally titled The Necessary Death of Charlie Countryman, Shia LaBeouf (Transformers, Lawless) plays a traveling nomad who falls deeply in love with a foreign cellist player, portrayed by Evan Rachel Wood (The Wrestler, Across the Universe).

Visually, indie director Fredrik Bond creates a hypnotic love story that shifts between majestical realism, stylized violence, and life-altering situations. Much like a Nicolas Winding Refn film, it’s quite easy to either get lost in the style or create a long list of flaws within the plot. If nothing else, despite a series of clichés, the film takes chances to make it original in a time when audiences time bathroom visits to all-too-well-know plot points.

Plot-wise, there is little that hasn’t been seen over and over again. There are some supernatural elements that one is left to ponder about Charlie’s abilities with the recently deceased, some seemingly out-of-place movie references scattered throughout, and more Tom-Cruise-runs than the last Mission Impossible movie.

However, ever since LaBeouf verbally flipped off the Transformers franchise as well as the studios, one can’t help but wonder where he will go next. While this film is far from a masterpiece, it’s a curious step in the career of LaBeouf (the method actor dropped acid for this film) and hopefully a launching point for first time film director Fredrik Bond, formerly only associated with Moby, who scores the film.