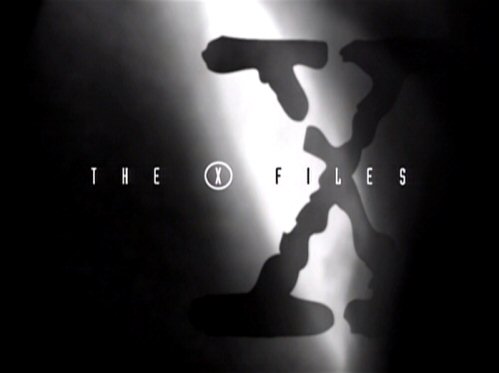 The government is lying to you. Shadowy figures are watching your every move. Terrorist threats are encroaching on North American soil. Enemies are no longer nations, but instead are hiding in plain sight. Information leakers have the potential to bring down the most powerful figures in the world. Science and technology are progressing at an exponential speed.  The truth is being hidden from you.  This of course was the pop culture climate of the 1990’s, and the new world order that was glimpsed at when The X-Files premiered twenty years ago.

It started with two Fox’s. One, a new television network struggling to make it out fourth place after decades of tv dominance by ABC, CBS, and NBC, while the other is a fictional FBI agent investigating forgotten paranormal occurrences, and searching for the truth he knows is out there. The early 90’s were  a transitional period for the FOX network, which had based their programming around COPS, the aging Married…With Children, teen soap Beverly Hills 90210 and their one true megahit: The Simpsons. While the viewer numbers were steadily growing, four shows, two of which were popular primarily with children and teenagers, are not enough to structure an entire network around. Realizing that they need to expand their offerings, in 1993 FOX made two monumentally important decisions which would ensure the networks survival for the next decade. First, FOX purchased the broadcast rights to NFL games, and they produced a new one hour drama, The X Files, on a Friday night in September.

Everything was against this show. It had an unusual concept based around paranormal investigations, it featured unknown actors in the lead roles, it actively aimed to disturb and scare the viewer, and it aired in just about the worst time slot imaginable. Nevertheless, The X-Files premiered to good reviews and 12 million viewers, a respectable number for any new show on a bad night.

The pilot for The X-Files has aged fairly well. Yes, the clothes are different and filled with shoulder pads, computers are enormous boxes that only run DOS, there’s not a cell phone in sight, and, perhaps most importantly, Scully’s signature hair style had yet to emerge. However a remarkable number of the series signature elements were present right at the beginning. FBI agent Dana Scully is intelligent and analytical, while Fox Mulder is obsessive yet earnest. The case they are sent to investigate involves possible alien abduction, and Mulder is quick to believe, while Scully seeks the proof. Their opposite natures complement each other perfectly, instead of antagonising one another, and display their immediate chemistry. They discover significant signs of the paranormal, face interference from several levels of government involved in shadowy conspiracies, and find world of people who have more information then they reveal. There’s even an appearance from one of the show’s signature antagonists, who silently smokes a cigarette before disposing of alien evidence. It is spooky and engaging, and sets the tone for the 200 episodes that will follow.

The X-Files premiered at unique time in modern history. The Cold War had just ended, and the threat of nuclear annihilation at the hands of the USSR had dissipated for the first time in half as century. Fifty years of ideological conflict, however, does not simply vanish without a trace. The public had been condition to fear the “other”, the stranger from a strange land, whose mysterious ways were a threat to us all. For decades this other was Russia, and pop culture reflected this, with everything from The Day The Earth Stood Still to Rambo being steeped in Cold War metaphor. In the early 90’s, the Soviet Bloc opened up to the world almost overnight. The X-Files tapped into the cultural search for a new “other”, and what could be more strange and threatening than extraterrestrial life?

The X-Files would display an uncanny ability to tap into the cultural zeitgeist, and on occasion even managed to foreshadow certain trends and events which would occur throughout the decade.   Over nine years, Mulder and Scully would deal with monsters, mutants, ghosts, and aliens, but their true adversaries, right from start, were the shadowy forces inside their own government. As the US emerged as the sole superpower and the country enjoyed a period of economic prosperity not seen since the 1950’s, the government grew in size and scope in order to meet the needs of a rapidly expanding country. At the same time, this is when people truly grasped that technology was developing at an exponential rate, greatly affecting the way people live. In 1997, after years of rumours and denial, the US military publicly revealed the B-2 Spirit Bomber. It was a stealth plane that was undetectable to radar, and traveled at supersonic speeds with a total range of 7000 miles without refueling. This plan had been in development for two decades, at air bases across the country that government didn’t even acknowledge existed. The second episode of The X-Files, airing in 1993, finds Mulder and Scully breaking into a concealed air base, and observing the testing of advanced and top secret aircraft. For years people had wondered about the advanced technology and weaponry that the government might be producing, and The X-Files tapped into this mistrust and curiosity years before there was any official acknowledgement of these activities.

The current tv landscape is has come to be defined by cable dramas lead by intense anti-heroes with planned-out character arcs, where Mad Men having more than 70 episodes is considered impressive, and a lackluster series finale is enough to taint the memory of an entire show. The X-Files does not fit into that mold. It was a big network series, ran for two hundred episodes, at least half of which were self-contained and procedural based, and the show even tried to make the switch to new lead characters late in its run. The series overarching mythology would be stretched out over time, with some questions answered and some enemies vanquished, only to see new foes rise to take their place. Some fans were unhappy when The X-Files finally closed in the spring of 2002. They argued that the show should have ended earlier when actor David Duchovny ceased to be full time cast member, and the series seemed to drift away from its central premise: Fox Mulder’s search for the truth. The long awaited film sequel The X-Files: I Want To Believe did little to sooth these complaints, as it was a stand-alone story unconnected to the bigger alien invasion storyline. A third film was long been rumored but there is little official confirmation. Even at the 20th anniversary reunion panel at San Diego ComicCon this summer, series creator Chris Carter was reluctant to discuss anything related a possible third film. Nevertheless, the fans of kept this show alive, and not just the regular tv viewing fans. The creators Lost, Buffy, Fringe, and Bones have all acknowledged the influence of The X-Files on their own programs. Breaking Bad creator Vince Gilligan has publicly stated that “There’d be no Breaking Bad without The X-Files“, given the fact that he got his start as a writer/producer on the show and first met Bryan Cranston when he appeared as a guest star.

The reach of this little paranormal procedural has extended far beyond those twelve million who watched the pilot episode twenty years ago. The entire series is now available on Netflix, and is being discovered by a whole new audience who love to binge watch television, and devour whole seasons in a matter of days. The X-Files have left the confines of Mulder’s basement office, and more and more people are discovering it every day. Because some people are still searching for the truth, and some people still want to believe.