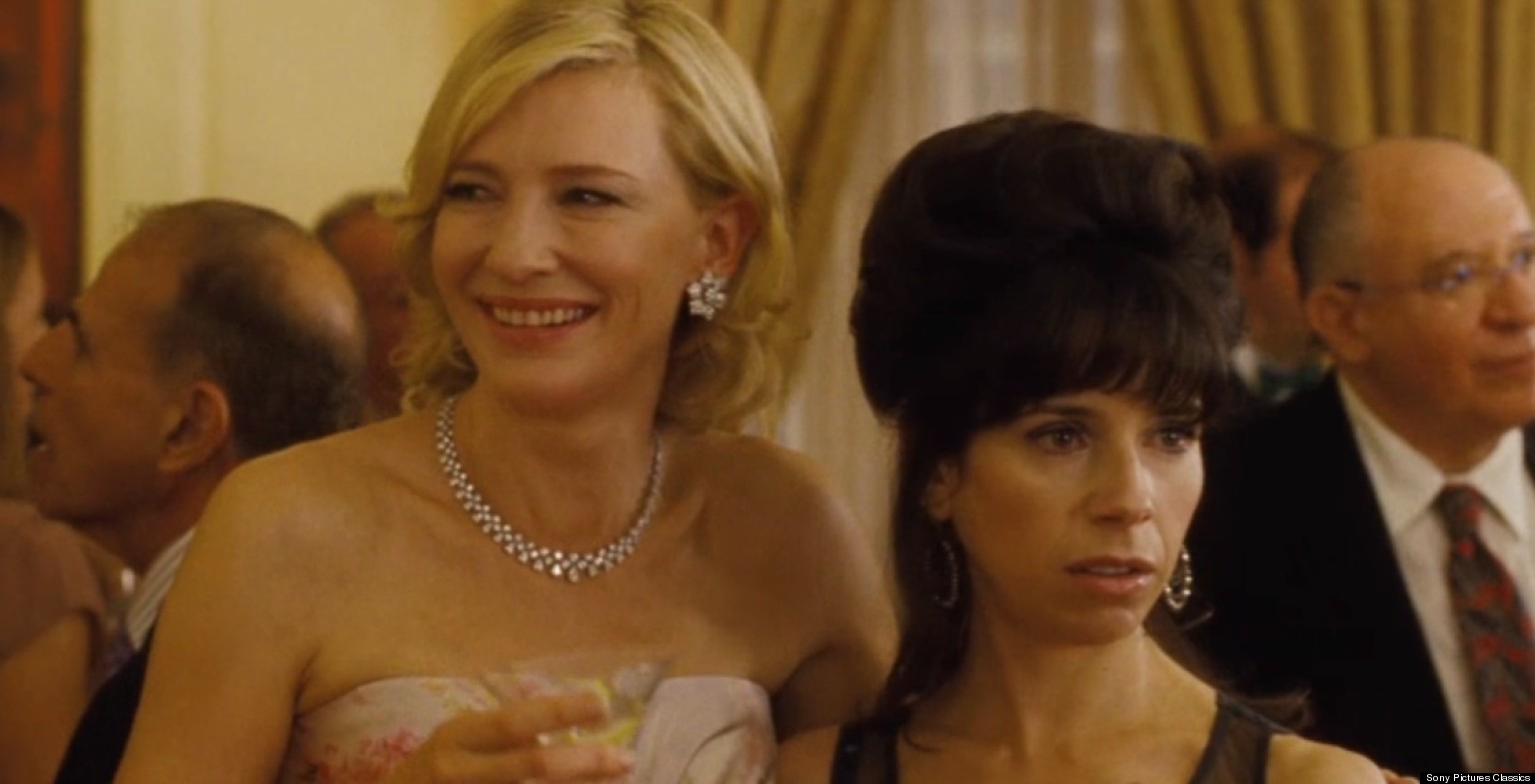 He needs no introduction, but rather a streetcar for his classy, self-centered, delusional, broke-to-the teeth heroine Jasmine (Cate Blanchett) to get her to the doorsteps of her sister… ”Stella!” Actually Ginger (Sally Hawkins). Embodying the stunning elegance and characteristics of Tennessee Williams’ extravagant Blanche DuBois, Woody Allen’s Jasmine, instead rolls out of a cab with a multiple Louis Vuitton baggage pieces suggesting that she isn’t staying only for the weekend.

Whether done purposefully or unintentionally, the character similarities in Allen’s latest work Blue Jasmine to William’s epic classic A Streetcar Named Desire are recognizable. Though the iconic writer/director in American New Wave cinema tells a story of his own. In his distinctive sarcastic way, he portrays the crumbling life of a socialite New Yorker on the verge of madness whom circumstances have pushed off a cliff. Fast forwarding towards financial and emotional rock bottom, Allen’s eccentric heroine manages to grasp the last of the branches on her way down. Seeking temporary accommodation and support, Jasmine swallows her well-preserved pride (still flying first class, of course) and reunites with her long-forgotten sister Ginger who has modestly settled in San Francisco.

Without breaking too much the flow of the main plot, the film is frequently interrupted by multiple flashbacks revealing Jasmine’s lavish care-free lifestyle, gradually leading towards the catharsis of the story where the mystery surrounding the affluent diva’s sudden misfortune is at last resolved.

Similar to Blanche who is the catalyst who almost destroys her younger sister Stella’s seemingly uneventful life with “the Polack,” Allen’s judgmental character indeed shakes up the relationship of Ginger and her “looser” boyfriend Chili (Bobby Cannavale), except she has a purpose. Left with no money and hardly any skills, the college drop-out is eager to get a hold of her situation by taking a computer class in order to get an online degree in Interior Design.

Following Jasmine on her quest to financial-independence, the director occasionally shifts the spotlight to peek at the other sister’s daily rounds, drawing a sharp parallel between the entirely different worlds the two inhabit. Right away upon Jasmine’s arrival, followed by a camera scan of the kitschy interior in Ginger’s apartment, Allen hits us with a glorious flashback of Jasmine’s exploration of the ungodly large aristocratic Manhattan apartment that her insanely rich husband Hal (Alec Baldwin) “just decided to buy,” making a complete contrast with Ginger’s modest place.

Yet the persistent parallels emphasizing the culture clash of the two adopted siblings soon become as obvious and exhausting as the overwritten expositional dialogue (giving away too much information regarding the character’s past before the second act has even begun) leaving nothing to the viewer to take away and chew on (unlike Allen’s previous talky, yet more philosophical thought-provoking pieces, enriched with sophistication and ambiguity). Which perhaps explains the quite unusual wide release of the unconventional film auteur’s recent works (his previous Best Original Screenplay Oscar winner Midnight in Paris, 2011 achieved the highest release ever of any Allen’s films, reaching total domestic gross of $56,817,045).

Once assured that, whether visually or verbally, every bit of the expositional information regarding his character’s past is ingested, Allen gives a green light to the viewer to proceed forward towards over-the-top narrative that seems quite realistic in its equally exhausted concept. Having his previously sheltered and completely oblivious to the reality of life heroine encounter a string of various banal situations makes Blue Jasmine a real treat for those seeking pure entertainment.

Devoted to the study of relationships, Allen once again brings the familiar themes of betrayal, infidelity, and selfishness to the table – each contributing greatly to the richness in the character development. Swept in the comical drama’s entertaining appeal, we are soon to realize that Jasmine isn’t the only self- centered character. Instead, as the story advances, the director (as always) is certain to expose the selfish inner desires and weaknesses troubling each of his characters.

Nevertheless, the engaging story and characters portraying a slightly over-decorated real-life situation isn’t the only film element contributing to the film’s broad appeal. There is also something to be said about the convincing performances delivered in Blue Jasmine by Blanchett and the rest of the cast (including such well known indie luminaries as Peter Sarsgaard, Tammy Blanchard, Michael Stuhlbarg, etc.) fully invested in their stereotypical characters. Blanchett (already in the Oscar buzz), who claims to have been intimidated at first by her first-time collaboration with the iconic director, delivers a stellar performance as she revives Vivian Leah’s memorable gestures and distinctive speech, giving the audience a decades longed-for nostalgic Streetcar ride.