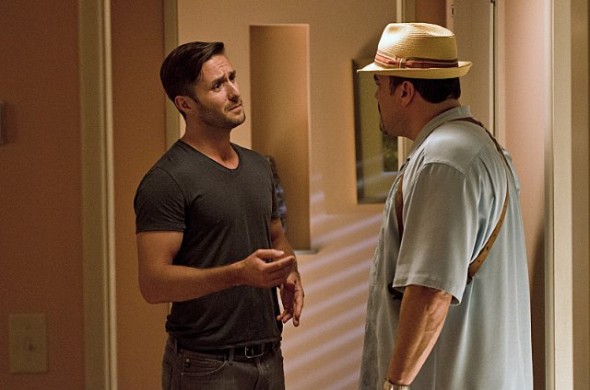 Dexter 8.9 “Make Your Own Kind of Music”

As the end of Dexter crawls to a close, it’s difficult to focus on specific incidents within each episode when viewers can’t help but wonder exactly where these actions are headed. The two aspects that make up nearly episode thus far are those concerned with a stable life and those with absolute, rock-bottom devastation.

Characters reach a certain level of stability just before complete chaos reveals itself once more. Dr. Vogel reminds Dexter that as he tries to keep a foot in both worlds (family figure versus killer), it’s much like standing on two icebergs as they drift apart. Meaning, he’s bound to fall, possibly to his absolute demise (being murdered or locked away in jail to never see his family again like Richard Kuklinski).

The staff keeps tempting viewers with the possibility of Dexter and Hannah McKay escaping for a life in Argentina, where they would live as a family, presuming that Dexter continued to kill tourists and drag them off on his boat. The Argentina ploy resembles the end of season four, where everything seemed happy until it wasn’t.

Revealing The Brain Surgeon to be Dr. Vogel’s long lost son who supposedly died in a fire is a bit bittersweet. His fascination with the song from Mama Cass is interesting and overcasts with the idea of Quinn longing for Deb and her possibly longing to be back in uniform as a member of the homicide squad.

The only problem with Oliver being The Brain Surgeon is his age. According to Dr. Vogel and a picture of the boy, he should be around 44 to date. Oliver, played by Darri Ingolfsson is only 33 in real life, and looks even younger than that. This also seems like an issue outside of casting because when Oliver shows Dexter his license, he says he was born in 1979 (which is actually when the actor was born).

With this in mind, there is still a possibility that he is not actually The Brain Surgeon. Dexter finding the can of soda with DNA on it could have easily been a plant since it sat directly on top of the man’s trash, next to a letter with his name on it. The evidence in Zach’s apartment also seemed a little too neat. One could speculate that someone planted Oliver in this situation and he would even agree to do in order to find Cassie’s true killer.

Of all the mysterious characters on the show, the true mystery still lies in Elway, who has an anger problem and looks to be about 44 years old. If Deb ever decides to go for him, given her track record, then he’s definitely the true killer.