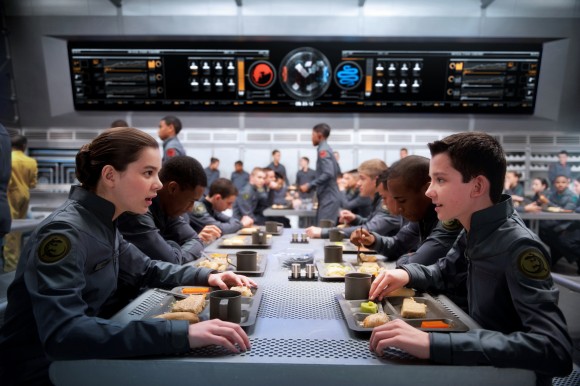 To say that I love Ender’s Game would be an understatement. It is one of the books (along with The Giver, Asimov’s Foundation Trilogy, and The Prydain Chronicles) that really defined books to me back when I was a young budding nerd and JK Rowling was still an unemployed single mom living on the dole. I’ve read it cover to cover in every age, every mood, every location. And I’ve always thought it was pretty much un-filmable.

So color me cautiously optimistic. The below trailer (despite some obvious changes from its source material) looks cool as hell. If the movie that comes after it is as smart as the casting choices thus far make it look, then we are going to be in for one hell of a November.