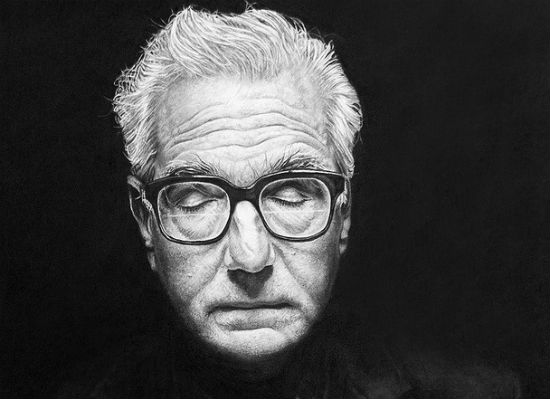 Recently the Bold Hype Gallery along with Spoke Art hosted a rare exhibit honouring the legendary director Martin Scorsese. The exhibit offered art pieces depicting various images from Scorsese’s greatest films. For example there was beautiful piece from the film Goodfellas beside a profile of Robert DeNiro in the movie Taxi Driver.

Opening night on April 19, 2013 was a huge success that managed to accommodate close to two thousand attendees. The curator Ken Harmon was amazed at the turn out. During the show he was busy selling pieces of the artwork, which was in huge demand.

Spoke Art is an art gallery based in San Francisco’s Lower Nob Hill section. It specializes in new contemporary painting, sculpture and illustration. They offer monthly rotating exhibits that host solo and group shows. The gallery has taken part in many various events like international art fairs (Armory Weeks’ Spoke Art Fair). Also the San Francisco’s ArtMrkt and the Artpad Fair. They have been in operation since 2010. The idea to do the Scorsese show came from Ken.

“Earlier this year I got the itch to do another show in NYC following our Quentin vs. Coen art show (2011). The idea for a Scorsese themed exhibit came naturally.”

Even though Martin Scorsese did not have a direct role in the development of the show he did pass on his support and compliments. It seemed that the most popular art piece in terms of sales was Taxi Driver. But Raging Bull was not far off. The exhibit showcased paintings, sculptures and screen prints.

Ken and Spoke Art are looking to return to Manhattan for two special events: Armory Week and the New York Comic Con. If you missed the show you can view the artwork on their site and well as the Bold Hype Gallery site.