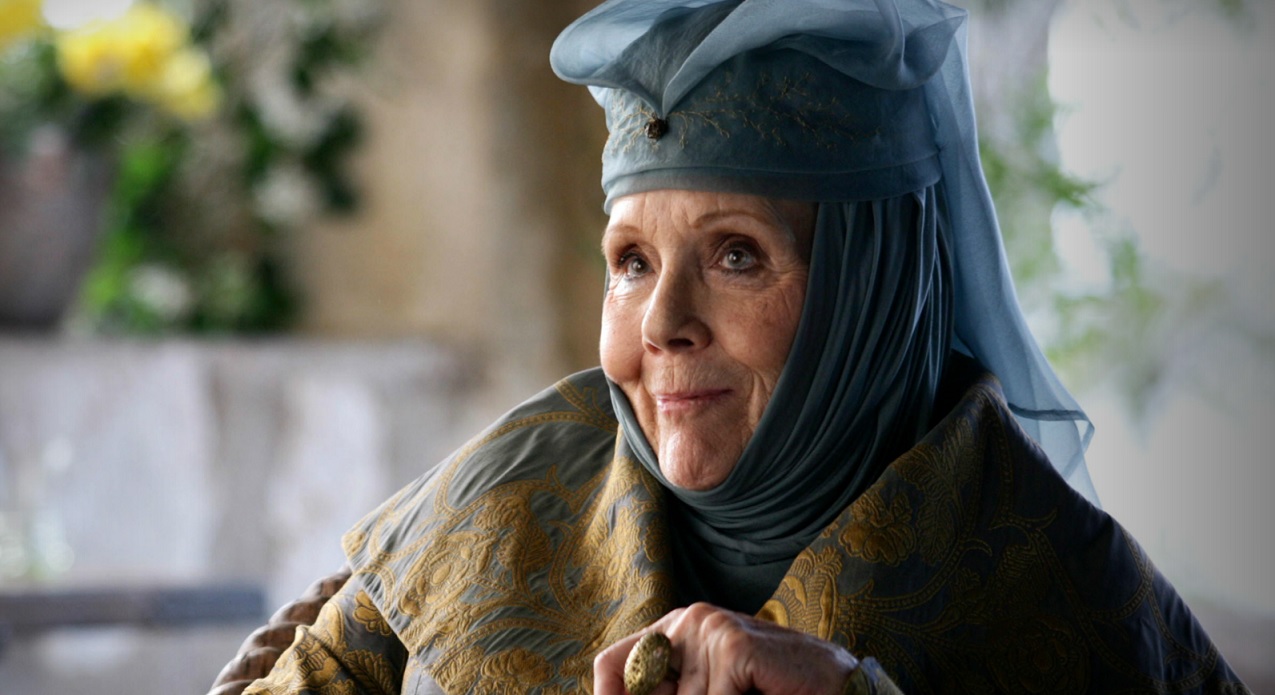 Written by Vanessa Taylor (Alias, Hope Springs), the new episode of Game of Thrones spotlights the female roles of the series. Like the first episode, the audience is invited to catch up on all of the characters and clean the cobwebs of the interconnecting storylines from last season.  In “Dark Wings, Dark Words,” actions focus more on reactions as each character works to make advances both physically and politically. In a series that regularly changes character viewpoints, this episode seems to reinvent itself as we see each woman work over a male counterpart in a multitude of scenes and locations within the Seven Kingdoms.

Shae, the handmaiden for Lady Sansa shows her jealousy and command over Tyrion as the two discuss Lady Sansa’s beauty and Tyrion’s shady past of expensive lovers. While discussing her thoughts about Littlefinger’s potential intentions with Lady Sansa, she owns Tyrion with her sexual prowess even after he warns her of the death threats from his father, Lord Tywin, who will murder the next whore found in his room. Their relationship is well portrayed from the actors as it’s cloaked in a peculiar feeling that the two would have never met if he hadn’t initially paid her to sleep with him in the first place. Despite this awkward introduction, there seems to be something genuine about Shae as she risks her life for the ones she loves.

In another, more forced relationship, Lady Margaery visits her mega-douche fiancé, King Joffrey as he sits in his bedroom playing with his crossbow. After a warning from Lady Sansa about the evils that lurk inside King Joffrey, Lady Margaery fearlessly answers Joffrey’s intrusive questions regarding her dead, and formerly homosexual, husband. Without a second thought, she answers all of his questions and then plays impressed when he shoots an arrow into a stuffed boar across his bedroom. In the final moments of the scene, she makes him fall in love with her as she asked for a demonstration on how to use the crossbow, and the two discuss killing something with the weapon. Presumably, he’s picturing some sort of erotic Natural Born Killers kind of life, but it’s more likely she’s playing him for a fool.

Lady Margaery’s political moves were clearly passed down from her wisecracking, take-no-shit grandmother, Lady Olenna Tyrell. In a short but remarkable scene, we follow Lady Sansa to meet with Lady Olenna Tyrell. Before dessert can be served, Lady Olenna Tyrell freely tosses insults about her dead son Renly, her dead husband, the Lannisters, and generally all of her friends and relatives while humiliating the waiter directly to his face. In her short dialogue, it’s clear that she is powerful, wealthy, well connected and utterly undaunted. After a few quick introductions, the three discuss treason, which clearly makes Lady Sansa uncomfortable to say the least. The treason they discuss is how much of a monster King Joffrey can be. Ironically, or more likely planned from an excellent writer, there is an earlier scene where the young King tells his mother, “…intelligent women do as they are told.” It’s clear that the boy doesn’t know what he’s in for as the trio of leading ladies discuss their fates and damn all those who wish to stop them.

Catelyn Stark, a mother without a family or home, seems generally uncomfortable in her own skin. She reveals the weight on her shoulders as she admits that it may have been her attitude regarding Ned’s bastard son, Jon Snow, which brought the ill fortune to the Stark House. Arya Stark, Catelyn’s daughter, is leading two friends through the forest with royal-made swords and questionable direction. As the group leader, she leads the group into rough circumstances with the Brotherhood Without Banners that led to her being exposed as the sister of a king. The man who exposes the girl is a captured Sandor Cleagane, also known as The Hound.

While every female in the episode seems to be moving forward in the Game, a new character in a scene with Bran storms in with a memorable introduction and a sharp blade. In the opening scene, Bran dreams of walking in the woods and hunting a three-eyed black bird with a bow and arrow. Seemingly lost, he wanders through the woods and takes aim on the bird while Jon Snow and Robb watch from behind. Another boy enters the dream and tells him that he cannot kill the animal, because the animal is a version of himself. Perplexing, it’s even stranger when this boy shows up in real life. In the forest, the boy’s dire wolf growls at an approaching stranger as Osha makes her way out of sight to protect the boy. The stranger turns out to be the boy from Bran’s dream. Osha puts a spear to the back of the boy’s neck to threaten him, but she must stop when the boy’s sister places a blade on her throat. While Osha feels that the boy is too old to need protection from his sister, she and Bran decide to take the journey together when the boys says, “We’ve come a long way to find you, and we have much further to go.”

As the story creeps forward, it’s nice to see the female leads advance as the episode focuses on intellect, rather than HBO’s usual formula of bloodshed and near-porn. Key characters were introduced and monumental plot points are being laid out. While there was certainly less action the usual, the first two episodes have laid out a foundation and season three continues to build as members of the Game prepare to defend while others set their sites on attack.