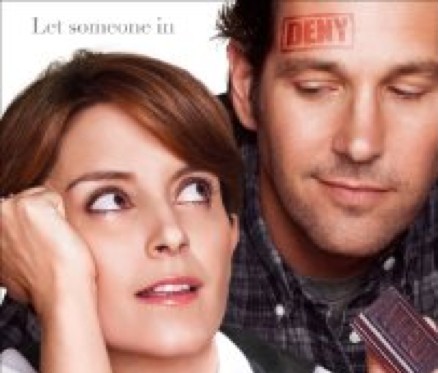 When I first saw the trailer for Admission, it bummed me out. Here was Tina Fey, funny, smart, bad ass Tina Fey, making another romantic comedy where she played the career gal who just couldn’t land a man. It was like a Liz Lemon joke of a movie. And it bummed me out that no matter how universally accepted as the antithesis to the “Are Women Funny?” question Tina is, she still gets shitty romantic comedies with no depth dumped at her feet.

So imagine my surprise when Admission wasn’t that. It was funny, and Paul Rudd was predictably winning, but mostly it was surprisingly un-cliched. From the genuinely touching adoption/parenthood angle, to the sincerely damaged characters, the movie was a lot more than just weirdly convenient nude scenes and banter. It had a sad undercurrent that helped to ground the more frothy bits.

From the trailer, you know the basic idea. Impossibly handsome and charming Rudd tracks down career-oriented admissions counselor Fey to try and get Joshua into Princeton, despite the fact that Joshua has crap grades and a history of suspension (thanks to his time as an unengaged, angry foster kid coasting through public school while his parents worked too hard to try and feed him). Rudd’s secret reason for doing so, however, is because he secretly thinks Fey may be Joshua’s mother. How the movie manages to jet from that heavy intro to moments like Rudd coyly winking at Fey while naked in a barn stall was one of the mysteries that dragged me to the theater. But the movie takes this wonky premise and goes deep with it, digging into the parental scars that led both Fey and Rudd to their place in life, and the efforts they have to go to overcome them. In the trailer, Rudd seemed like the perfect man, but in the film he’s just as damaged as Fey, and just as in need of some early-40s-coming-of-age.

It’s not surprising that Admission was dumped into the studio wasteland that is March movies. But for a mid-March palette cleanser, it’s surprisingly nutritious. There’s a few groan-y moments, but mostly it’s a solid dramedy with well-cast leads and a balls-to-the-walls Lily Tomlin performance. Probably due to people having the same reaction to the trailer as I did, it’s sneaking under the radar, but that’s a shame. It’s a lot more interesting than that generic-looking movie poster makes it seem.