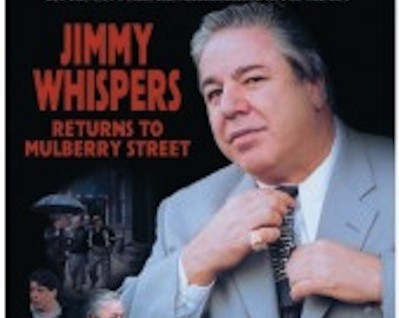 There have been many actors who have tried to muster and maintain the true essence of a gangster. Some that come to mind are Robert DeNiro, Chazz Palminteri, James Cagney, Al Pacino, James Caan and Joe Pesci. But there is one in particular who is not mentioned as much but who truly captures the aura of a gangster, our friendly neighborhood “wiseguy- actor”, Clem Caserta.

The New York native has become a staple in the major icon movies and independent film circuit. From his debut in Falling in Love (1984) to his latest, Voices from Beyond (2012), he has always given his fans a taste of “gangster chic”. His good friend and mentor Robert DeNiro opened the doors for Clem and has kept them open ever since. Clem has appeared in numerous projects with DeNiro, who taught him the art of “method acting”.

“I learned a lot from Robert. The art of method acting is the purest form that any actor could ever want to master. It has given me the tools to bring me to where I am today.”

In the same year of his debut film, he took on the role of Al Capone in the blockbuster film Once Upon A Time in America. He worked along with soon-to-be legends like Robert DeNiro, William Forsythe, James Woods and Joe Pesci. Clem followed in the footsteps of DeNiro and honed his acting skills to hold his own in future projects.

One of his most popular roles that placed him on the map was in the iconic gangster film Bronx Tale. He played the right-hand man to Chazz Palminteri’s character Sonny, as Jimmy Whispers. The character Jimmy Whispers soon became a household name, bringing Clem Caserta with him. Clem decided to build on the character of Jimmy Whispers when he released his own film Jimmy Whispers Returns to Mulberry Street (2004).

On Bronx Tale Clem took a hands on role in the production of the film, offering his consulting knowledge to the fabric of the project. Along with Sylvia Faye, he cast the film; they could not move forward without Clem’s approval. He helped suit up and teach 150 extras the basics of gangster attitude. He met Vinny Pastore on the set and Pastore become his stand in. They became friends and, during the filming of Night of the City, he brought Vinny to Robert DeNiro. Clem felt privileged that he was able to help Vinny, who later became well known as Big Pussy in the Sopranos.

“I created a new film term “feature extras” for the extras that took part in the film. I developed the idea of that term. Wherever that camera went, I was there to consult on every ounce of the project.”

His talents brought him into another gangster favorite The Untouchables along with Kevin Costner, Robert DeNiro, Sean Connery and Andy Garcia. One scene stands out for Clem the most, when he and DeNiro come downstairs with guns drawn, the genius of the other actors made him feel very much in the moment. Clem felt like it was so real that it was almost scary. Because of the talent and expertise of director Brian de Palma, it was a masterpiece.

After that accomplishment, he opened his own acting school. One of Clem’s students, Vinny Guadugnino- who later became one of the teachers in his school- went on to be a star of the controversial reality show, Jersey Shore. Clem believes that to be a good actor you need to live in the moment and his skills did not fall far from the tree when his son Clem Jr. became one of the stars of the reality show Hell’s Kitchen.

“I turned down 38 reality shows. It’s not about money, I just don’t like them. But whoever is doing them, I wish them luck. I made a contribution to the industry. The jealousy in the business is legendary. Yet I overcome it and keep plugging away.”

Clem went on to appear in more iconic films like Goodfellas, Casino and Analyze This. The scene where Clem is whacked in Analyze This, which was shot in Staten Island near the Outerbridge Crossing, is right by his real home. Billy Crystal called him “One take Clem” since his scene only took one take. Clem prides himself on that scene; they had twelve extra suits ready since they thought it would be more than one take. He also had the opportunity to walk home right after the take.

Currently he is shopping another of his projects Mafiettes. It’s about girls who take over the mob from old time wise guys. The style is similar to Mob Wives. They currently have a ten minute clip on YouTube that has already registered many hits. They are now working on making it a feature which is in pre-production. They are looking to cast mob girls: if anyone is interested, they can contact Clem at 917 -751-5278 or jwacting@yahoo.com . The short already raked in four awards at the NY Film Festival in 2011.

Clem would also like to thank Edward Anthony for all his assistance in all of his projects.

You can learn more and keep up with Clem at his website.