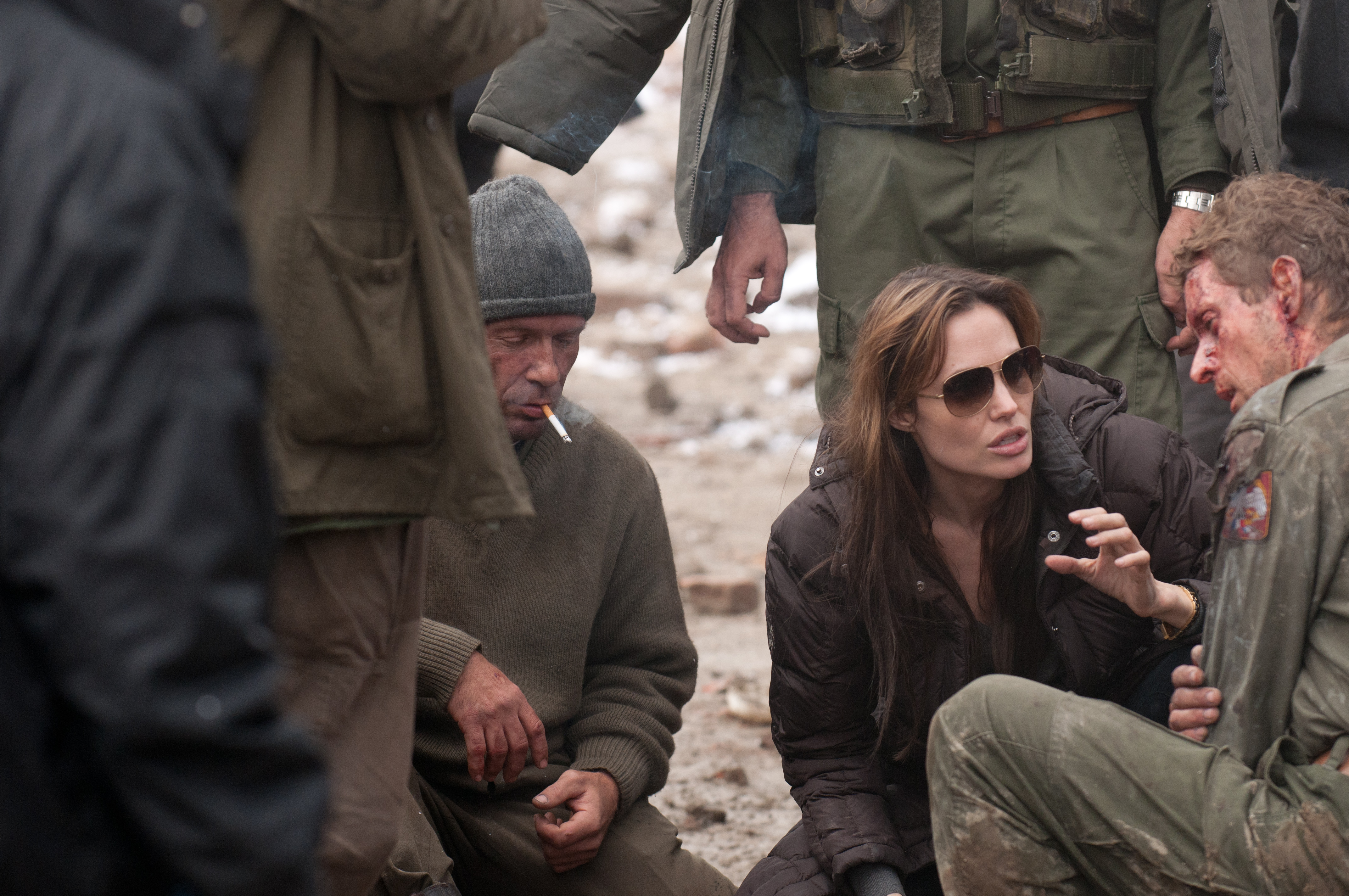 Controversy in War Films: In the Land of Blood and Honey

Portraying the struggles of a foreign nation during a time of war has become a common trend in North American cinema. War being the most favored subject matter of filmmakers, it is also the most controversial one. Countless war movies are released each year with an apparent agenda of exposing “the truth” rather than entertaining the audience and consequently they become subjects of dispute. A recent example is actress Angelina Jolie’s directorial debut In the Land of Blood and Honey (2011)– a dark love story of a Serb soldier and a Bosnian Muslim woman set during the Yugoslavian Ethnical War of the 1990s. This ambitious project, which hides nothing from the viewer in regards to the atrocity of that time, received far more criticism and harsh accusations than acclamations. Moreover, Bosnian women who survived the war and the head of the Bosnian Serb Association of Camp Prisoners accused the director of “telling lies”, demanding that the film be banned and Jolie’s licence to film in Sarajevo be suspended. Whether right or wrong in their accusations, what’s intriguing here is how and why an audience reacts with such zeal towards fictionalized war stories when the easy defence is that “it’s just a movie”.

After exhausting the horrors of WWI and WWII, US filmmakers are now seeking inspiration in the war atrocities of little-known countries with little or no American involvement, attempting to tell stories never told before (as Jolie does with the Bosnian-Serb War of the 1990s). Yet, in spite of their best intentions, American filmmakers will always be outsiders in the foreign lands that are their subjects. Unlike someone like Quentin Tarantino, who is known for his tendency to rewrite history, for more objective filmmakers such as Jolie, this could be a great challenge (as it is for any foreign filmmaker touching on issues concerning events from recent US history). For one thing, being new to a country’s geo-politics, history, and religion itself can be quite intimidating; for another, no one can know more about a war than its survivors. So it is to be expected that the work of an outsider will face skepticism and judgment, regardless of its level of accuracy.

Needless to say, those who experienced the war will be more sensitive to its cinematic re-enactment. At its core, In the Land of Blood and Honey carries a dark subject, calling attention to horrific events in recent-history Bosnia and Herzegovina, and touching on the brutality of Serb officers towards the Bosnian Muslims. The graphic images exposing the destruction of cultural establishments, mass murders of camp prisoners, and the habitual rape of women kept in the so called “rape camps”, awaken the memories of those who survived the war. The barbarisms are traumatizing and the conflict between Serbs and Bosnians to this day is still in flames. Therefore it is likely for the film to face hurting survivors and defensive oppressors sensitive to the issue. Beyond that, in any circumstances, one should respect regional religious beliefs and demand for privacy, keeping in mind the culture of the subject state. Having a woman’s body exposed is taboo in many religions, especially Islam, yet in In the Land of Blood and Honey Ajla (Zana Marjanovic)’s bare body is revealed more than once in the heated love scenes with Danijel (Goran Kostic), prompting understandable negative reactions from not only Bosnian survivors but Islamic women across cultures.

Creating objectivity in a story is another challenging task. Every story begins with a point of view and it ends either on the left or the right side of the conflict. Jolie, indeed, takes the side of the Bosnian victims yet, through General Nebojsa (Rade Serbedzija)’s powerful monologue about the Turk soldiers who murdered his family, she somewhat justifies the actions and the attitudes of the Serbs towards the Bosnian Muslims. Countless times, Danijel whispers to Ajla how much he despises the war and the killing. The soldiers, too, harbor hopes of seeing the war end for the sake of their children. Inevitably, as the story nears its end, the attitudes shift and the finger appears to be pointed more at the false war ideology than it is at the oppressors themselves. Even in its effort to reach objectivity on the issue, the rejection of the film by survivors on both sides of the conflict still stands. Rooted in human psychology is the instinct to justify our actions and stay true to our beliefs, making a filmmaker’s attempts to humanize both sides of a conflict unsatisfactory to each of those sides who believe that they were in the right.

Either a devoted attempt to be educational or simply overwritten, the dialogue and subtitles in In the Land of Blood and Honey share more than the necessary statistics and facts on the Bosnian War. It’s impressive that Jolie took so much time doing her homework done on Yugoslavian history, yet the narrative was still criticized for its lack of authenticity. While it is common for a viewer to approach a narrative film with expectations of strict faithfulness to history and culture, such assumptions ignore the fact that feature film by definition fictionalizes historical events. The considerably short length of a feature demands that writers and editors compress true events and select only the pieces that advance the plot, which seems to always result in shock and disappointment from an audience unwilling to consider such practical realities of filmmaking (see also the great Argo debate of 2012). Lastly, no matter how much objectivity is intended, the perspective of the sources used in researching the film leaves a huge impact on the way the story is told. A debate over accuracy is hard to have when all the facts are subjective.

Ultimately, the approach to storytelling based on actual events remains personal to all filmmakers, allowing their creativity to take over and incorporate fiction with reality in order to deliver a compelling story. Though, in the end, no one but the survivors can know how close Jolie has come to fully conveying the truth of the Yugoslavian Ethnical War.