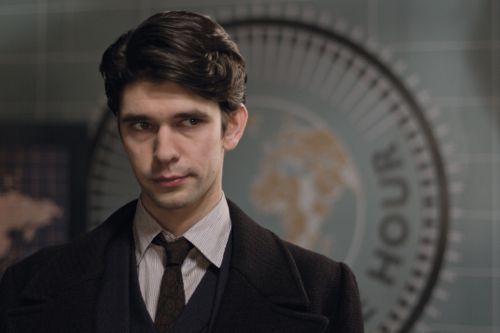 Season Wrap Up: The Hour

After just six episodes, BBC’s The Hour has wrapped up its intense, brilliant, though not flawless second season. (*This is a review of the entire season, so there will be some spoilers ahead.*)

The plot this year was incredible. The season premiere indicated this season would focus on domestic violence and vice. While the team tried to prove Hector’s innocence in a scandal involving KiKi Delane, a singer at the nightclub El Paradis, the Cold War loomed over the show. Really, the Cold War is inescapable for a show about journalism in the 1950’s. Still, attention was divided- moral corruption at a national level, and the impending nuclear crisis.

But, as Freddie and the team dug deeper into local corruption, they discovered Raphael Cilenti, the shady owner of El Paradis was involved in blackmailing government officials. After more investigating, it became apparent Cilenti and some government higher ups were involved in profiteering from the Cold War nuclear panic. And suddenly two good stories became one great one. While the domestic story was personal to the team, making it relevant to the Cold War, and therefore the entire country raised the stakes and added pressure to the team.

In addition to engrossing stories, season two delivered on what I hoped it would- character development. It made me like the characters I liked even more, and the characters I didn’t care all that much about in season one suddenly interesting and sympathetic. I did have a few issues with how some characters were handled- namely Camille, Freddie’s unexpected French wife.

Camille was introduced at the beginning of the season, an obstacle to a Freddie/Bel romance that was teased throughout the first season. Of course the marriage couldn’t last- Freddie was still madly in love with Bel. We saw Freddie and Camille fighting several times over his devotion to his job, and to Bel. Then Camille took a trip with friends and didn’t come back.

Since The Hour only has six episodes a season, it makes sense that Camille’s storyline felt a little rushed. Still, I thought this plot fell short of its potential. I felt the same for Bel’s love interest Bill Kendal. He pursued Bel relentlessly, then in the last episode declared her “cold” and “impossible”. The thing is: Bill knew exactly what Bel was when he was chasing her. She’s a successful woman in a man’s world- of course she puts her job first. He works at a rival news show that is trying to steal her anchor- of course she’s going to have a hard time trusting him. Bill went from being very patient and understanding for five episodes, to completely fed up. Both Camille and Bill were likeable characters, which is a hard thing to accomplish when they’re obstacles to a popular should-be couple. Their arcs felt like they came to an abrupt end, simply because Freddie and Bel should get together in the finale. Camille and Bill deserved better.

The writers can absolutely be forgiven for these mishandlings though, because the established characters from the first season continued to shine. It was nice to see Bel attempt a healthy relationship for once, although as you see above, that didn’t exactly work out. There was also a wonderful moment when she questioned something she hadn’t before- her job. After one of her sources was murdered, a shaken Bel contemplated abandoning a story to protect herself and her team. It showed a new, more vulnerable Bel.

Also showing a hitherto undiscovered vulnerable side was Lix. One of the more experienced members of the team, she was the one with all the answers. But with the introduction of the new boss, Randall Brown, we delve into Lix’s complicated past. I’m trying to avoid too many spoilers, but I sympathized with her past decision, and it was heartbreaking to see how it still affected Lix and Randall. Speaking of Randall, he fit in so well with the team, I sometimes forgot he wasn’t there all along.

This season also succeeded in making me like Hector, The Hour’s leading newsman.  In the past, he was a serial womanizer, who chose ambition over integrity. This season peeled back some of his layers. We could see how his time serving in WWII affected him. There was also plenty of a conflict as we saw him torn between doing the right thing morally, while still bound by duty to an old friend. For most of this season, Hector was stuck between a rock and a hard place. His own actions put him there, but by the end, I was rooting for him to come out on top.

Hector’s wife, Marnie continued to become stronger. She quite rightly stood up to Hector several times, and asserted herself as her own person. But strength isn’t just about being forceful- it’s also about knowing when to forgive. When she saw Hector was truly troubled, Marnie did just that. After discovering Marnie committed some indiscretions of her own, Hector returned the gesture. Last season, I thought Marnie could do so much better than Hector, but now I hope they turn into an unstoppable power couple, and get back at everyone who wronged them this season.

McCain was another character I initially didn’t like at all, but then again, you weren’t supposed to. He spent much of season one trying to censor and repress The Hour news team. He continued to undermine the team during most of the episodes, but the revelation that McCain was gay, in a time when male homosexuality was still illegal, and was a victim of Cilenti’s blackmail ring made McCain so much more human. And in the season finale, tired of living with so many lies, McCain actually came in and helped The Hour expose the government corruption. I went from not caring at all about McCain, to sincerely hoping they find a way to keep him on the show, since he won’t be working for the government any more.

Freddie is the last character I want to talk about. Freddie is obsessed with telling the best, most truthful story. He matured a lot since last season, but retained a surprising amount of naivety. Freddie charges through life, unafraid of the consequences, because thus far, there haven’t been many for him. He’s always managed to beat the odds. Which is why it was devastating in the finale, when he promised KiKi Delaine protection in exchange for her appearing on the show, then realized he might not be able to keep that promise. In order to allow KiKi to get away from Cilenti’s men, Freddie offered himself as a distraction, and was severely beaten for it. If you’re squeamish, and/or really like Ben Whishaw, it’s hard to watch. Whishaw deftly flickers between fear and false bravado, reminding viewers of why they like Freddie in the first place

Even if Freddie survived the encounter (which is questionable), surely his unique brand of innocence and overconfidence has suffered. Assuming there is a season 3 (again, questionable), it’s going to interesting to see how Freddie has been affected by his experience.

I’m still in awe of the technical beauty of The Hour. The costumes are gorgeous as ever. There are plenty of amazing shots that will make you pause for a moment to appreciate them. While I find having six episodes a season frustrating as a viewer, I have to remember: quality over quantity (This is what I always remind myself during Sherlock as well). You can tell how much attention and love goes into this show, and six beautiful episodes are preferable to twelve decent ones.

Now please join me in knocking on wood with crossed fingers that the BBC decides to renew The Hour, and that if they do, all the characters survive until season 3.

Final note to the BBC- Not every season finale needs to include a death, a faked death, an almost death, or some similarly horrendous cliffhanger. Please stop.