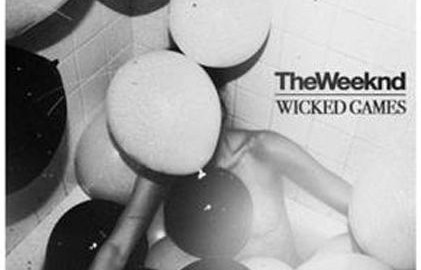 Abel Tesfaye has been around long enough to be selling out shows but you still might not know who he is or why people (see John Norris of MTV) are calling him the “next Michael Jackson.”  He’s found the essence of a generation in his drug-riddled tales of desperate adoration, sex, and pain. The self-starter released not one, not two but THREE free mixtapes already and needless to say, there was quite the response. He recently signed to Universal and remastering of those aforementioned tapes has almost been completed (with a release date of Nov. 13th) along with three new tracks. With that, the re-release of “Wicked Games” is upon us. Yes, technically this song isn’t necessarily new. However, with its video and almost forty seconds being shaved off the track – it’s a new beast. The focus has shifted from the layered guitars and dreamscape vocals to a more focused snare & bass duet. Our foundations and accents have traded places, leaving the empty feeling Abel is trying to avoid lyrically right in our face musically. A twang wails low and off to the side; instrumental breaks highlight “Bring your love, I can bring my shame / Bring the drugs baby, I can bring the pain;” the bridge is quickened but comes off more direct. It was an exciting song that always stood out as The Weeknd’s iconic sound only now, it’s that much clearer why.