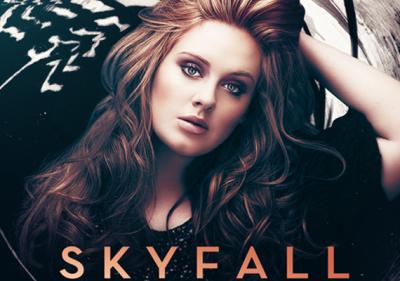 This Week’s Number One: Adele- “Skyfall”

This week, I thought we’d try something new and introduce a new feature that focuses solely on a song. Yeah, album releases lend themselves to more dissection but sometimes, a single is all you need to really shake up the music world. Cue Adele and the release of “Skyfall,” the title song to the soon to be released Skyfall film. The internet went into a flurry when a snippet of the track came out so with the full release finally upon us, how’d the newest Bond girl do?

Well, to say the least, there was no surprises in its power. A seventy-seven piece orchestra recorded at Abbey Road Studio brings a swelling production to Adele’s crooning. It’s melodic yet free-form and drifts throughout – a very representation of what we’d come to expect from a 007 theme. It’s antique but completely appropriate in any decade. The track builds and erupts into a beautiful crescendo as our lead shows the world that controlling her pipes is just as powerful as her letting loose. “Skyfall” is certainly fitting for the upcoming Mendes’ film and it only adds to the excitement.