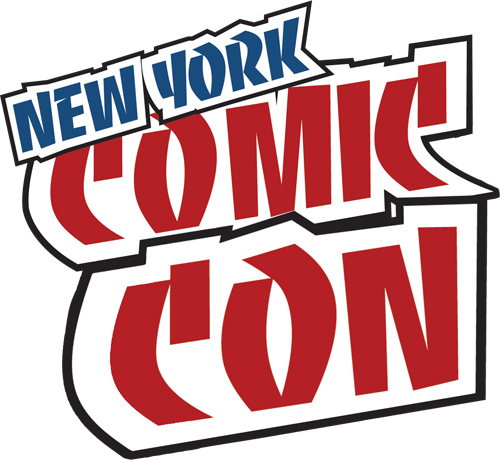 Leaves fall, people stare moodily into middle distance, and my heart’s as filled as a baked potato. New York Comic Con has come and gone. I love a good Con, and this one was wonderful (stressful, crazy crowded, and sometimes overwhelming, but wonderful). And I know you’ve heard me talk about my Robin/Nightwing issues before—you know I want to be wherever the comics are. Leaving on Sunday left me with that bittersweet Goodbye-Awesome-Summer-Camp/Hello-Home feeling. There were celebs, movers, shakers, amazing comic books, vintage collectibles, panelspanelspanelspanels, crazy people, cool people, crazy cool people, and nerds/geeks of all shapes, sizes, and fandoms gathered under one roof.

Before I get into all my personal reactions to NYCC, let’s have a little general Con talk for background. Recently, Culture Cons have been popping up all over the place and/or becoming more prominent—there are Cons for Comics, Anime/Manga, Video Games, Animation, Dragons, and a whole slew of other stuff. In a lot of cases, a big part of this is because Cons are great for marketing. We live in a money-driven world, and more and more businesses are realizing that if you can get an active fanbase in a room (or a convention center) where they can feed off of each other’s enthusiasm, you can sell them more stuff, and have them be more likely to evangelize your products/shows/whatever to other people.

But you know what? I’m not even mad. I don’t really care that a lot of Cons are moneymaking machines. I love them anyway. I love that Culture Cons are becoming a bigger deal because I hate apathy. I think it’s stupid, and I hate when it’s portrayed as the height of cool. For me, a surge in Culture Cons is proof that more people in more places are finding ways to own and share their enthusiasm (for whatever it is they love). And I’m cool with the nerds/geeks, and other flavors of enthusiastic fans driving the market—even if it’s just driving them to come to us. Awesome. People, I think we’re witnessing the Rise of The Nerd (and the death of apathy), and I couldn’t be happier.

In recent years, The Comic Con has become the biggest, baddest, and most umbrella-y of all the Cons. It has also become the most mainstream of all Cons. Comic Con means comics first and foremost, but at the larger Cons (like San Diego and New York), the comics are often competing with publicity for just about every facet of the entertainment industry, and the halls are more likely to be filled with a broader mix of fans (from Golden Age Comic to Teen Wolf people, and from rabid to casual).

This year’s New York Comic Con (let’s call it NYCC for short) was big, crowded, and chock-full of a little bit of everything. NYCC had an Artist Alley, The Block, The Showroom, the IGN Theatre for special events, and lots of room for panelspanelspanelspanels (the panels are my favorite), autographing/photo ops, parties, screenings, charity works, and other special events. Almost every fandom (or type of fandom) was included—there was plenty to do with comics, naturally, but there was also a lot of love for manga/anime, video games, nerd/geek-centric TV and movies, and books. There was room at this inn (emotional room. There was no physical room. I mean, you were free to squeeze in, you just had to try not to get stabbed in the eye by stray wings/prop weapons or trampled on your way to the escalator). This year’s NYCC was held at The Javits Center just a few blocks away from Penn Station. If you were ever lost, you could just follow the breadcrumb trail of cosplayers on their way to the Con. The Center is really nice, lots of glass walls and open floors, and it’s big, but the crowd was bigger. In 2011, NYCC clocked in at around 105,000 attendees, and this year, it was sold out before the first day of the Con. It’s also the biggest Con on the East Coast. So when I’m all, “OMG! It was sooooo crowded!,” know that I’m not just whining for the fun of it.

NYCC was really great for me (comics everywhere!). It was also a bit different from other Cons I’ve been too. Aside from the size thing, the big difference for me was the diversity. I mean racial diversity, but also just the diversity of fandoms. It was honestly like squeezing a little geeky microcosm of New York City itself into one building (…which makes sense, since that’s pretty much what it was). In terms of the attractions, Artist Alley was gorgeous to behold—the wealth of talent in a relatively concentrated area was pretty staggering. The Show Room and The Block made me drool over all of the cool stuff. Both had new video games to try out, awesome cars parked in the middle of the room, literal tee shirt towers, new books, and lots lots lots lots of tempting comics of all flavors (new indie graphic novels, rare vintage editions, and everything in between). But while I love a good tee shirt (and even more, a good comic), what I thought NYCC did particularly well was the panels.

For me, a Con is about the panels. All I want to do all the time is have deep, detailed, nerdy discussions of comics, literature, TV shows, and the rest of pop culture. Most of why I go to Cons is because I want to be physically present in the same room as people who are talking about that stuff and inviting me to speak/ask questions. Panels are also the places where I’m most likely to make new friends. Whether it’s standing in line waiting for a panel to start, or shuffling out of the room after the panel, or even waiting in line for the bathroom (this was a real thing that happened to be me), sharing an interest in the same panels really lets you know that you have stuff in common (aside from the fact that the other person might be wearing a costume or t shirt from a franchise you like). And there were panels on all sorts of topics—the Psychology of Cosplayers, The Construction and De-Construction of Superheroes, Comic Books In Libraries, and almost anything else you could think of. There were panels where professors and grad students shared their honest-to-goodness scholarly papers on comic book-related topics. Those panels especially gave me the warm fuzzies. Panels are my favorite. The only bad thing about the panels was that sometimes I wasn’t ready for them to be over. The hour would be up and I would just want to scoop up all the panelists and take them to the nearest coffee shop so that I could hear them talk some more. I have this impulse a lot, actually.

Don’t worry. I’m not too heartbroken. That’s what the Internet is for.

Besides, there’s always next year.