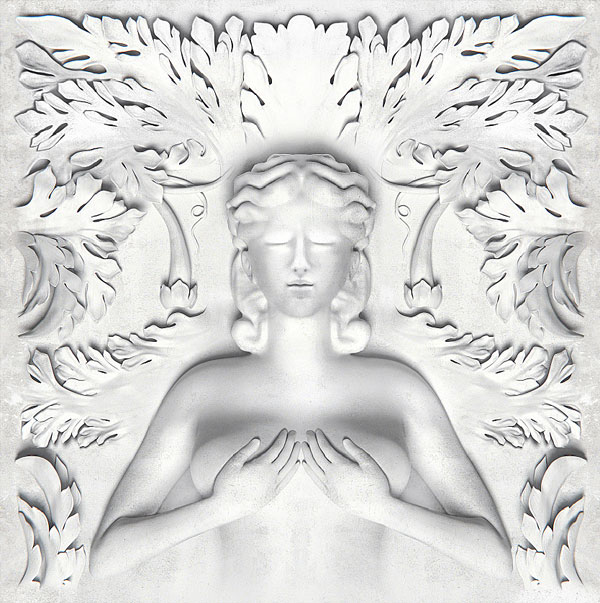 Okay, right off the bat, let’s get this clear – this isn’t Kanye West’s new album. Compilation album that he’s the Exec. Producer on for the G.O.O.D label- that’s what this is. Whew, thank you & spread that knowledge please.

Now, throughout the summer, Yeezy and his crew have been releasing some solid music. Between “Mercy,” “Cold,” and “New God Flow,” there has just been a fever sweeping across the nation with that signature Chi-town sound. The fallout from all of this has led to: Big Sean featured on a Bieber song(what?), maybe brought Ma$e back, and reminded EVERYONE how amazing Pusha T is. Cruel Summer isn’t mean at all which is both a good and bad thing.

To think for a second that this album wasn’t going to open up in a ridiculous fashion would in itself be ridiculous. Cue R. Kelly telling us to “put our middle fingers up” not even thirty seconds in. The speed of this album’s set from the starting line and goddamn if the ride isn’t hella fun. Production continues with the almost ritualistic beat of “Clique,” strewn with shortened breaths and a choir-like hook. The echoes give it this literal underground, removed from the world feel that sticks with you. The Illuminati theme is on full tilt throughout the record and this track is its finest showing. Sean, Jay-Z, and Kanye are on point in all their respective styles of presentation and the three just spit hot fire.

I could go track by track here because the album has a lot of really memorable moments. The fire scorches through those aforementioned singles of “Mercy” and “New God Flow” which should feel crowded but only get away with it due to who is talking. Granted, there are verses that feel forced but I guess it’s tough when you’re on a track with the likes of Common, Ghostface Killah or Raekwon. West’s production can only take you so far and as with the nuke that Watch The Throne was, it’s no surprise that ego – and I use that term connotatively – could lead to some hiccups that don’t make this album as airtight as My Beautiful Dark Twisted Fantasy or prior solo releases. The only one who can keep up is Pusha T, having us reminisce of those Clipse days.

However, through all of that talent, the song that caught me most was the only solo track on the album by Kid Cudi. Now, after WZRD earlier this year, I wasn’t sure what was going to happen to Cudi. I mean, he’s here to stay but that was a whole new direction he took so I was excited to see him back on G.O.O.D. side. Even though he’s got the shortest track on the album, it packs a slow paced punch that didn’t register on my jaw until about three hours after getting through the album. That was the first song I wanted to hear again – not the royalty laden singles.

It’s then that I realized what Cruel Summer was missing for me. Take an inflatable, bouncy castle – the kind used at parties. Even though you’re looking at a castle and the exterior is great, there’s only air inside. I want Kanye to rebuild that castle he put the throne on because I feel he’s only looking at a crown now and not what made him who he is. Maybe I’m expecting too much from him but with his catalog, he always does better when he bears his soul. “Everything I Am” always comes to mind when I want to showcase him and I miss how unrelenting he can be. Cruel Summer is ablaze with talent that reminds us that hip hop isn’t dead – instead it’s changed.