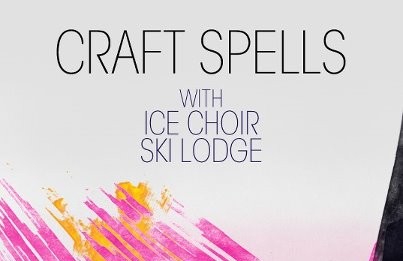 Craft Spells and The Ice Choir at Glasslands in Brooklyn

This week I went out to Glasslands to catch The Ice Choir and Craft Spells. The show was put together by PopGun, a Brooklyn based booking agency. The bill worked well with two different era kind of bands. There was a third band that opened called Ski Lodge, but I didn’t arrive in time. I wish I had seen them because I’m currently listening to their Bandcamp and dig their sound. They remind me of Vampire Weekend, but with less world music elements. The Ice Choir was definitely straight from 1985 with their smooth synths, drum pad, soft vocalist and guitar drenched in reverb with mild distortion. They didn’t have a lot of stage presence, but they could get the crowd moving once in a while. I actually went to see Ice Choir. I had never heard Craft Spells, who was the headliner. Their sound jumps a few years into early 90’s territory with an alt-punk feel. They really got the crowd going due to energetic playing and catchy songs. To note it’s easier to get a crowd moving when there are more guitars than synths on stage. I think it has something to do with the audience being able to see the performer play with more vigor because it’s easier to move around with a guitar than a keyboard. Solution – midi guitars!