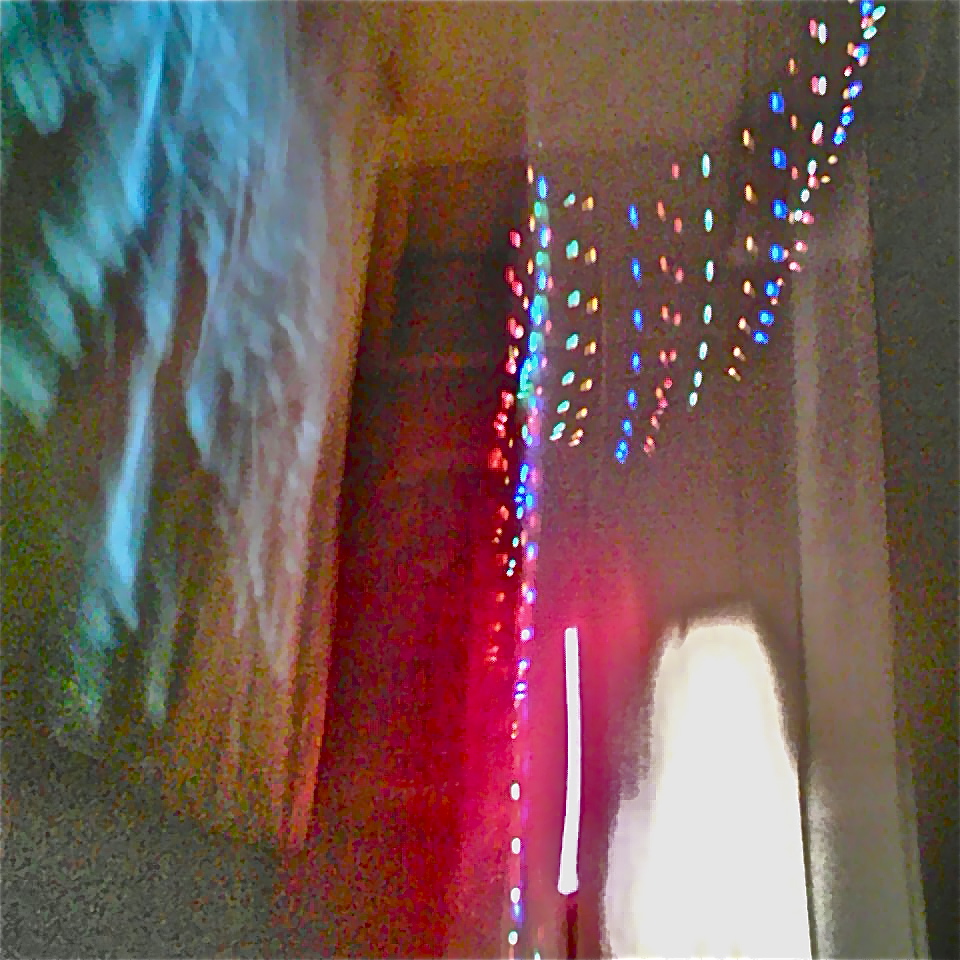 A Visual and Existential Journey through Funky Daisy

It’s been over a year since YARDGAMES’ 2011 release, Last Picnic In Limbo, but he’s back with Funky Daisy, a mechanical-feeling, beat-driven instrumental album that straps the listener to a conveyor belt and moves them through a myriad of landscapes. It’s rare for my mind to produce imagery this vivid for an entire album. Due to this extensive imagery I would like to share with you my abridged visual and existential take on Funky Daisy. DISCLAIMER: This may seem wacky, but hopefully relevant.

I began my conveyor belt journey in the mellow fields of “Daisy Days” on the little planet Funky Daisy. The soft sunlight and airy guitar melody provided a lazy, peaceful setting while the gentle thumping bass hovered under the field creating a vibrant energy of colorful harmony. It was like the daisies were alive and waving at me in sync with the slow moving motion of the track. The music sedated me; I believed my journey ahead would be smooth sailing. Bliss….

All of sudden killer piano attacks of augmented fourths shot out like smokestacks ascending into the sky and an ominous looking building emerged from the fields of carefree daisies. I saw barrels upon barrels of newly harvested daisies. The sign on one of the buildings read “Liftoff”- manufacturer and distributor of Daisy Juice. From what I could gather Daisy Juice is an herbal beverage made of reaping daisies from the adjacent field. This place freaked me out.

I transition to a lounge setting and find myself relaxing with a glass of Daisy Juice at the “Jam Bong”. For the moment the calamity subsided. The establishment was mellow and nothing like the last place. The walls were made out of raspberry jam that oozed downward in rhythmic fashion providing a sweet smell to a sweet beat. All I wanted to do is enjoy that mellow beverage and hang with my “Jam Bong” buddies.

After downing all that daisy juice the conveyor took me into a theater that was inundated with fog; after a moment I started to feel very funny. An avant garde flick entitled “Commerce” appeared on the big screen and the fog diminished. The minimal use of sample based layering made me feel I was surrounded by artsy gossipers and the lo-fi snare reminded me of a camera flash. The conveyor stopped and I watched the obscure film as the fog around me continued to dissipate. (On a side note- the film was just released to reality and can be viewed here.)

I left the theater and moved into a pensive state. That fog really got to my head. I felt like I needed a “Level Up” from my current mindset. I thought deeply about where my journey started, in the field of “Daisy Days” and how so much had changed. The bass melody halted my ability to move forward with its repeating five note line that rises then quickly drops. I imagined all those daisies and how graceful they were swaying in the warm, gentle wind. Luckily for me I’m an optimist!

“Circus” moves the listener into an animated world of clowns of all different shapes and sizes happily marching along waving and smiling at gigantic daisies that are also waving and smiling. The organ sample reminded me of a star emerging from the clouds shining its rays, bringing warmth to all underneath its glory. By the way everything was in black and white. Occasionally Technicolor bled through, but in all seriousness this was 1940’s animation style. That fog really made me trip…

The clowns turned into mounds of grass which quickly reshaped into sand dunes and I arrived in a desert riding a camel. I have now entered “Hoo Rah”, Funky Daisy’s largest desert. The camel trudges, marching through the heat. The echoing vocal samples call out, like The Sirens, dragging me off course and manipulating my delusional state with a mirage of an oasis that never comes closer.

“Nightfall” comes and I regain stability now that the sun isn’t frying my brain, or the fog has left my system, but those pesky sirens have turned into elongated cries of alarms. Where were they coming from? Then I realized I was back at the “Liftoff” factory and the sirens were ringing in the beginning of a new day.

“Wonderland” brings me into the world of how Daisy juice is produced. The kick and snare act like gears with this stop/go motion. The conveyor belt takes me through the journey every daisy goes through after harvesting. At the end of each measure starting on beat four, two eighth note beep-like sounds indicate a new batch of daisies are ready to begin transformation. A grinding low tone comes in on the first beat of the measure symbolizing the daisies being juiced. The remains are discarded to a fire pit that fueled the factories machines. A short pause in the middle marks the beginning of the bottling process. The same noise that juiced the daisies also provided the soundtrack to the bottling process. A long pause near the end marked a finished product. The newly bottled Daisy Juice waited in silence for distribution throughout Funky Daisy. The bleak soundscape captured a depressing end for something that once reveled in happiness and optimism. (side note- Catch the video for “Wonderland” here )

Moving vast amounts of Daisy Juice seemed to be quite the process. The company “Love People” distributed the powerful juice advertised to produce happiness. Love People’s philosophy didn’t trick everyone and outraged several radical groups who disagreed with capturing innocent daisies for the sole purpose of mimicking happiness.

Occasionally a pro-daisy group would break into the ominous looking “Liftoff” factory and free the daisies. “Undercover” promotes a sense of freedom and doing the right thing even if that means fighting fire with fire. The kick pounded my eardrum like a gate being beaten through. I heard alarms, indicating intrusion, made from a repeating synth note on the downbeat and I also heard the daisies giving praise to their rescuers on the pick into most measures. It’s an uplifting track that promotes the goodness people innately have even if it’s buried sub-consciously.

Even with the help of an enlightened few the world of Funky Daisy could not give up its most prized drink. The profiteers of Daisy Juice, secretly known as the “Villaintine”, were too powerful and spent a lot of time and money controlling the mindset of the majority- making them believe Daisy Juice was the only remedy for happiness.

“Daze Days” hit me like a surprise or a twist. At first I thought it didn’t fit with the album, but what I took from it, thanks to the carnival sounding instrumentation, was that Funky Daisy represents the trickiness of reality. One moment it treats you well, but the next moment you’re tossed in a juicer and sold to your friends. I equated the tracks unsettling tone to a carnival, because carnivals are meant for amusement, but sometimes they can be very creepy and unsettling. The track is similar to the opening in that it doesn’t have a drum beat. It’s comprised of a semi-thumping bass line, and two separate guitar-like melodies. Unlike the comforting and welcoming beginning track the last track made me feel I had been duped into witnessing a reality that was filled with deceit.

Funky Daisy made me think I was being serenaded by a group of circus folk or gypsies who took me through a world that advertised love and happiness (daisy juice), but really just stole from true happiness (the daisies) and had procured large profits by masking the reality of a world aching for pure joy. I might not be as optimistic as I once thought. Maybe ignorance really is bliss….