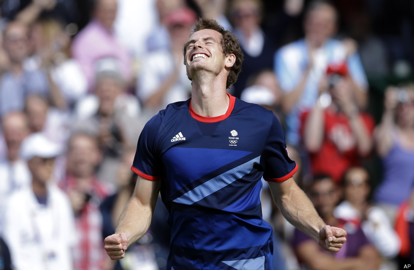 Olympian Of The Day: Andy Murray

Few people get a second chance to win a major championship on home turf, but Andy Murray got a second chance in the same year. After losing to Roger Federer at Wimbledon, Murray returned the favourite at the London Olympics, beating one of the world’s best tennis players in straight sets, dominating Federer in the Olympic singles final 6-2, 6-1, 6-4. Murray wins his first Olympic Gold for the UK, while the silver Federer takes home is still his first Olympic medal after participating in the summer games four times.

It’s sweet redemption for Andy Murray, taking advantage of a rare second chance to win a championship in London.

So he’s our Olympian Of The Day-  congratulations to Murray for his amazing upset over Federer and winning Olympic Gold for the hometown fans in the United Kingdom!