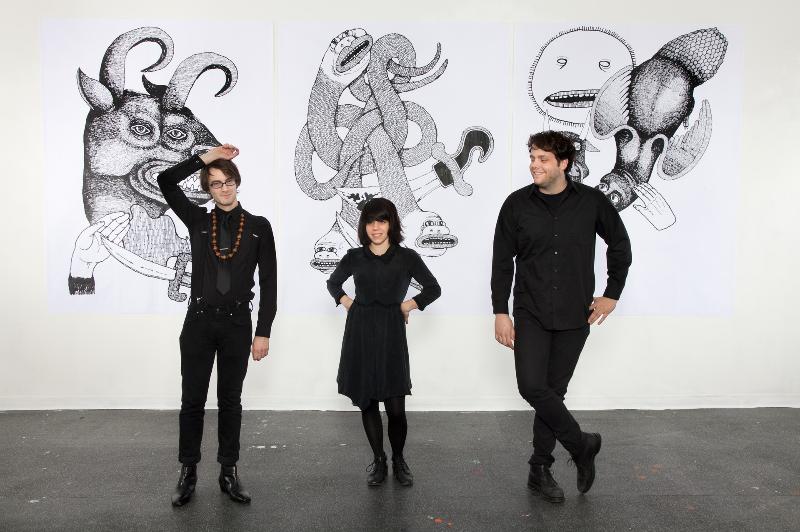 Witnessing evolution – on any level of the term – can leave one awestruck. It’s empowering, incredible, and just plain wild to experience something like that first hand – the path behind, and where said evolving will end are coming to a point in time together. Ugly, the New Brunswick trio’s fifth release, is that intersection of progress and fundamentals. Taking the staples that make them who they are in the indie-punk circuit and compounding Steve Albini production with a dash of maturity and grimness has given Females their ace.

Starting at the beginning, the accessibility of lead single and opening track, “It All Means Nothing,” sets the stage for a classic Females release. Right down to the first few seconds of drone, we have a blaring lead guitar being coupled with an ever-shifting bass and drum conversation. Not even two minutes in, the banshee calls of Marissa Posternaster’s riffs take over and into a sweet interlude while her shaky sneers spit out lyrics like, “you take what’s mine and face me like you’re blind / It all means nothing.” “It All Means Nothing” is the kind of track you introduce people to when showing them this band for the first time. A blueprint for understanding their intricacies and delivery.

Marissa’s always been quick to go from scream to snarl but this album finds her vocally on par with her abilities as a guitarist – which is quite a feat in and of itself. The slanted approach to her singing has given it a certain distinction that’s become readily identifiable. King Mike keeps our timing together while Jarrett subtly adds a layer of percussion underneath that is both driving and directed. The impeccable mix of punk, rock, surf, and (now!) metal have given the band their first song above five minutes and easily the best showcase of their individual talents. “Doom 84” is heavy, hard, and loud. Like, this-amp-goes-to-eleven-loud. The shift from good song to great song happens about halfway through when the trio let loose and throw-down such a gnarly riff after a scorcher of a solo you’re left dumbfounded; only to have your throat gripped up right as Posternaster hisses, “I need you to show me what your genius can do / so I can hide / you piss on my pillow / your filth in my veins / and I will make sure I don’t mistakes.” It’s a powerhouse song and something I can’t wait to see translated live.

Thematically, the (maybe meta) desperation for recognition tips it hat throughout the album, highlighted by tracks such as “Rotten Apple,” “Extinction,” & “Leave it All Up to Me.” Not to say that the band is looking for mainstream success or anything of that nature but one can only think that after five albums, how much longer are they with being the badass opener? They owned bringing The Dead Weather up on stage, almost casted a shadow on the headliner from their presence but they’re still not the ones going on late for some reason. Ugly wears all the reasons for that transition to happen and I firmly believe this album will be the break Females need – especially with the originality in their sound in a day where we’re domineered by shoegaze/dreampop/homegrown indie. Ugly is a big step for the band and it’s far from the end however, it’s this wonderful entanglement of past and future that makes you stop and appreciate the craft that is independent punk rock.