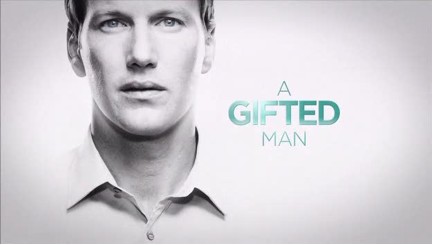 According to CBS, being #1 isn’t good enough to warrant a renewal.

There have been countless shows that I’ve loved watching that never made it past season one. Memories of watching some of these great shows get the axe way too early is enough to break this viewer’s heart. Some shows are cut off instantly these days if they don’t break double digits overnight, a far cry from the network loyalty that allowed shows in the past to build audiences over time rather than become overnight successes. Network television has become very cut throat, and execs are left wondering why viewers are not willing to devote their time and invest in a new show. The reason is simple; why should viewers invest in a show and risk having their hearts broken when the networks themselves are unwilling to give a show more than a few weeks to establish a fan base?

When a network drops the hammer on the show, the number one excuse is usually the same: low ratings. If a show fails to garner at least some decent numbers, chances are the axe is going to fall and it wll be gone forever, unless it’s an animated series on FOX. Yet, for some reason, good ratings don’t seem to be enough to warrant a renewal anymore either. This can no doubt frustrate viewers when they the time to tune in every week to watch a show, and despite it doing alright in the ratings, the network still decides to pull the plug. I don’t speak for all viewers out there… but WTF?

This brings me to my current gripe… that being a first year drama on CBS called A Gifted Man. It’s a medical show about a brain surgeon who has some issues that he has to take care of while pulling tumours and whatnot out of people’s heads. It’s a weak premise, but the show works. I like the actors, I sympathize with the characters, and the storylines are decent and not very predictable. Carried by a strong leading man (Patrick Wilson) and a very good supporting cast, it’s a good show that has won me as well as millions of other viewers over.

Since its debut on September 23rd 2011, A Gifted Man has done very well in the ratings almost every week until its finale in early March. With the exception of one week in late October, A Gifted Man has won every time slot it’s been in this year. Let me repeat that: this show has won (as in placed first) Every Week it’s been on the air, with one exception. That one time A Gifted Man didn’t finish first, it was up against game seven of the World Series, and that night it didn’t even air a new episode. Competition on Friday nights has been weak, but should we blame A Gifted Man for that? On more than half the nights it aired, A Gifted Man scored ratings that were almost double those of the show that ranked second in the same time slot.

Here’s a graphic of A Gifted Man and its ratings in the final weeks of its first season:

As you can see here, even a move from 8pm to 9pm on the same night didn’t slow down the ratings. If anything they improved! Not only did A Gifted Man have a solid 8-9 million viewers per week, but it was consistently number one! I don’t know about you, but why CBS even has to think about whether or not they want to renew this show leaves me speechless. Whenever networks cancel a show, it’s all about the ratings. A Gifted Man has won almost every week it’s been on the air, and that still isn’t good enough for CBS to consider renewing it for another year?!

Here’s what I know: on a weekly basis, viewers tuned in and made A Gifted Man a winner on CBS’s Friday night schedule. We tuned in consistently every Friday night and were loyal to their network when watching this show. You’d think that being a consistent number one in the ratings week in and week out would be enough for CBS to renew any show on the spot, right? Not really, according to CBS. The eye network renewed eighteen shows a few weeks ago, and A Gifted Man was not among them. Why not? What more do you want from a first year drama?

As of right now, many television websites are classifying A Gifted Man as “on the bubble”, meaning CBS is undecided on whether it plans to renew or cancel. What the hell is there to decide? Just renew it already! As you could see from the chart I posted, ratings were not only good enough to finish first every week, but looked to be on the rise. There’s a good chance that if this program keeps going, ratings could pass 10 million viewers and possibly climb even higher. All of this adds up to the same conclusion: CBS would be crazy to cancel this show right now.

While I’m not sure which way CBS is going to fall concerning the future of A Gifted Man, I am sure about one thing: if the eye network does decide to pull the plug on this good medical drama, they had better come up with a better excuse this time around. Usually a network would be happy to have a show like A Gifted Man in their lineup, considering how well it’s done every Friday night. Yet for some reason, being number one every week isn’t enough to guarantee a renewal on CBS.

Why isn’t #1 good enough for the eye network anymore?