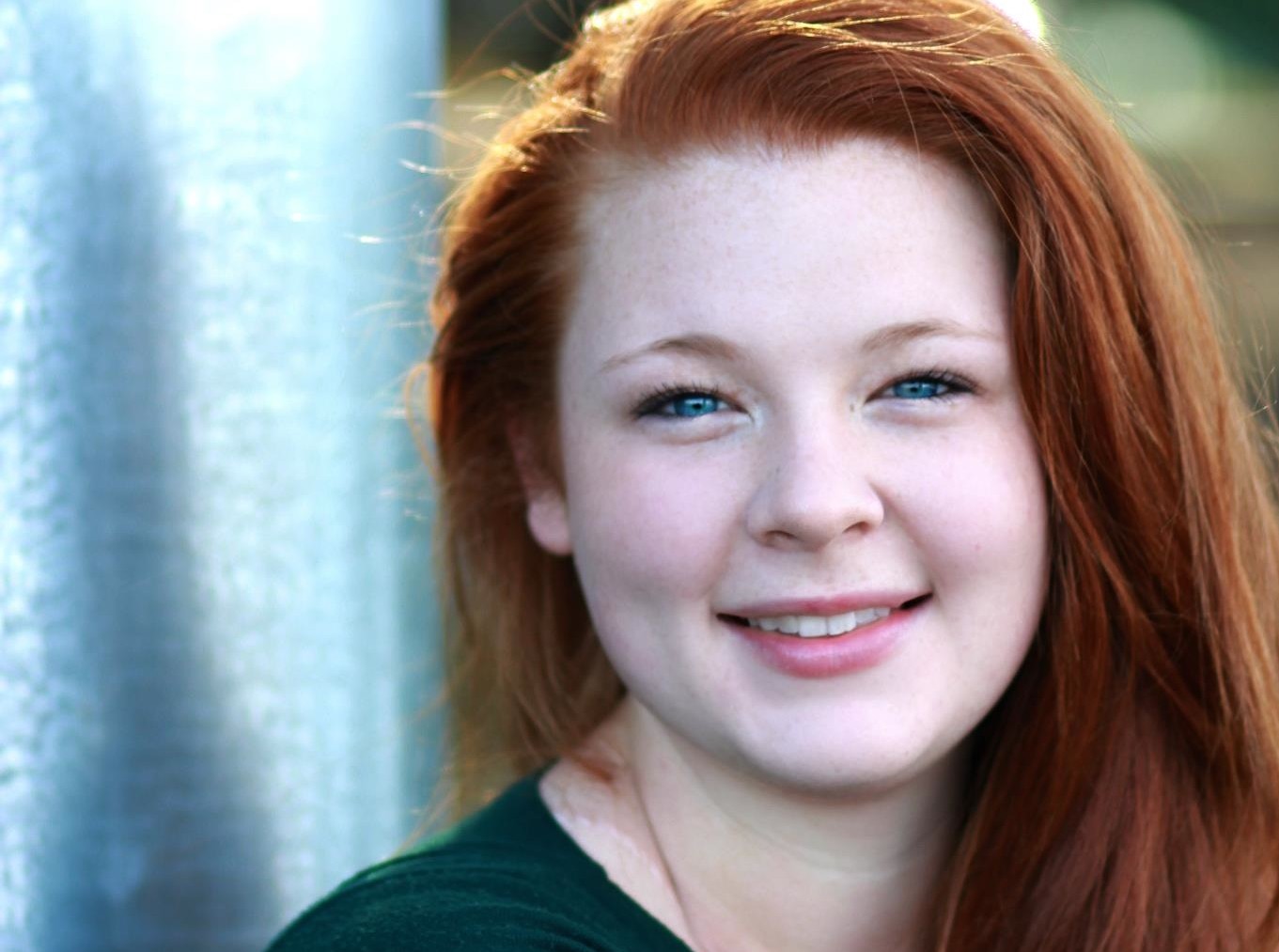 One of Boston University’s best musical theatre talents played her dream role when she was only a sophomore. After stealing 3 previous shows in smaller roles, Stephanie Gray took on the infamous Mrs. Lovett alongside the school’s other best talents in BU On Broadway’s superb production of Sweeney Todd. The production is up for 6 My Theatre Awards in the student division, including Best Director (Brian DeVito & Jillian Angelone), Best Actor (Chris Behmke), Best Supporting Actor (Carl Welch), Best Ensemble, Best Production and Best Actress for Stephanie herself.

Can you remember you first experience with theatre?
My first experience with theater that I remember didn’t happen for me until I was in middle school. I went to a small Catholic School with very little opportunity for any clubs or sports. The summer before 7th grade, the year I switched to public school, I followed a friend to theater camp. The overwhelming feeling I remember having at the camp was actually not very positive. It was a caste-system of popularity and I was not on the radar. It wasn’t a very fun experience actually!

How old were you when you first started singing?
When I was 6. My family had a talent show every year the last night of our vacation and all of my cousins would perform. My younger cousin sang “Somewhere Over The Rainbow” and had this great gimmick where she would make her stuffed dog bark while she sang. I got really jealous, stole her dog and tried to work the barking into my rendition of “Colors of the Wind”. Needless to say, no one thought it was very funny, so I’ve been trying to get the laughs ever since.

Have you always loved musical theatre? What are some of your favourite shows?
I didn’t pick up the musical theater bug until my transfer to public school and my immersion into the drama club and musical crowd. I didn’t even see my first Broadway musical until I was in 7th grade! But I’ve been hooked ever since my friend let me borrow her Wicked CD. Now, musicals take up about 98% of my iTunes collections. I have a rock solid top three musicals: I’m a sucker for any tragic story line, so naturally my favorite shows are Les Miserables, Sweeney Todd, and Phantom of the Opera. Jason Robert Brown’s Parade has been giving my favorites a run for their money, however; I might have to make the top three a top four!

You first caught my eye in Stage Troupe’s Beauty & The Beast. Did you grow up with that movie and use any of the original performance when you played the Wardrobe?
To be honest, during callbacks I had completely forgotten about the Wardrobe, and as the night went on I was so nervous that the directors had forgotten about me! I was so incredibly grateful to be cast in that production. I didn’t end up using the movie as an inspiration because I didn’t think that the movie’s “Madame” character was as flushed out as the musical’s. We as a cast were so blessed to have Jan P Kaim and Joe Colombo as our directors. They challenged us to take the characters past the cartoon-like shells and delve into the past that these people had before they were turned into candelabras, clocks and wardrobes!

Then you did Broadway 180. What was the most fun male number you got to perform?
“The Bitch of Living”! I had so much fun jumping off the chairs and into the audience! We went nuts!

That spring you were Mrs. Mayor in Seussical. That’s such a colourful show. How did you approach playing a children’s book character?
I was cast along side my friend Joe Pratolongo in Seussical, and we went into the project eager to have as much fun with the characters as possible. It was nutty and insane, and I got to give myself a huuuge beehive. (That might have been my favorite part)

You took a semester off from performing to work on Thoroughly Modern Millie. What was it like to be on the other side of the production?
Honestly, it was rough. I took the role of music director because I wanted to help out my group. The Parents Weekend show was in a bind and they needed someone to do it, and I figured it would be a good learning experience. I learned that being the music director of a show can sometimes be one of the most overwhelming and overlooked positions a person can take on. I had 5 weeks to pull together cast vocals and a 22 piece pit. I almost lost my mind. I left that show with intense pride in my cast, especially our Millie, Sophie Miller, whose hard work pushed me through that show, but it also left me a little damaged.

Your My Theatre Award nomination is for Mrs. Lovett in Sweeney Todd. That’s a role that’s been played by a lot of iconic performers. How did you make it your own?
I have had a vision for Mrs. Lovett since I was 15 and my friend in high school slipped me the 2005 revival recording. I worshiped Patti Lupone’s performance, but I wanted to play more to her devotion to Todd. That to me is the most attractive aspect of the role. The devotion that drives her to madness.

Chris, Jillian, Brian and Carl are all also nominated for Sweeney. What was it like working with them?
A huge blessing. Brian and Jill were amazing guides. They had us delving into the depths of the show from day one, and we really broke down every scene to get to the root of the dynamic between Todd and Lovett. Working with Chris was a gift from the theater gods. I’ve never trusted a fellow actor more than I trusted him. We would have rehearsal and then find an empty room and run the scenes over and over to try and perfect what Brian and Jill laid out for us. I couldn’t have done the show without him.

Sondheim can be a tough nut to crack. Did you know the music really well heading into rehearsals?
I think I knew it too well. We used to joke that I wasn’t “invited” to rehearsal because I was already ahead from my years of listening to the revival. There were a few challenges though. The final scene where the story finally unravels had us stumped for a while. It is set in such an awkward meter, and you have to time out the dialogue and singing so perfectly over a seemingly endless movement of music. Balancing that timing with the intensity of the scene took time, and it was so frustrating having to hold back until it was learned.

What has been your favourite role to date?
Mrs. Lovett in Sweeney Todd. Hands down.

Do you have any dream roles you think are perfectly suited to you or something completely against type you’d love to try as a big challenge one day?
I have already played Mrs. Lovett which has always been my dream role, and I’d love to play it over and over. I want to play Lucille in Parade so badly! Another terribly tragic story.

What performers have always had a big influence on you?
I admire Patti Lupone. I think she is a smart, strong, and extremely talented woman, and she has played almost very role I’d die to play. I also love Audra McDolald, Barbra Streisand, Bette Midler, and Linda Eder.

What are you working on now?
At the moment, I am busy with e-board duties for Stage Troupe, auditioning for summer programs, and preparing an independent Junior Recital! I also just found out I’ll be spending the summer in Schroon Lake, New York at the Seagle Music Colony as one of their actors, and I’ll be playing Mrs. Lovett again! I can hardly wait!