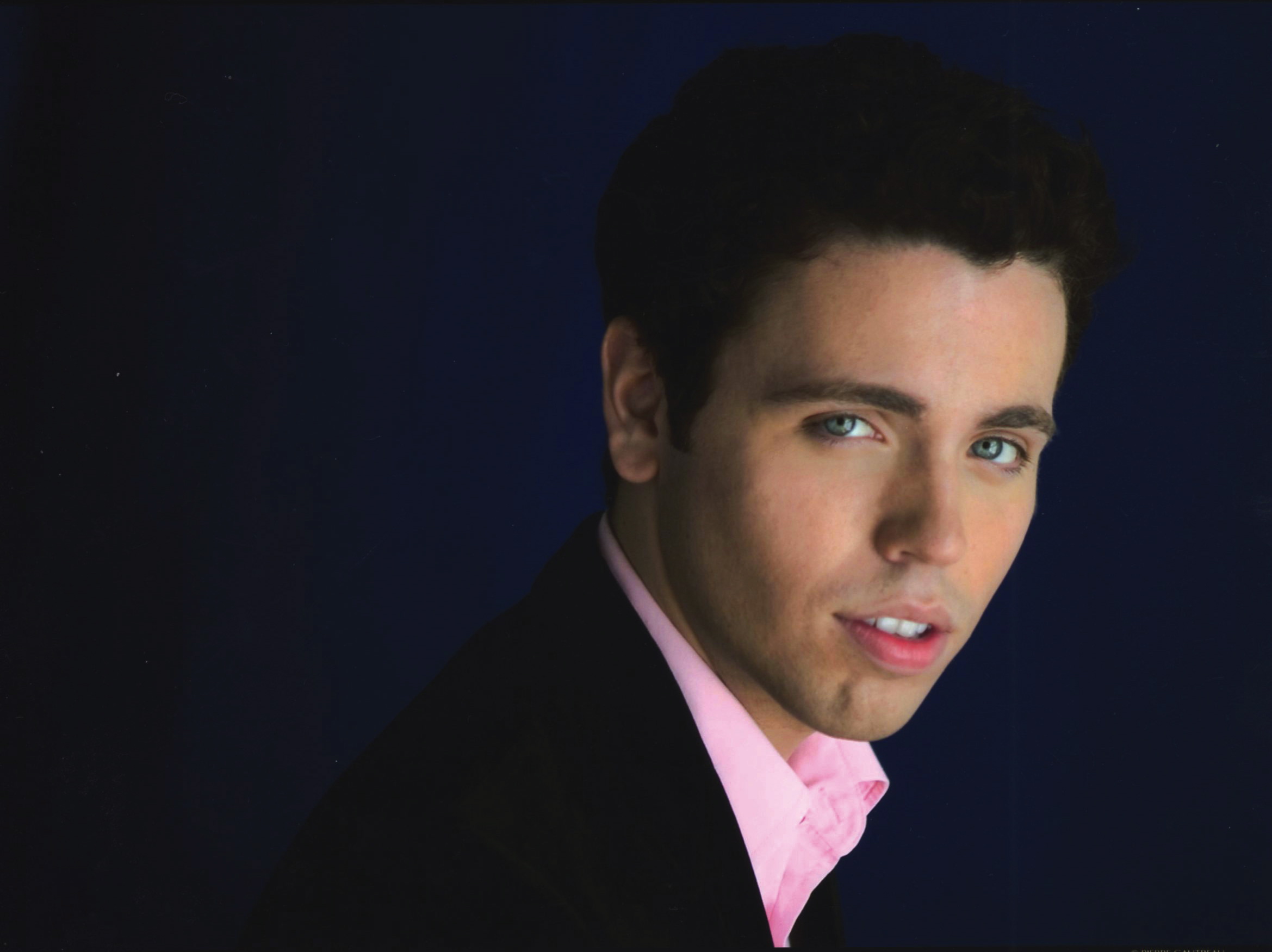 Michael Hughes was one of the breakout performers of the 2011 Toronto Fringe Festival with his heartrending one-man show Mickey & Judy. My favourite production of the festival, the show was an autobiographical recounting of the performer’s childhood and the ways in which Judy Garland gave him solace and confidence. Backed up by superb music director/pianist Chris Tsujiuchi, Hughes more than earned his Best Fringe Performer nomination for his humour, his honesty and that beautiful tenor voice.

What sort of theatre/music training do you have?
I started taking private lessons at a really young age. I majored in Vocal Music at an Arts High School from Grades 7-13. And then I studied Music Theatre Performance at the Sheridan College Institute.  Post-Sheridan, I trained with various acting studios in Toronto, studied stand-up comedy and improv with the Second City, and attended the International Cabaret Conference at Yale University.

What made you decide to write a one-man show?
For as long as I can remember, writing and performing a one-man show was something I wanted to do. But I just didn’t know if I COULD do it.

About two years ago, I got my hands on my doctor’s charts from my childhood therapy sessions. I laughed so hard while reading them and I knew that they were going to be my inspiration for the show.

I started reading excerpts from the charts to my close friends, and they would laugh and say “You need to write a show!”  Then they all sort of banded together to peer pressure me into doing it.  They made it impossible for me to NOT to write the show.  They posted the Toronto Fringe application on my Facebook, they emailed and tweeted it to me. And when I got chosen, there was no turning back.

Exactly how much is autobiographical? Did you elaborate the details at all?
About 95% of the show happened exactly as I describe it. I’m not going to tell you what parts fall into the 5%, but I didn’t really make anything up because I think that real life is way more interesting than anything I could invent.

Describe the process of developing and rehearsing the show.
I started by writing down everything I could remember about my childhood.  Once I had about 200,000 words, I read it back, and a bunch of themes kept popping up.

I am very visual, so I cut out all of the stories and taped them to the walls of my bedroom. And I would walk around and rearrange and remove stories. And eventually, I had the bare bones of my show.

We had a really short rehearsal process.  I think the first time my lighting designer, stage manager, accompanist and dramaturg were all in the same room together was about five days before we opened.  And because the Fringe production was on a very small scale, we were able to rehearse in my living room. The first three times we ran the show, I had to stop because I was just vocally and physically exhausted.  I designed the show for myself but I had no idea how much it was going to take out of me. That was a real surprise.  I also found it really hard to learn my lines. Which probably says something about me as a writer and an actor. I’m still learning!

How did you pick which songs would be included?
Every song had to help tell the story. At the first music rehearsal we sang through about twenty-five songs to see which worked best.  Some of the songs I thought were going to be perfect didn’t work at all, and I would go home in a panic and spend a couple hours trying to find a song to replace it.

Where are some of your favourite places to perform?
My absolute, all-time, favourite place to perform is the Four Seasons Centre.  It is absolutely gorgeous and the acoustics are amazing. I sang West Side Story there with the National Ballet and every night I would walk on stage and start to sing, and my legs would start shaking uncontrollably. It’s so BIG!

The Laurie Beechman Theatre, and Birdland in New York City will always be special for me.  I got my first NYC rave review at the Beechman, and Birdland is so iconic, everyone has sung there. I saw Chita Rivera on that stage! So to get up and work that stage was a thrill, I can’t wait to get back.

The Tarragon, and Toronto Centre for the Arts Studio Theatre; they were home to Mickey & Judy so I feel very comfortable there.
Buddies In Bad Times; singing there is like singing in my living room.

What are some of the challenges specific to a one-man show?
It is physically and emotionally exhausting.  To not leave the stage, to not stop singing or talking for an hour or more, can really tire you out. You really have to rest and be in shape. It is the hardest work I have ever done. And I’m playing ME! Another challenge, in my case, was that I was also the producer, and writer, and promoter, and I was loading in and out, and picking up the money, and making sure the comps were at the door, etc. There is a very real danger that you can and will spread yourself way too thin.

Do you have a dream project you’ve always wanted to work on?
I am a big DREAMER and I want to do EVERYTHING.  I want to work on things that interest me, with people that interest me. I want to keep writing and creating my own work, and expanding and growing as an artist.  I also want to be on Broadway damn it!

What’s up next for you?
There are a couple of projects that have yet to be announced, but I am very excited to share that Mickey & Judy will be making it’s European Debut this summer at the Edinburgh Festival Fringe from August 3-27th 2012.  After that, I plan on doing one or two dates in London, England and then I hope to be flying to another European country to do research for my next show. Then I will be back in North America to debut the show to New York audiences in the fall.

Is there anything you’d like to add?
Yes! Please visit www.mickeyandjudy.ca and read all about the show and our Edinburgh Fringe Fundraiser.  It is a ridiculously expensive endeavor to take a show over to Scotland, so if you can donate to our fundraising effort, please do!