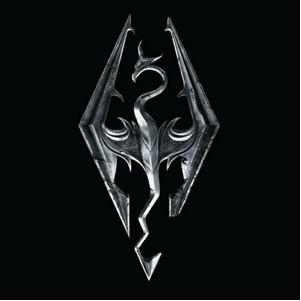 Everyone in my house has been playing far too much Skyrim. Most hours of the day you can catch the faint melodies of dragons lighting a wintery countryside on fire and the clash of Nordic steel. But hold your knowing looks, there is a good reason why Skyrim was such a big deal when it came out a few months ago, and why I’m still excited enough about it now: there’s that much to do. Now, I’m critical, so I have a few bones to pick with this game, but there’s as much to talk about as there is to explore, so I’ll narrow it down to the important things, and give you a quick list of my favorite things to do in the land of Skyrim.

This game suffers from my biggest pet peeve: bugs. Anything from quests, items getting stuck in your inventory, NPC’s refusing to move until you Fus Roh Dah them into a door, to the walls of your cave turning pink. The first month of playing this game was a fun grab bag of things going wrong. We had dragons that refused to land, flying around taunting you but never becoming an active enemy, invisible draugr that were merely wire frames with no texture, and last and certainly worst, a permanently summoned dremora that caused every character in the game to unceasingly berate you for using dangerous magic. The last caused the unfortunate mage to be abandoned. Starting a new character is not as much of a problem in Skyrim however, since the game allows enough customization in your play style to create a new experience. Yes you will be endlessly sent to wind though dimly lit passages to collect important artifact X, Y, and Q, but you can do so in many different ways. A lot of the dungeon crawling aspect comes from the radiant quests. This means that a quests can come from different people or that they can send to different places – awesome. That raises the replay value on the game since things will never be exactly the same, however, the radiant quests are so generic that even if a different member of the Companion’s guild sends you to kill a bandit leader, the conversation/cave is so bland that you’ll never notice the difference. For me, it boils down to a really cool idea that doesn’t actually add much to the play experience.

My favorite thing about this game is its leveling system. It is the closest I’ve seen in a game to truly organic growth. You gain skills points in 19 different areas – ranging in everything from archery to alchemy to speech. You level up, and pick perks to give you an edge in whatever specialty you’ve been using. Unlike Fable or other RPGs of that ilk, there are not categories of experience (melee, range, and magic) but different points for every single skill. You can’t get perks in Alchemy until you’ve gained experience by doing Alchemy. Therefore, you aren’t limited by class or stuck with a specialty, if you want to try two handed weapons after leveling up your archery – brilliant, do both. I chose Archery, Conjuration and Smithing to specialize in. I like experimenting though, so I dabble now and then with Restoration magic, Destruction Magic, and Enchanting. This aspect is what makes replaying those bland caves so fun, you can get a totally different experience by having a different combination of skills. Some things are easier for a sneaky thief than a mage, or vice-versa – that game doesn’t go out of its way to be equal, but as long as you focus in some sort of damage dealing skill you’ll be just fine. Also, there are not enough perks to specialize in everything. This is not one of those games where you end up master of all the elements, and swords, and ranged, plus you’re invisible. You have to choose. At the same time that I love being God of my small goblin-filled world, not having your cake and eating too actually makes you strategize.

I can’t ignore the contribution of the sandbox play style to the high replay value. Once you escape from dragon-infested Helgen, you can go off and do anything you please. You can go pick flowers for days and then join the Bard’s college. It doesn’t matter. There are six major quest lines, twelve daedric quests, and more minor quest than I can count, as well as the semi-random radient quest system that will never stop finding caves for you to obliterate. You can lead the Companions, the Mage’s College, The Dark Brotherhood, and the Thieve’s Guild, along with fight in the Civil War and the figure out that whole dragon problem. Being Dragonborn is your main quest line, but you’d never know it. It is not much longer that the other quest lines and there is never any incentive to complete those quests.

The bottom line is Skyrim is addictive and fun – controls are tight, play is immersive, and it’s just fun. Also, I have to say Bethesda has been working on multiple patches to fix bugs, many of the worst have been addressed and some of the texture problems have been fixed. Improvement is great, but a little backwards to me that a multi-million dollar company is dealing with massive game-breaking bugs in a game we paid sixty dollars to play. But I digress, that is an entirely different rant, and maybe a different article altogether.