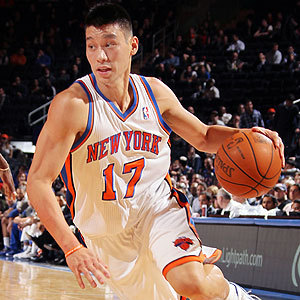 If you haven’t heard of the Knicks’ new superstar by now you clearly haven’t been paying much attention. The 23-year-old undrafted Harvard grad (3.1 GPA in Economics, by the way) has taken the world by storm in a way that no sports star has since, I don’t know, Tiger Woods maybe? Maybe Tebow, I guess, but he had God playing for the Broncos, so that doesn’t count. Lin-mania has gotten so big so fast that the guy has already transcended his sport and become a legitimate celebrity. It’s almost bizarre, but Lin’s is the sort of Cinderella sports story you love to hear.

Read all about Jeremy Lin HERE.