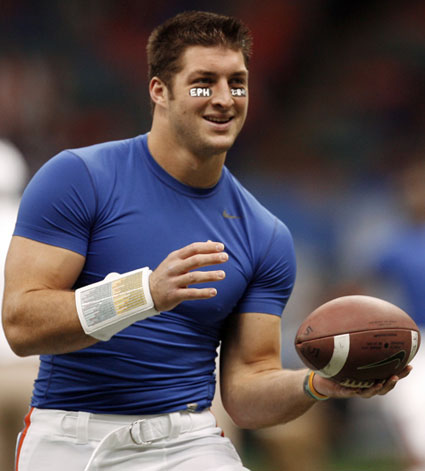 There was a lot of talk when Tim Tebow entered the NFL about him not being ready for the big leagues, being more about the intangibles (great faith, strong spirit, good guy, all effort) than about solid athletic ability. Those people have since shut up.

The star athlete, A student and 24-year-old memoir author’s gameplay is still under attack a bit but his fourth-quarter heroics have led to an incredible winning streak for his Denver Broncos, fueled by unbelievable come-from-behind victories like the one last week in the last seconds of a game against Chicago.

He’s barely just gotten here but, from the SI cover to the internet meme in his honour, it’s clear Tebow’s already a phenomenon.