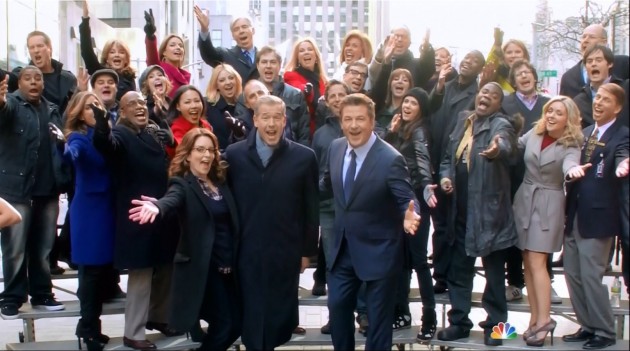 NBC’s “Brotherhood”, You Love It.

The Superbowl had plenty of highlights (check My Sports in the coming days for Jason’s full coverage of the game) but hands down my favourite moment came courtesy of the network airing the festivities. Time was, NBC was the be-all and end-all of television. It was home to my all-time favourite series (The West Wing and Friends) and its DVDs take up the biggest section of my (arranged by network with subcategories by genre and showrunner) wall-spanning collection. It was a great network. Then it wasn’t anymore. Around the time of the writers strike, NBC was known for 30 Rock (and The Office in its weakest years), and that’s about it. Oh, and Law & Order, if anyone who actually likes television watched Law & Order. Those days the stunning difference in quality between ABC and NBC was canyon-like and the joke was that the network’s fate rested on struggling cult show Chuck (which I loved, but was not network-defining/saving). But the National Broadcasting Company has been making a comeback in recent years and somehow we’ve failed to notice.

The Conan-Leno debaucle was a problem, but Fallon is the latenight king at Rockefeller these days; the best ensemble on TV is on Jason Katims’ superb dramedy Parenthood (NBC also holds half the credit for one of recent years’ greatest works of art- Friday Night Lights, again, no one noticed); their comedy lineup is the strongest its been since the Cheers-Mad About You-Friends-Frasier-Will & Grace generations with the best show currently on TV (Parks & Rec), THE defining youth cult hit of its generation (Community), a successfully revamped Office, a still-chugging 30 Rock and this year’s feel-good comedy Up All Night. The Voice is the only watchable singing show on the air (with reality TV’s best judging panel). Saturday Night Live is in a Renaissance period with a great head writer (Seth Meyers) and a strong, young cast (like Nasim Pedrad and Taran Killam) filling in around the best in the business (aka Bill Hader). The Today Show just celebrated 60 years on the air, and people still watch it; Brian Williams is the definitive modern day news anchor (and one of the funnier people around). And the Peacock’s got the most anticipated new show of 2012 in Smash, the surefire success that premiers tomorrow night at 10pm.

While we were watching other things, NBC’s gotten its groove back.It’s easy to forget that fact, or not really know it at all, but when the casts of NBC’s best shows sing you a “Happy Superbowl, America” song, you’ll remember just how much talent they’ve got on the air these days. Here’s the video that’ll make you laugh, make you smile and simply make you realize that contrary to what you may think, you actually do love NBC.