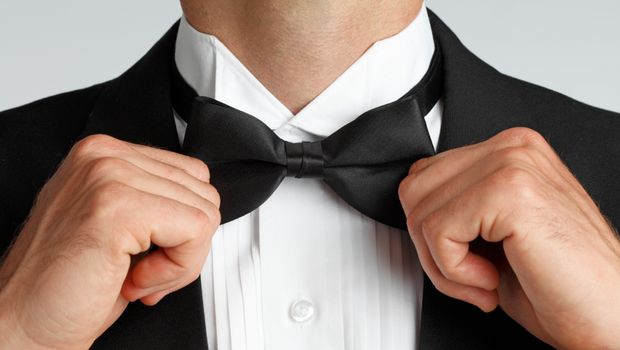 Be The Man… On A Wedding Cake

Be The Man is a step-by-step guide for grooms—going from planning the engagement ring and proposal, all the way to checklists for the big day—written by Chris Easter, the co-founder of The Man Registry (the world’s largest wedding planning website for men).

Just to clear up potential confusion: I’m not a dude. I’m, in fact, not a male of any sub-type or variety. I’m a girl. I’m also not getting married anytime soon (as far as I know. I better not be. Don’t play games with me, universe). But yes, I read a book written and marketed as a guide for grooms. I was curious, I wanted to read it, so I read it. And you know, for an informational guide, this book is pretty fun, it’s also a fast read, which is useful if you know, you’re actually a groom in need of a guide, and actually need to consult the book in real time.

Be The Man: The Man Registry Guide for Grooms takes a practical approach to being a groom and planning a wedding—it breaks everything down into steps, ordered by the typical timeline of the engagement-to-wedding journey, giving options, tips about what tradition says, tricks for saving money at each step of the way, and occasional anecdotes about what other grooms have done and how that worked out (or didn’t). The book also offers smart advice about insurance for various aspects of the wedding (the ceremony, the ring, the honeymoon, etc), how to bring up talking about a prenup without getting your head bitten off for “not believing in us,” and stuff like the legal hoops for wedding licenses and officially changing your wife’s last name. I never really considered how much work this stuff is—but holy cow. Apparently, if you’re going to get married, you better plan on being busy. Despite the book’s practical approach, the writing is conversational, engaging, and funny.

This book wants the groom to know that wanting to be involved in his own wedding does not make him a sissy man, and that if he’s really that worried about it, there are plenty of macho/manly activities associated with the wedding for him to get involved in. The book also really wants the groom to have fun and feel included in the wedding planning process (to whatever extent he wants to go there). The main point is that the wedding day should be a celebration reflecting the tastes and desires of both the bride and groom—and that the groom to get involved and leave his mark on the big day too. And as a mission, I think that’s sweet and modern and right.

In general, the book is really good about straddling the line between traditional and modern—offering thoughtful updates to tried-and-true options. Are you shopping for a ring? Consider eco-friendly or conflict free options (“Because I know how much Blood Diamond affected you”). Writing your own vows or updating them? Consider leaving out phrases like “obey” (gross) or “til death do us part.” Not gonna lie, I particularly appreciated both of these suggestions. But the book does also make clear what tradition says about who usually pays for what, timelines, etiquette, and other stuff that can feel foreign to anyone/incur the stink-eye from the in-laws. I mean, if I get married, I’m going to be bride, but being female sure as hell did not immediately endow me with any inborn knowledge about wedding stuff—and I’m not much for bridal shows—so I was learning plenty while I read this book too. The book always counsels being classy about things, which is nice (and more importantly, could help prevent you from looking silly and dated in your wedding photos).

As something trying to be a universal dude’s guide to marriage, it does a pretty good job, I think. There are some jokes that don’t quite work, and some that personally just weren’t my jam (something about not proposing to a girl using words like “child-bearing hips” or “great tits” unless she’s like that sort of thing, and in which case, why have you waited so long to marry her?- Yeah. Not actually that funny), but that’s more about trying to appeal to all guys who are approaching the altar—which is tough. That’s slightly less than half the population you’re aiming for, so trying to please everybody sometimes means stereotyping. But in general the book is earnest, useful, and has its heart in the right place.

If a you, a guy friend of yours, a cousin, or a brother is getting married or wants to pop the question, it’s probably a good idea to pick up or steer him toward this book, so he knows he’s allowed to have opinions about the wedding without being a girly-man, and so he’s not sweating it out on a limb all alone.

I’ve already given my copy to my younger brother (not that he’s allowed to get married for a long long time)—you know, to encourage gentlemanliness one day in the future.