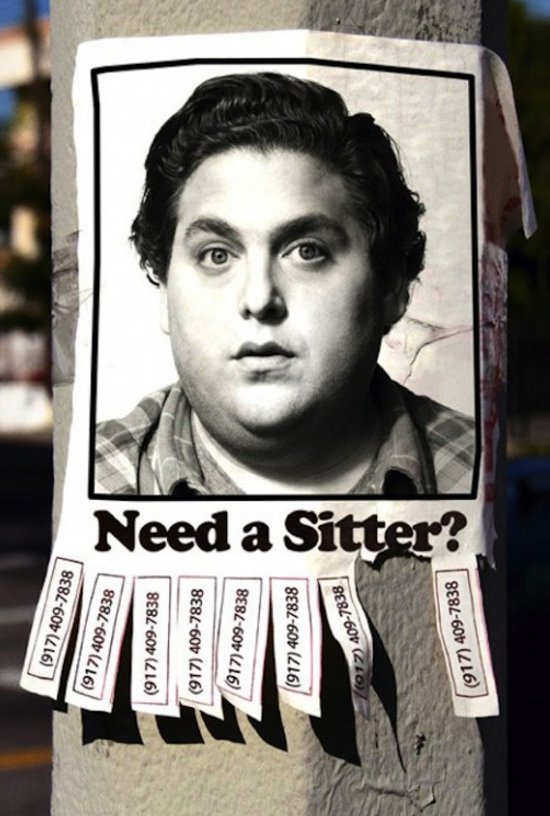 Once art-house director now studio comedy auteur David Gordon Green treats us to a not-so-typical night on the town in The Sitter, an R-rated comedy starring Jonah Hill.

The basic premise of the film involves Hill as a college dropout stuck babysitting for a buxom brunette for the night. When his girlfriend calls promising sex if he can score her cocaine, Hill is forced to uproot the children (see cliché brats) and head into the city to find the drugs. Along the way, you guessed it, everyone learns a life lesson that helps their character arc.

While the first act of this film introduces us to some interesting characters, the following sixty minutes takes them for a night on the town that leaves you less than satisfied. At EIGHTY ONE minutes long, the film still somehow drags in the middle and feels like it never quite starts its engines. The best set piece is easily the gay gymnasium drug den and the movie relies heavily on Sam Rockwell’s portrayal of an insane dealer who keeps his coke in Fabergé eggs.

The film is tightly shot and edited but the story is so predictable that the audience only has the characters to grasp on to, and they lose their luster in the middle of the film. David Gordon Green has the style and panache for a movie with complicated morals and unforgiving characters, but the screenplay could have used a rewrite. Most of the jokes are in poor taste at inopportune times and the asides on race and sexuality come off as insincere and offensive.

Hill tries his best to salvage the heart of this film, but even his charm cannot scrape it together. One has to wonder what lures David Gordon Green to projects like this one. He showed much promise as a studio director with Pineapple Express but his last effort, Your Highness, was a critical and commercial flop. It will be interesting to see what he does next.