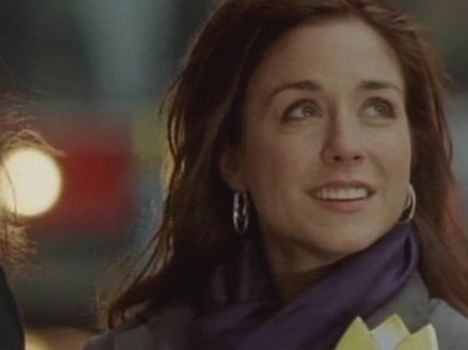 December 12th marked what is most likely the series finale of Canada’s best original series. Though the word hasn’t come down from the CBC officially yet that there won’t be a season 5, creator Jana Sinyor’s been quoted saying this is the end, so I’m leaning towards believing that too. The ever-evolving series’ fourth season served as the titular heroine’s farewell arc, revisiting the beginnings of her own therapy as she prepared to become a doctor and help those like her. It answered as many questions as could be answered about the show’s conveniently ambiguous time travel therapy mythology, wrapped up dangling story threads, and deepened the key character of the heretofore unexplored Dr. Tom, closing the door on his chapter of Erica’s life.

All in all, it was a fitting swan song. While Sam’s baby, Ethan’s single episode and Jenny’s reappearance served as rushed curtain calls (and poor Judith barely showed up at all in season 4), Ivan and Dave’s wedding, the happiness of Brent and Julianne (stupid finale dog story aside) and Kai’s important arc successfully wrapped up the series’ supporting cast. I’ve never quite made up my mind about Adam and Erica as a couple but I was glad to see them breakup at least briefly and was suprisingly happy that they got back together, it was an important getting-over-herself that Erica needed after a series of imperfect relationships with wonderful people.

With series creator Jana Sinyor stopping by 50/50 press in a cameo as the first writer in Erica’s oft-dreamt-of fiction department, an ethereal metaphor scene bidding a final adieu to Leo, and the revelation that the newly happy Dr. Tom’s troubled daughter Sarah will be Dr. Erica’s first patient (though her father has left Erica’s life for good), Being Erica wrapped up by spinning its characters forward into whatever’s next.