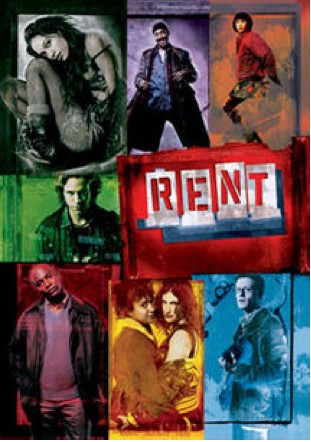 As a regular movie, Rent doesn’t exactly have classic status. With Chris Columbus’ stagey direction and lack of personal voice, Rent isn’t even a particularly good adaptation of the Broadway musical from which it’s based. The actors are all too old for their parts. The film lacks cinematic urgency. And the once-cutting-edge play about a group of New York bohemians turns into a surprisingly conventional piece of “we should all love each other” fluff.

But as a Christmas movie, Rent is kind of great.

The story of a make-shift family’s heartbreak and hope is exactly the kind of crap that Christmas movies were made for. The momentary triumphs, abject horror, and desperate yearning for meaning in a world that can seem heartless and cold are the most moving tropes that I have experienced throughout this whole experiment. And this particular group of ragtag misfits, compiled of society’s castoffs, is profound in their devotion to the idea of their family.

During the non-Yule Tide part of the year, I find Rent’s politics incredibly frustrating even as I find the songs obscenely catchy. But during Christmas time, I think that tenants SHOULD be allowed to stay in their apartments rent-free and with ample provisions in terms of electricity. There’s a very traditional sense of “goodwill towards men” that Rent embodies, despite its seemingly fringe setting, that fits in perfectly with the pantheon of It’s a Wonderful Life and Miracle on 34th Street.

If Angel, dressed up as lady stripper Santa, singing a song about murdering a dog and giving money to people, isn’t the Christmas-iest thing you see this year, then I don’t know how to talk to you.

Rent tells the story of 7 friends in late 1980s New York, ravaged by AIDS, poverty and drug abuse. Along the way, it touches on love, friendship and loss. The movie adaptation is occasionally given to histrionics, and it definitely loses a lot of the original play’s kinetic energy, but that cast and the emotions remain strong (although this movie is the one that made me hate Idina Menzel for about two years). And belief in the idea of love as transcending the seasons that a life goes through, while cliché, is particularly moving when accompanied by so many varied depictions of what love means.

• Doing a 99% Watch on a film that’s whole premise is about a group of un and under-employed young kids unable to pay their rent and being pushed out of their homes by an uncaring real estate magnet is a little absurd; but suffice it to say that from the opening number of “Rent” and the immediate appearance of Taye Diggs saying “get your ass off the Range Rover,” to the huge protest about homeless rights, this movie is more socialist than the Muppets.

• My mom’s summary of Rent: “Christmas Eves are the bookends, held together by heroin and Aids… Merry Christmas.”

• The movie’s take on love: you can find it if you’re gay (Angel and Tom), if you’re a lesbian (Maureen and Joanne), if you have AIDS (Roger and Mimi), but not if you’re a heterosexual white dude with no discernable medical history.

• Why do musical characters all think that Santa Fe is the promise land?