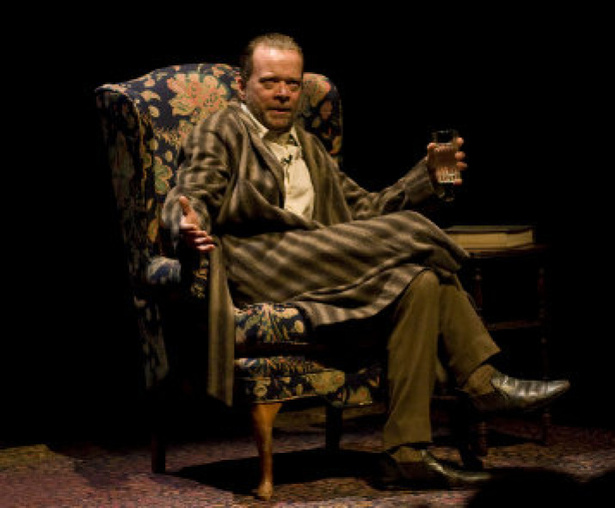 Ted Dykstra’s solo interpretation of Tolstoy’s novella was a fascinating and engrossing work. A dynamic and surprising performer, Dykstra captivated an audience for the entire run time by doing nothing more or less than telling a story. Within the profound piece that framed artistic collaboration as the ultimate intimacy, Dykstra faced the impossibly lonely task of doing it all on his own- adapting, directing, memorizing, performing- it was just him.

What the performer called a “lonely and horrible process” yielded painful and heartbreaking results as he, as the tortured character Yuri, led the audience through his journey of insane and irrational jealousy, severe self destruction and ultimately violent crime.

Yuri is indefensible yet somehow Dykstra made me understand him, even, god forbid, take his side a little bit. He’s right about artistic collaboration, it melds people together in the most inextricable of ways, making Yuri’s descent both understandable and all the more horrifying as he ends not only a life but a potentially fruitful collaboration.

According to Dykstra, when he brought the production to Soulpepper, artistic director Albert Schultz gave him a single note: “I don’t think you need to leave the chair”. The effect was that this thunderstorm of a man was confined to a single armchair centre stage in a limiting spotlight. The play was all the more terrifying for it.

I have a friend who’s a fight director and he once told me that an extended arm threatening a knife wound is far less dangerous than if the knife were in a hand held close to the body. The former can’t go any further, it can’t reach you. But the one kept close, you never know when it could strike you. Yuri’s armchair confinement had the same effect, because the audience understands that he’s not really confined. He’s ready to erupt. The threat that he could pounce at any moment and we didn’t know how far he could go- that was scarier than any threatening blocking that could have been physically worked in.

It being such a solo act, Dykstra had the artistic freedom and material understanding to play around with the part, even mid-run. Every performance of The Kreutzer Sonata was different as Dykstra slipped into the character he knew so well and acted through the text ingrained in his mind, following that night’s instincts instead of a tested flight path. That impulsivity resulted in a truly alive performance, a production brimming constantly with possibility, always with room to pounce.