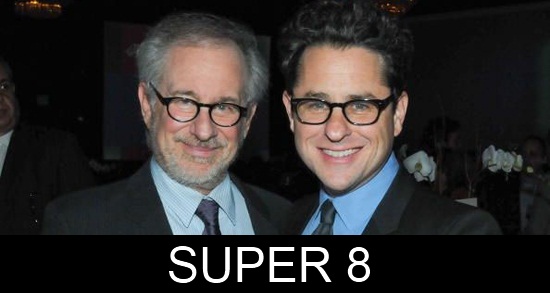 When I was in film school, it was common to start off the introductory classes by going around the room and asking everyone who their favorite director was. I would sit, nervously anticipating my turn, as every other student rattled off Sundance-approved names both obscure and less so. Aronofosky, Lynch, Soderbergh, Nolan (this was in the days before The Dark Knight, when you could still be cool for loving Nolan because he hadn’t yet gained COMPLETE popular dominance). Or occasionally people ran out the classics card, and touted off Kubrick or Bergman. And when it came to me, I inevitably squeaked out “Spielberg?”

Now, partially, if I’m being honest, this was my own version of film-student-rebellion. I grew so sick of everyone trying to one-up each other with their “I know someone older, foreigner, and more punk rock than you” game, that I figured the best way to counteract that was to name the most successful, modern, and decidedly un-punk rock director currently making quality films. After all, saying Spielberg was your favorite director as a film major was like claiming George W. Bush was your favorite president as a poli-sci major. But despite this rebellion, mostly I answered Spielberg because, well, I’ve just always adored the work of Steven Spielberg.

On one particular class introduction day, a particularly heinous Teaching Assistant took one long, contemptuous look at me and said, “Well, after you’ve studied movies a little more, you’ll realize that everything Spielberg does is just derivative of better directors.” By and large, I was not the type of student who felt the need to challenge professors or their under-paid underlings, TAs. But my blood began to boil. As my bank account would happily attest, practically every cent I had made up until that point in my life had been spent on seeing, enjoying, and purchasing movies. I had educated myself as best I could, and wasn’t now spending $40,000.00 a year to be called an under-educated idiot. So I responded with a rant that went something like, but probably less well worded than, this:

You didn’t ask me who was the most original or ground breaking director working in Hollywood. You asked me my favorite director. He may be taking pieces done more daringly or more effectively by other directors, but it is exactly Spielberg’s ability to make amalgamation popcorn blockbusters that makes me love him. His movies don’t hold his audience in contempt, they invite them to share in a universal joy through film making. So once again, in answer to your question, and regardless of the ‘originality’ of his work, Steven Spielberg is my favorite director.

I’d like to pretend their was awed silence, but I think the TA just rolled his eyes and moved on to the next person, who happily answered that his favorite director was the little known Swedish director Mllbbimalbalk who exclusively made films about sheep rape that were meant to represent the oppression of Balkan farmers. Still, I stand by my position that Spielberg deserves more academic praise than he gets. In 50 years, he’ll be seen as a classic of our time, and no one will have heard of Mllbimalbalk (mainly cause I made him up).

All this is to preface my reaction to, and enthusiasm for, Super 8. In no way do I think that this movie is for everyone. It is a relic from an older age of movie-making, and may not immediately appeal to people not ready to let themselves sink into the narrative. But it’s J.J. Abrams (an excellent pop-movie maker in his own right) doing Spielberg! And doing a damn fantastic job in the process.

If Spielberg’s work was pulling from different sources to create wonders that were pure Spielberg, then Abrams here is pulling from the greatest hits of Spielberg to create something distinctly Abrams. Gang of wise-cracking, fantastically characterized kids? Thanks, Goonies. Bikes? Oh, HEY E.T. Action sequences that effectively mix the personal and the epic? Indiana Jones, party of one. Legitimate, not cheap, scares? Pure Jurrassic Park. Mommy and Daddy issues a-plenty? Paging Dr.Every-movie-Spielberg-has-ever-made. But the end result is not just a clip-show of Spielberg moments. Instead, Abrams fuses them together, and adds in his own brand of witty adventure film to glue all the pieces securely in place.

The creation is the definition of a fun popcorn movie. In the middle, I remember distinctly thinking that this is the type of movie that you see when you’re too young to get all the pot jokes, and grow up quoting and, if kids today still went to Blockbuster, forcing your parents to rent over and over again.

It’s not the empty calories of your average Transformers movie either, nor the heroic grandeur of the modern superhero epic (not that there’s anything wrong with either type of movie). This is a wide-eyed chronicle of joy and terror and being twelve and making movies and trying to figure out the world around you. It is almost jarring to see a movie this sincere being made today, and if it weren’t for the technical expertise, expert dialogue and character creation, and kinetic movie-making style the whole thing could feel immediately archaic. Instead it comes across as timeless , informed by the 30 years that have passed since the film’s setting, but not worried about the lack of cool gadgets and post-modern flourishes in terms of engaging its audience.

This is confident, joy-filled movie making at its finest. The child actors in particular do a fantastic job of selling the reality of the B-movie-esque premise with surprisingly strong, emotionally satisfying performances across the board (and Elle may have nudged out Dakota for the best Fanning actress award).

Of course, if Abrams can be said to be pulling from Spielberg’s greatest tropes, he can also be said to have inherited a bit of his problems. The last seven minutes are more treacly than necessary, and the final resolution of the monster/alien-movie-paradigm fails to fully gel. But then it’s all pulled together by a credits-sequence movie that is the very definition of fun and goofy and realistic, and that further underscores the fact that Super 8, as its title warns you, is as much about how damn cool it is to make a monster movie as it is about the mysterious force tearing apart the town of Lillian.