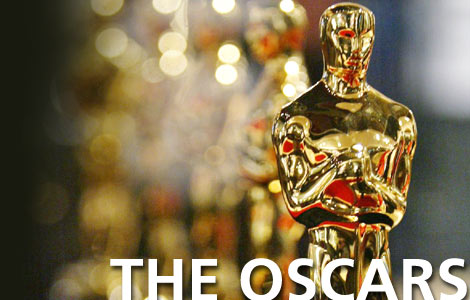 So Apparently The Oscar Nominations Were Announced…

In recent years, my wide eyed enthusiasm for the Oscars has dampened a bit. I can basically trace the moment back to 2006, when Crash beat Brokeback Mountain, and I learned that (despite what I’ve learned from thousands of Hollywood movies) the most deserving film doesn’t always win. Big shocker, I know. When The Dark Knight failed to even garner so much as a nomination, I pretty much gave up caring. And since then my passion for what I once described as “my Super Bowl” has dwindled. Last year I could barely muster up any enthusiasm for the crop of idiosyncratic nominees.

But I’m actually pretty okay with this year’s nominees. Sure there are some glaring omissions (really, no Danny Boyle for best director for 127 Hours? That entire movie was crafted out of the blood, sweat and tears of James Franco and the ridiculously kinetic movie making style of Danny Boyle, even when trapped in one very tiny space. And the decision to honor Michelle Williams for Blue Valentine but not her partner in domestic lack-of-bliss Ryan Gosling was somewhat disconcerting), but by and large I’m pretty happy with a crop of nominees that really spans the spectrum between crowd pleasing blockbusters and weird indie films. On top of that, I’m sort of strangely optimistic for the hosting duo of Anne Hathaway and James Franco, an optimism that is only increased when I listen to interviews of James Franco who claims he found out about his nomination only minutes before attending a Keats class at Yale.

Without further ado, my none-too-scientific response to the Oscar nominations and predictions of who should win (I’d say who would win, but I am notoriously bad at Oscar predictions, having pathetically lost at the past seven years’ Oscar ballots).

REACTION: I’ve seen all but one of these films (Winter’s Bone), and frankly enjoyed most of them. There’s not a single film on this list that seems glaringly undeserving, and I like that it spans genres (from horror to kids films). While I’m not entirely sold on the whole 10 Nominees thing, I do think it gives a chance for the Academy to include movies that aren’t just the typical flow. I’d have loved to see a surprise nomination for the under-recognized-despite-critical-acclaim The Town and maybe some additional love for the challenging Blue Valentine, but I’m excited to see The Kids Are All Right and 127 Hours on here. Basically, this category comes down to a three way competition for me between Black Swan, The Social Network and The King’s Speech. If you’d told me this summer that I wouldn’t even be considering Inception, I’d have called you crazy, but I really loved these three movies.

PREDICTION: The Social Network. I loved Black Swan, and thought the King’s Speech a moving piece of classic cinema. But The Social Network is infinitely timeless, a modern day tale of hubris and loneliness that rivals anything produced throughout time and produced with infinite talent and personal expression.

REACTION: Besides my aforementioned disgust at the fact that Ryan Gosling wasn’t recognized for his fantastic turn in Blue Valentine, I can definitely see most of these nominees. And it basically comes down to a two way race for me, between the cool, collected-to-the-point-of-nearly-psychopathic turn by Jesse Eisenberg in “The Social Network” and the one man show that is James Franco in “127 Hours.”
PREDICTION: And it’s Franco, by a nose. Eisenberg’s turn is nothing short of revelatory in The Social Network, but he’s a part of an amazing ensemble. Franco is a tour-de-force in the film and it’s entirely his performance that makes the movie.

RESPONSE: To start with, I haven’t seen Rabbit Hole, but I’ve heard Kidman’s amazing. And both The Kids Are All Right, Black Swan, and Blue Valentinewere all actorly paradises that allowed their lead actresses to truly shine. In a year that seemed kind of weak on female performances in retrospect, it’s still striking just HOW strong these performances are.

PREDICTION:I’m going with Natalie for this one. She had to completely transform her own public image along with her body, and she did it in a way that not only felt real amongst a horror-pastiche of magical realism but also managed to anchor the story in a true emotional core.

RESPONSE: And here’s where I become a crumudgeon. For the past 3 years, I have sincerely believed that an animated film was the best of the year. And this year, three of my top ten movies were animated (Toy Story 3, Despicable Me, and Tangled). But this category is kind of bull hooey. First of all, Toy Story 3 is already nominated as one of the BEST films of the year. That means that of all genres, all movies made last year, Toy Story 3 has been recognized as one of the best. How, therefore, can it be judged against two movies that were not so nominated, and have anyone expect any movie but Toy Story 3 to win? I’m not saying that Toy Story 3is a lock (although traditionally Best Animated Feature Film has been all Pixar all the time), I’m just saying that in an awards ceremony that doesn’t distinguish by ANY other genre, it’s ridiculous that animated films are treated differently than other genres, especially when animated films have consistently been some of the best films of the year

PREDICTION: That being said, Toy Story 3. More or less guaranteed. How To Train Your Dragon was a surprisingly effective success story, and The Illusionist is the little cartoon that could, but Toy Story 3 was a trilogy capper unparalleled in the history of trilogies. It’s a truly gorgeous ending to a film saga that has literally chronicled my generation’s childhood while helping older generations come to grips with the loss of their own.

REACTION AND PREDICTION: I have no more on this category to say besides Christian Bale. He has consistently been the best actor of his generation (sure, snicker because of Batman, but I will stuff so much American Psycho, The Machinist, Rescue Dawn and 3:10 To Yuma down your throat), and he more than deserves this nomination for his energetic, sympathetic and above all funny turn as a washed-up boxer in The Fighter.

PREDICTION AND REACTION: Hailee Steinfeld should be a lock for this category, mainly because she singlehandedly makes True Grit the excellent picture that it is. Adams and Leo are fine in The Fighter, Carter is her typical excellence in The King’s Speech, and I haven’t seen Animal Kingdom, but Steinfeld shows a grace, maturity and most of all bad-assness in True Grit that not only makes the movie, but makes me want her to be the protagonist Katniss Everdeen in my new favorite book, The Hunger Games (which check out my hunger games reviewif you want to know what a big deal that is for me).

REACTION: If Danny Boyle were nominated, I would say he should win, hands down. I’m also surprised to see a lack of Chris Nolan here (I imagine it’s a bit of Inception backlash).

PREDICTION: Darren Aronofsky, by a nose. I think David Fincher pulled off something fantastic with The Social Network, but I think Aronofsky walked a tight rope with Black Swan that I believe he fell just on the right side of. He staged a cinematic ballet-turned-horror-story that held me captive from beginning to end. That being said, I won’t be upset if it turns into the David Fincher show.

There are a few other categories that I care about (Best Adapted Screenplay should be a Social Network lock, Best Original Screenplay should be Inception, and Cinematography should easily go to True Grit), but mostly I’m just interested in how this many talented films play against each other in the race towards the Academy Awards.