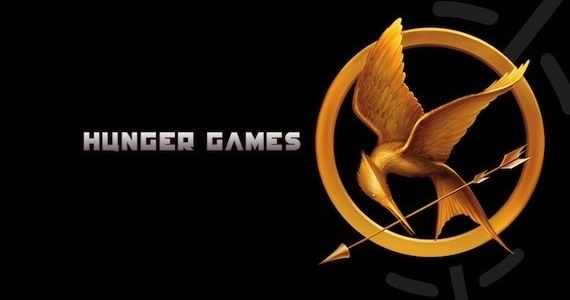 I think people who grew up when I did take for granted the idea of EVENT books. I spent most of my adolescence waiting with baited breath for one Harry Potter book or the other. Add to that the insane, giggly phenomena that is Twilight, and kids starting from the late 90s on were used to the idea that a book launch could be just as exciting as a movie premier, Jonas brother concert, or Zac Effron sighting.

But one of the major downsides (for me) of the end of Harry Potter was the end of that feeling –> to those months of build up, the endless predicting and questioning, and that desire to add a Wiki-countdown to my desktop. When Harry Potter ended, I knew I’d never again feel that so intensely.

That’s still true (sorry if you thought I’d finally found a true HP replacement), but I am finding myself in anxious anticipation for a new book that I wanted to bring to everyone’s attention: Mockingjay by Susan Collins.
Mockingjay is the final installment in The Hunger Games Trilogy, a book series that I have been dying to give a proper write up since we first started this book. Very, very briefly (I’ll publish a full review of the first two before Mockingjay comes out on the 24th), The Hunger Games takes place in a dystopian future where North America has turned into a series of Districts (1-12) ruled fascistly by The Capital. Every year, in punishment for a rebellion 75 years ago that led to the destruction of District 13, The Capital requires each district to send a boy and a girl, ages 12-17, to The Hunger Games. The Hunger Games are battles to the death in which only one “tribute” can survive.

The books follow Katniss Everdeen, a girl who literally has no parallel for awesomeness in the world of young adult fiction (in other words, Bella Swann she’s not), as she attempts to survive this world.

If none of that has hooked you, I don’t blame you. It didn’t hook me, and I love both young adult fiction and dystopian societies. What a description of plot can not give you is the book’s sense of humor, adventure, and break neck pace, or the way that the romantic subplots (yeah, try and hold back your groaning) are actually compelling and believable, even if you don’t typically swoon. The Hunger Games books are, quite simply, the best young adult fiction I’ve encountered since The Golden Compass, and also completely resists connections with other books. Suzanne Collins has created her own, unique, and fascinating world, and any of us would be well-put to spend the next twenty days reading the first two books in the series: The Hunger Games and Catching Fire.

Mockingjay will be out on August 24.