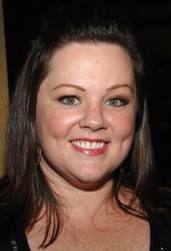 Gilmore Girls/Samantha Who comedy queen Melissa McCarthy is joining Kelsey Grammar on Hank this fall. That there is enough of a reason to watch (even if there’s no love lost between you and the former Frasier Crane)

Summer Glau’s guest turn on Dollhouse is no longer rumour and fantasy but reality. Whedonites rejoice!

That guy who played the newest Superman, who looked like a Ken doll (Brandon Routh), he’s joined Chuck as the new head of the intersect project.

Kristin Chenoweth will, obviously, appear on Glee this season…but she may not be the same perky sweetheart we know her as.

Kim Dickens will be back as Matt Saracen’s mom for at least a couple of his 7 farewell episodes on Friday Night Lights.

90210 is currently looking to cast a West Beverly student who is “heavier than [the] girls on the show.”… thank god.