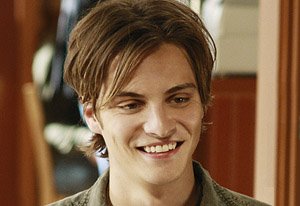 Things I Don’t Care About

Anything to do with Ryan Walker. The big haired manipulative brat is possibly the worst thing to ever come out of a Berlanti show. He’s badly written, REALLY badly cast and just a general nuisance on an otherwise lovable show.

Addison Montgomery’s sex life, or that of the people she works with (except maybe Cooper’s). Someone please explain to me why I’m supposed to care that Addison hasn’t had sex in like a week and a half.

The plight of High School Reunion’s “Ugly Duckling” or “The Wannabe”. They are annoying. Bring on “The Homecoming Queen” and “The Skate Punk” instead.What happened to Daniel Farraday. My guess is a mental breakdown, but it could be that he was sucked into a metaphysical time/space vortex- either fate is fine by me.

and
Whether or not Chad Michael Murray and Hilarie Burton will be returning to One Tree Hill next season. Sure it was always his show but everyone’s been tuning in to see Nathan for years now.