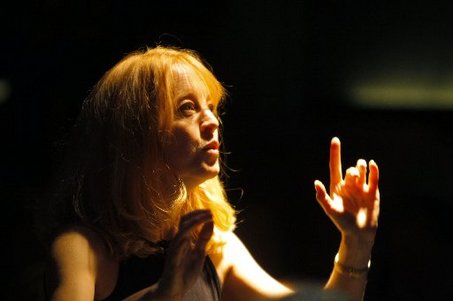 What I love this week….

Yvonne Strahovski on Chuck. Proving week after week that Buffy was really kind of a lame character afterall on the grand scale of hot blond super crime fighters.

The fact that it’s Oscar week. I love the Oscars.

The Deathly Hallows Lectures by John Granger (the Hogwarts professor)

The Amazing Race 14. It’s back! and already people are being chased down hills by killer runaway cheese wheels. Also, the guy who wrote “School of Rock” is running with his dad, there’s a mother/son team (the son happens to be deaf), THREE sibling teams and a very promising married couple (the ones who don’t refer to themselves as “hillbillies”)

Tristan Wilds. Not only is he adorable on 90210, but there was a woman across the aisle from me on a plane the other day who was watching The Secret Life of Bees and I couldn’t take my eyes off her screen whenever he was in the scene. There’s something to be said for being that captivating when sharing the screen with poohbahs like Dakota Fanning, Queen Latifa and Paul Bettany.