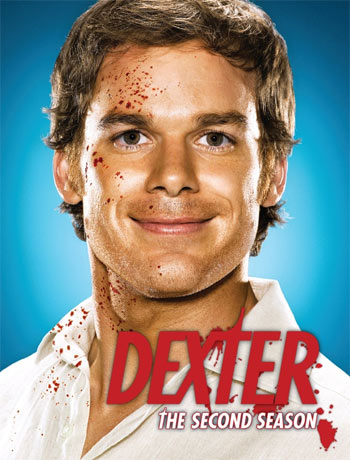 Dexter Season 2
Almost, if not as, good as season 1, Season 2 (which I finished yesterday) had me hooked to the very end. The season solidified my opinion that Michael C Hall is the best TV actor of his generation and also threw even more light on the talents of Julie Benz (Rita), Jennifer Carpenter (Deb), Lauren Velez (Laguerta), David Zayas (Angel) and Erik King (Doakes) than the previous season had. I can’t wait to see what season 3 has in store.

So far this is a pretty standard season for my favourite family drama. The one thing that’s really seperating it from previous seasons? A new sort of distinction for Robert McCallister (Rob Lowe). In seasons past, Robert has served mostly just as Kitty’s husband, an idealistic stock character who sometimes moved the plot along, a fifth business if you will. But this season, Robert has already had more than one rousing speech that not only mad me cheer but also alienated most of the Walker family- I’m loving it. His recent decision to hire Kevin only promises more fantastic Rob Lowe-y goodness to come.