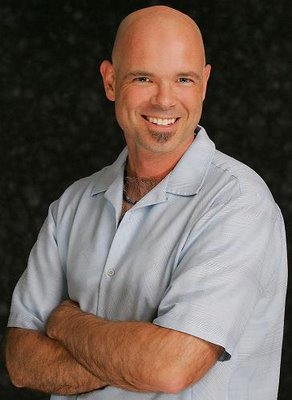 MY TV’s FIRST EXCLUSIVE INTERVIEW: a one-on-one with Bunky

A couple days ago I got the opportunity to have a one-on-one discussion with one of Big Brother‘s most popular and memorable houseguests of all time, Season 2’s Bunky Miller.

After placing 5th in his season, Bunky continues to be a part of the Big Brother community, co-hosting HouseCalls (the Big Brother Talk Show) regularly with host Gretchen Massey and even returning to the Big Brother house for special occasions like this season’s 10th anniversary reunion food competition.

The following is a transcript of my conversation with Bunky. Please feel free to post your thoughts in the Comments section on this page and check out the upcoming podcast review of Big Brother’s 10th Season.

First of all, thank you so much for agreeing to an interview.

So, after your time in the Big Brother house, how did you get hooked up with HouseCalls?

“One thing I’ve learned in life is that when horrible things happen, it usually means something great will come next. I didn’t get chosen for All-Stars and was really depressed about it, but a week later CBS called and said since Marcellas was doing All-Stars, he couldn’t host HouseCalls. So they asked if I would step in”.

“Being funny with Gretchen. I love laughing with her. I enjoy her vibe. Also, the excitement of a live show, not knowing how its going to go and being pleased with ourselves and the outcome after it’s over”.

What do you think about this season’s winner, Dan, and the way he played the game?

“He played really well, he has a lot of personality traits that you need to win. I, personally, don’t care for those traits in a friend or acquaintance, but I will give him credit for not slamming people personally. I don’t like that in order to win the game you have to backstab and lie and use people; to me those are all negative things I try not to do and I don’t like that by doing those things you win money. But you can’t create a game that just rewards good people”.

Did you have a favourite houseguest this season?

“Renny. She was so funny and genuine and full of energy. I actually want to go to Mardi Gras and set up something with her to help raise money for hurricane relief”.

Did you go to the Season 10 wrap party and meet the cast? Who surprised you the most and who was exactly like they were portrayed on the show?

“Who surprised me the most? Jessie. I went to interview him after the show ended. I loathe arrogance and I was ready to be a pit-bull with him and be really tough but I saw another side of him. I saw a very sincere guy, who had been really beaten down, he was dreading all the interviews, he was afraid. I saw the Jessie we saw when he was trying to help Dan when he was crying”.

“And who was the same? Renny was exactly as she seemed”.

“But I felt sorry for Jerry. In my opinion, Jerry is a mean, nasty old man and when I interviewed him I felt sorry for him. My uncle is similar in age and I felt like ‘what if I was interviewing my uncle’. I also thought he might have Alzheimer’s because I called him on some of the things he said to the women and he denied them- I didn’t know if he was lying to me or if he had been drunk at the time or something?”.

What about overall, what and who have been your favourite seasons and houseguests in Big Brother history?

“I’ll be honest with you, I watched season 3, but there was no reason for me to watch 4, 5 and 6. I wasn’t doing HouseCalls yet and after actually being in the house it’s tough to watch the show”.

“I have a warm place in my heart for Chicken George. To me he’s like the pioneer and I will always have respect for the people who did season 1”.

What and who were the worst seasons and houseguests?

“Ill just do from season 2, because those are the people I lived with. I have to say Chilltown: Will, Shannon and Boogie”.

I’m watching Season 2 now, what was the highlight of the season for you?

“There are lots of classic moments in our season. Looking back on it, I feel that I was very boring on the show. It was 7 years ago and I had lots of agendas, representing the gay community and everything, which was something I didn’t want to do”.

“Some of the highlights were when Justin held a knife to Krista’s throat; Shannon scrubbing the toilet with Hardy’s toothbrush; and when Monica went ballistic. You lose your mind in the house, she was always cool and then she just went crazy. And at the end of the meltdown at Kent she looks at me and says ‘don’t you have anything to say’ as if I’m going to support her”.

I know you get this question all the time, but what’s the hardest part about being in the house?

“Being cut off from society. The house has changed a lot since then, but in our season we didn’t have a clock, a washing machine, no microwave. Not being able to communicate and never seeing anyone but the other houseguests, people you don’t know or don’t like. You never see the camera men or anything, nothing of the 150+ person crew”.

What was the hardest competition you ever had to compete in while in the Big Brother house?

“The physically hardest was the mechanical bull. I had bruises and scabs all over my legs and around my ankles from that”.

“Skill-wise, my HOH competition in which I lost to Hardy and he ended up evicting me. I had to drive a remote control car through an obstacle course. I’d never played with them when I was a kid so I had to pick up that skill right then. Even today, I can’t stand to look at those cars because I think about the fact that if I’d had that skill I might have won half a million dollars”.

What was the worst twist in Big Brother history?

“I can’t remember a lot of the twists. I just know that I would not want to be in there and then there’s my ex boyfriend- that would be hard”.

“America’s Player was a cool idea but this season they figured out that [Dan] was America’s Player. They have to come up with stuff [the houseguests] wont know about”.

“And I don’t like when people come back in. We always make the joke that Kaysar’s had 3 chances to win the half mil. It’s just not that fair”.

If you were asked to come up with the next big twist for Big Brother season 11 what would you propose?

“I would like to see another HOH trump, like coup d’etat. That was a twist that flopped because Boogie never used it. A twist like that would be cool. In my season once the nominations were up you knew one of them was going. Then, when they introduced the veto it got more interesting. I’d like to see another thing like that so you never know for sure how the week will turn out”.

Are you returning to HouseCalls in season 11?

“I don’t know. They usually call me about a week before”.

“I just bought a condo in LA and I was so grateful to be called back for the food competition this year where I stumped Libra and won some money. That $1000 bought my dinning room set. I will eventually be putting items on Ebay to raise money for the ‘Erase Hate’ campaign, but also the “Bunky needs furniture” campaign.

And, last but not least, I have to ask, what’s your favourite non- Big Brother TV show?

“I’m actually hardly ever home, I don’t even pay for cable, I have rabbit ears but I get the basic channels. I still love reruns of Will & Grace. Let me think, … I have a whole list, I can’t pick just 1: Two and Half Men, American Idol (I do sing, not as well as them, but I enjoy the talent and the delusional people. I actually take credit for the outtakes show because before they did that show I sent Fox an email suggesting it), and, I didn’t think I would but, I got hooked on The Biggest Loser because I like seeing people succeed and I like the transformations. And I battle with food every day, I might have a food addiction, well I wouldn’t call it an addiction, but I eat when I’m upset. I abuse food”.

Is there anything else you’d like to say to the readers?

“I just had this thought that if I could have my wish it would be that everyone would take time to do volunteer work for a charity. Like if Jessie spends 3 hours in a gym a day, I’d like to see him only spend 2 hours and then spend 1 hour volunteering”.

Well, thanks for talking to me, all the best and maybe we’ll hear more from you next summer when Big Brother returns.

“You’re welcome. My pleasure. Nice talking to you, Kelly”.